The Nissan Rogue has won fans in a tough, competitive segment for well over a decade and remains a stylish, well appointed, versatile vehicle that is easy to use and easy to like.

The small but significant improvements that have made it one of the most popular vehicles in the Japanese automakers model line in the United States through thick and thin.

Overview: The 2020 Nissan Rogue is full of comfort and convenience features and a steady road presence that has made it so appealing to customers from across the United States and well worth the consideration of any buyer looking for a utility vehicle.

Exterior: Nissan has a strong design tradition, which has influenced the appearance of many of its Asian competitors, and the Rogue has a strong, stylish exterior design that continues to look fresh and unique, which is a difficult feat in a crowded segment.

In addition, the Rogue maintains a strong face with its own unique appearance, including LED daytime running lights and fog lamps that mark the vehicle as a Nissan product

The 2020 Rogue exterior also includes LED taillights and a distinctive spoiler. The 19-inch wheels on the version I drove also helped dress up the 2020 Rogue’s overall appearance.

Interior: The interior of the 2020 Rogue is spacious and one of the areas to see improvement. Older versions of the Rogue could seem rather dowdy. But the steady upgrading of the material used throughout the interior as well as the use of soft material is critical spaces have made an appreciable difference in the across the vehicle’s cabin.

Visibility from the driver’s seat is good and the nighttime lighting is soothing but doesn’t distract the driver. The 2020 Rogue also benefits from the skill of Nissan’s designers who have created a space that is both comfortable and functional as everything from the cupholders to the heating controls are in easy reach. 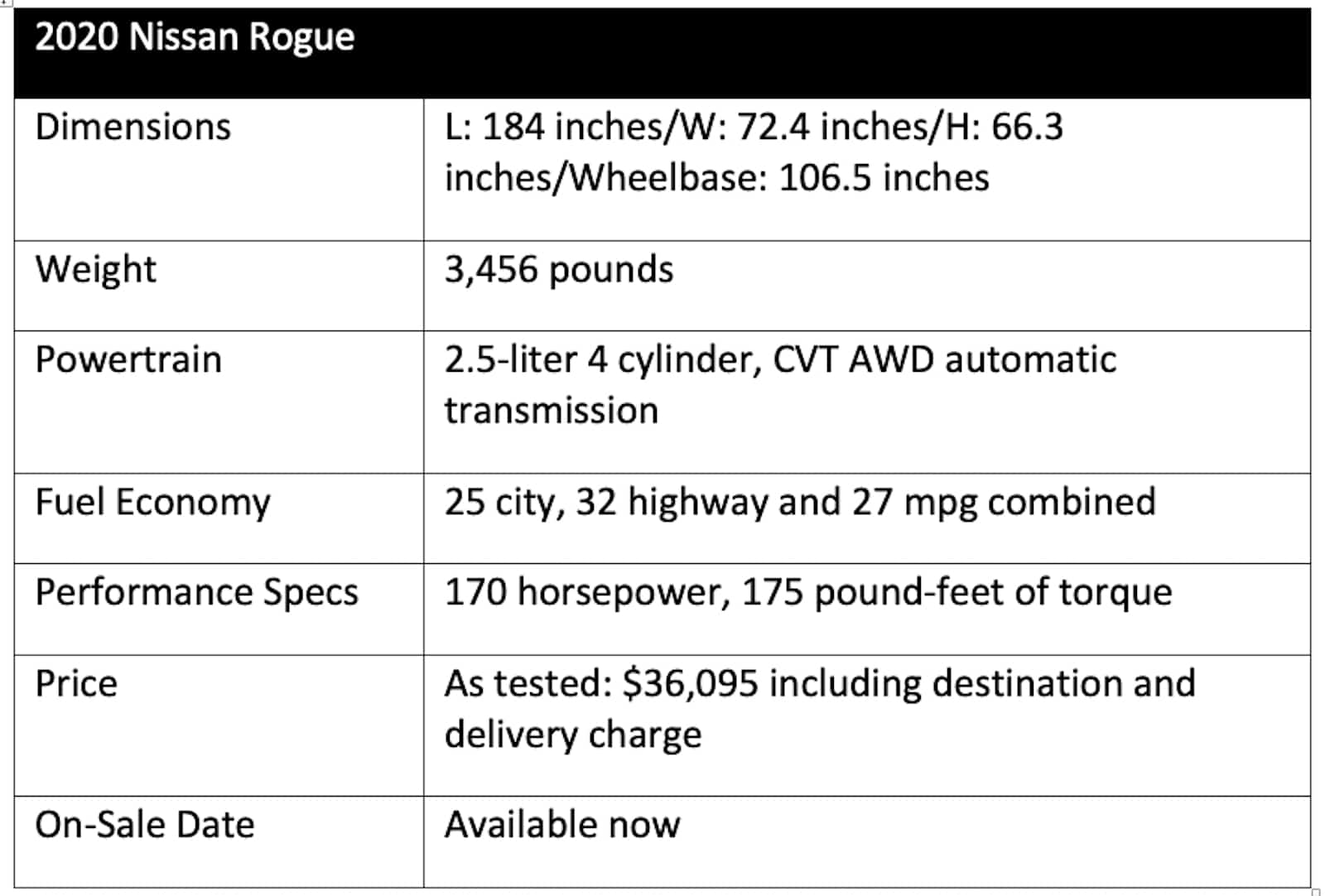 Powertrain: The Rogue is powered by a 2.5-liter, multi-valve four-cylinder engine that produces 170 horsepower and 175 pound-feet of torque. It is matched up to continuously variable transmission or CVT and the version I drove also included an all-wheel vehicle and hill start assist.

The 2020 Rogue also has pretty good fuel economy for a utility vehicle designed to carry five adult passengers with a combined rating of 27 miles per gallon, which includes 25 mpg in the city and 32 mpg.

Driving Impressions: CVTs often don’t make a good impression on the road since it seems they can’t make up their mind about which gear they ought to be in to move the wheels.

However, one of the pleasing things about driving the 2020 Rogue is that the CVT was essentially invisible, which meant the shifts seem clean and timely. In addition, the 2.5-liter engine had plenty of pep when needed and driving dynamics, thanks to the solid suspension, responsive steering and solid brakes were quite good.

Wrap Up: The 2020 Rogue, while it’s been around for years, seems quite capable of holding its own in a crowded segment where new entrants are piling up like off-ramp traffic on one of Los Angeles’ freeways. However, it should be noted the Rogue is slated to be replaced for the 2021 model year by the third-generation Rogue, which will feature a rather complete update. 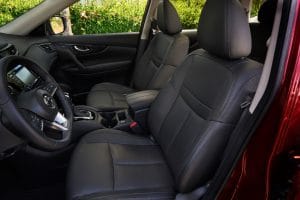 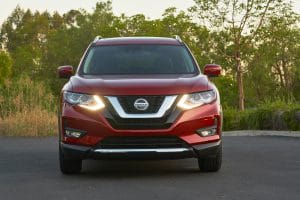