Every August/September in metro Detroit, the roads are flooded with muscle cars of every make, old and new. The rumble of big-horsepower V8s echoes through neighborhoods and on city streets as the annual Woodward Dream Cruise calls these cars out from their slumber.

However, this is a different year than most and the cruise, which draws hundreds of thousands of people to the event was cancelled – although that didn’t stop thousands from flocking to the what is now one of the most famous roads in the U.S. to flex some American muscle.

Some of that muscle was made available to TheDetroitBureau.com: the 2020 Dodge Challenger R/T 392 Scat Pack Widebody. And while we didn’t head to Woodward, the Challenger managed to see plenty of road time during our week with this beast and it certainly lived up to its billing.

Overview: The Challenger has been largely unchanged for nearly a decade now and the upside to that is the engineers have had time to make it a really, really good vehicle. Buyers have rewarded the automaker by continuing to buy it – and its four-door Charger sibling – in strong numbers.

While some may turn their nose up at a vehicle that has remain largely unaltered for approaching 10 years, we would argue that it makes sense to not mess with a good thing. The 392 Scat Pack attracts a lot of attention everywhere it goes and, yes, it’s plenty loud, it’s the overall look that makes heads turn moreso than the rumble of the SRT Hemi-powered V8 engine.

Exterior: Nothing on the street looks like a Challenger (well, maybe the Charger). It exudes raw power, aggression ­– bordering on anger, we might say – and even machismo. The widebody package takes the Challenger to another level, making it look more aggressive and powerful than its thinner counterparts. The 392 badge on the front fender is an unmistakable homage to the car’s past.

… “It’s simply a car that will not be ignored, and during our week in it, we can say that it was not just the noise it makes that got the attention.” …

The fender flares aren’t the only “add on” that enhances the new-age muscle car look. The large splitter on the front end and the small, roof-mounted spoiler round out the look. The small round headlights separated by the blacked-out front grille almost makes it look the car should let out a low, guttural evil laugh when it starts. Our test vehicle was painted what Dodge calls Triple Nickel. It’s an unpretentious color that accentuates the fact that this is, at its heart, an uncomplicated car: get in and go fast.

Interior: The somewhat retro theme of the Challenger carries over into the interior. Simple, but stylish. The Scat Pack interior is a compelling mix of nappa leather and alcantara that is attractive and functional. The black alcantara seats all feature the 392 logo to match the exterior badging. The seats were relatively comfortable (“we” are a wee bit on the bigger side), and the alcantara definitely keeps you firmly planted in the seat during “performance testing” maneuvers. Our test model was tastefully awash in black with red and silver accents that coax you into wanting to drive fast.

Although this is an uncomplicated car when it comes to its looks and performance, there’s plenty of high tech embedded in this beast. The technology in the car is first presented in with the 8.4-inch Uconnect touchscreen that not only allows you to control the radio, navigation and climate controls, but also to customize the car’s driving features.

You can adjust all of the car’s nanny controls through this screen, right down to setting up the Launch Control. We’ve been told that Launch Control is an impressive feature allowing you to quickly, easily and repeatedly imitate your favorite funny car or drag race driver — not that we tried it. Nope. Definitely didn’t try it. (It’s really good.)

Powertrain: Despite the fact that it has R/T in the name (i.e. Challenger R/T 392 Scat Pack — not sure if that’s correct name or if I just audibled out of a running play into a passing play), it’s actually powered by a 6.2-liter Hemi V8 putting out 485 horsepower and 470 foot-pounds of torque. Our model had the TorqueFlite 8-speed automatic with the requisite paddle shifters. The combination does an excellent job of getting power to the tires, ensuring you are requisitely pushed back into your seat when you put the pedal to the floor.

Using the paddle shifters is fun and does give you a little bit of the feel of a manual transmission, but they certainly cannot replace the entire experience of driving stick. The hesitation between shifts, the thrill of physically running through the gears while gaining speed and the feeling of control over the car that one gets with a manual is intoxicating — and we’d have been power drunk if our test version came with a six-speed.

The 8-speed does provide a couple of positives, primarily better than expected fuel economy, which is just 15 mpg in the city, but 24 on the highway and 18 combined. During our limited runs on the freeway it did appear to meet the 24 mpg mark, but much of our driving was on surface streets and we put it through its paces on a regular basis and our combined number was a little over 16 mpg. That result was more about our driving than the car’s ability to meet the EPA number. 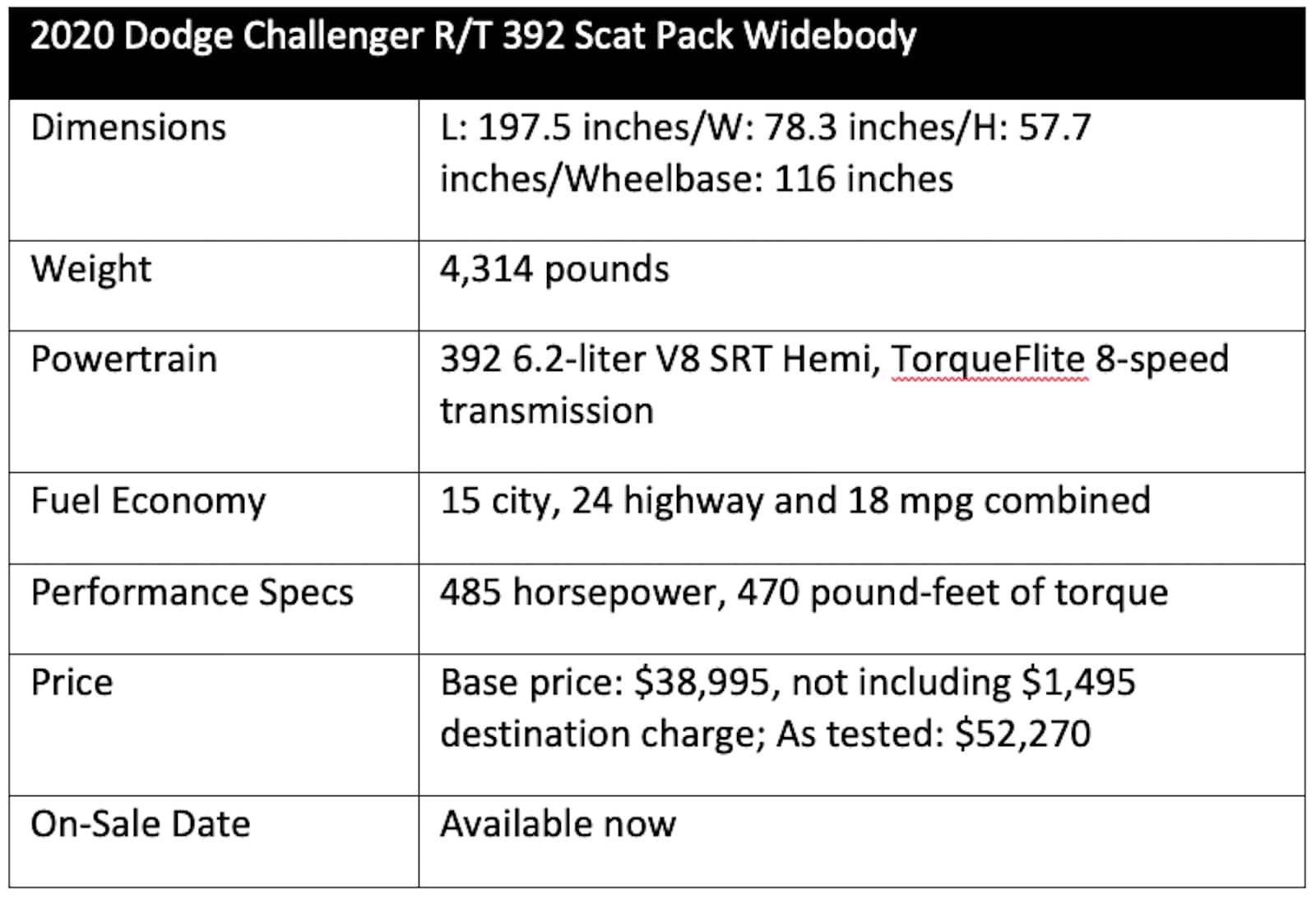 Safety & Technology: If you’re going to go fast, you need to be able to stop fast. The R/T 392 Scat Pack can definitely do that with 6-inch Brembo ABS brakes. Occupants are protected by airbags distributed throughout the car as well as driver assistance technologies like all-speed traction control and electronic stability control.

Technology not only keeps the occupants safe, but it also helps the driver go fast — with control. As mentioned earlier, the Launch Control and Line Lock functions are also accessed through the center-positioned touchscreen. In fact, the driver can really set up the car to drive the way they want with this system, and it provides actionable feedback to help you improve the setup for the best result.

It also comes with plenty of infotainment-based tech to make the overall experience a good one, including Apple CarPlay and Android Auto options as well as an excellent navigation system. The voice commands with the Uconnect were heard, even over the roar of the engine and it even comes with 4G wifi, although we didn’t test it.

Driving Impression: Does it go fast? Check. Does it look good? Check. Does it feel good? Uh … sort of. “We” are a big, round man — not necessarily in the 95% of all drivers – so it was a little tough to get in and out of and the seat bolsters were a little uncomfortable. However, other smaller (read: thinner) occupants reported they were “just fine” as we sped from place to place. The engine is responsive, even as an automatic, and provides not just a satisfying sound, but impressive performance as well.

It’s not designed for rally car driving, but we felt like it can handle the curves and bends reasonably well and overall it was a comfortable place to be. All of the controls were reachable without much stretching and visibility in this car was better than in some of its competitors like the Ford Mustang or Chevy Camaro.

Wrap Up: Muscle cars come with plenty of preconceived notions attached to them — and some well earned. The 2020 Dodge Challenger R/T 392 Scat Pack Widebody (just changed our pass protection package with that audible) pushed some of those aside. It’s a powerful, great-looking vehicle with performance to match. Best of all, with all of the goodies and plenty of oomph (sure, 707hp and 807hp are better, but 485 is still REALLY fast) it’s affordable as new performance vehicles go, coming in at $52,270 as tested, including the destination fees.

Whatever the engineers and other folks are doing over on the Challenger/Charger team, this latest edition of the Challenger suggests they should keep it up. 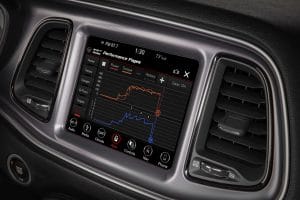 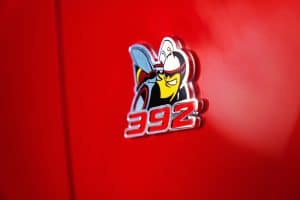 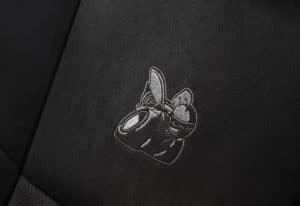