Antique car show flea markets commonly have vendors selling old license plates for anywhere from a few dollars to thousands. But how about paying as much for a license plate as you would for a collector car?

That happened on Sunday, when one bidder paid for $34,000 at auction for the first Chicago, Illinois-issued license plate, one valued by the auction company at $2,000-to-$4,000. But it was the first one issued by Chicago or in Illinois.

In 1900, Arthur Jerome Eddy, a well-known Chicago attorney and early auto enthusiast, became the city’s first holder of a license plate for a motor vehicle, earning badge number 1. In 1901, he assisted in establishing the Chicago Auto Show, and helped start the Chicago Motor Club, which evolved into the AAA Motor Club, the following year. He wrote several books about cars, including “Two Thousand Miles On An Automobile,” which was released in 1902.

According to The New York Times, Eddy drove 2,900 miles in two months from Chicago to Boston and returned, setting an auto distance record. He averaged 100 miles a day in an unnamed 8.5-horsepower car, driving as far east as Boston.

Eddy’s plate, the number “1,” stamped of aluminum and measuring 6 7/8 inches- by-11 7/8 inches, was the first one issued by the city of Chicago in 1904, three years after the first Chicago Auto Show. Few survived since the thinly stamped aluminum plates were easily damaged. The city moved to more robust brass plates the next year. Chicago was among the first cities to issue license plates, which took the place of the badges that drivers were required to wear while driving a car. Chicago stopped dispensing plates when Illinois began issuing a state plate in 1907.

Collecting license plates is a hobby, one that has spawned the Automobile License Plate Collectors Association (ALPCA) of Hampton, Virginia. This is not a neophyte organization, having started in 1954.

There are any number of plates, with the oldest dating from before 1900, including passenger and non-passenger vehicle plates, special-issue plates, and vanity plates. Most plates cost just a few dollars, but others command far higher prices.

Plates are most plentiful in the U.S. and Canada, and complete runs of plates from a particular state are possible in a relatively short time. They make for great garage art. As you might expect, the oldest plates from any state cost the most, and can take the most time to find. U.S. plates are easy to find since the U.S. has always been a car-friendly country from the automobile’s earliest days, something not true of older, European countries. This makes finding old foreign plates more difficult, and more expensive.

Finding old plates isn’t difficult, as the ALPCA is an excellent place to start, with a list of regional conventions and guides to what to collect and what to consider. For those looking for continental plates, Europlate, a license plate club based in Europe, is another good resource.

Plates can be pricey

That said, other old plates have brought big money. A 1906 Virginia license plate made of porcelain brought $12,000, as their material ensured few have survived. But other state plates bring big money for other reasons. Collectors assumed that Mississippi didn’t issue a 1913 plate because the state’s economic poverty meant there were few cars. But one plate has surfaced, and brought $50,000. Alaska proves to have the priciest plate, a 1921 sample, one of four known to exist and issued by the territory of Alaska before becoming a state. It’s valued at more than $60,000. 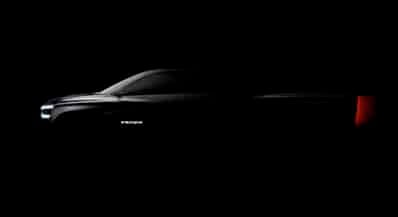