The Rearview Mirror: A Cheesy Movie and a Real Race

This week in 1975, participants in the third Cannonball Run break a cross-country record

Cannonball Run: a cheesy movie about a legendary race. Run four times between 1971 and 1979, this week in 1975, the third race was won by Jack May and Rick Cline in their Ferrari Dino 246 GTS, in 35 hours and 53 minutes, beating the record by one minute.

While the real race died with its creator, the legendary Brock Yates, senior editor of Car & Driver magazine, many have tried to revive it. However, there was only one “Cannonball Baker Sea-To-Shining-Sea Memorial Trophy Dash,” its name coming from Erwin G. “Cannon Ball” Baker, who set 143 cross-country driving records between 1915 and 1933.

“Every automotive competition in the world is encumbered by a thicket of confusing rules,” Yates wrote in 1971. “The Cannonball Baker had but one — All competitors will drive any vehicle of their choosing, over any route, at any speed they judge practical, between the starting point and destination. The competitor finishing with the lowest elapsed time is the winner.”

There was no prize money; only the S-K “Nutmaster” trophy — a free-form sculpture of wrenches, hammers and pliers fabricated and donated by the S-K Tool Company.

Why the third race matters

For fans of a fast and furious lifestyle, the race has become legendary. Yet the third race matters for one reason: it is the only one recorded for posterity by one of its driving teams: retired U.S. Army colonel Jim Atwell and Checkered Flag Porsche salesman Chick Stanton, both from Virginia Beach, Virginia.

That didn’t stop Atwell and Stanton, who do a practice run from the Red Ball Garage in Manhattan, where the race starts, to The Portofino Inn in Redondo Beach, California, where it ends, taking meticulous notes in an accounting ledger.

Dashing coast-to-coast in 36 hours and 6 minutes, 12 minutes short of the Cannonball record, they earn a coveted spot in the next race, run in 1975.

To give themselves the best chance of winning, Atwell procured a new 1975 Porsche 911 Carrera. He also borrows his daughter’s portable Craig cassette tape recorder to record their run. It remains the only live recording of the original race.

Competitors could leave at any time during the starting date. As the pair wait to start, Atwell turns to his driving partner. “We’re going to catch Yates between here and Columbus,” he said on the recording.

“Alright, the stamp is being affixed,” Stanton said as a Cannonball sticker is affixed to the windshield. “There it is Jim, let’s go.”

Tires squealing, engine revving, pulses racing, the Porsche’s roar reverberates throughout the garage as Atwell and Stanton find their way onto the street. They make the first traffic light.

Whatever luck the pair had faded upon reaching Pennsylvania. “The weather’s been rough as hell,” Atwell says. “A lot of rain, scud, ground fog; and the fields are flooded on both sides of the highway.”

Compared to their 1973 run, they’re already running slower. The rain persisted through to the Midwest, intensifying the pressure caused by the din of the Citizens Band radio, the radar detector and the Porsche’s non-stop cacophony of engine drone, road noise and a barking exhaust.

“Although the CB radio is a great warning device, it’s a pain in the ass to have to listen to it constantly,” Atwell says. “We’re both going to be deaf by the time we get to Los Angeles.”

What the Cannonball requires

It’s hard to overstate the challenge of participating in The Cannonball Run. Drivers had to maintain a high rate of speed with little eating, drinking or sleeping. They had to carry multiple driver’s licenses, in case they were pulled over and their license taken. And in an era before ATMs, they had to carry thousands of dollars in cash to pay for speeding tickets that resulted. Two other racers had been already been nabbed.

“And now, we’re tiptoeing like hell out of Oklahoma,” Stanton grumbles, slowing down to 75 mph.

“We’re trying to behave ourselves long enough to get out this state,” Atwell says.

“That’s not easy when you’ve been in the damn state for 10 hours,” Stanton replies, laughing.

Closing in on a legend

“We’ve come across all the states without a bit of difficulty,” Atwell said, noting that the 911 had made it easy. Being a Porsche, it’s built with endurance racing in mind. That, and a bit of luck, found them in California without the major issues that had befallen other Cannonball participants.

“We haven’t had to step on the brakes sharply, or slow the car sharply, or swerve to avoid anyone; we haven’t even had a near miss with any kind,” Atwell said. “It’s been a very smooth and uneventful trip.”

“It was fun,” Stanton says as the pair reach the Portofino in 38 hours and 58 minutes. Averaging 74.5 mph, they place 7th out of 18 cars. Among those who had also run the race was Bill Warner, founder of The Amelia Island Concours d’Elegance, driving with Tom Nehl, an experienced racer and IMSA veteran. But the winners are Jack May and Rick Cline driving a Ferrari Dino 246 GTS across the country in 35 hours and 53 minutes, beating the record held by Gurney and Yates.

“It was over,” Yates wrote at the time. “The Cannonball Baker Sea-to-Shining-Sea Memorial Trophy Dash had entered the annals of sporting minutiae, leaving future generations to decide what it meant, if anything.” 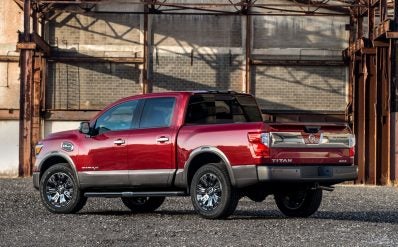 One response to “The Rearview Mirror: A Cheesy Movie and a Real Race”