With driving becoming more dangerous, there are steps you can take to ensure your safety.

In a fit of holiday cheer, The National Safety Council estimates that 798 people will be killed on American roads during the upcoming holidays; 371 during Christmas, and an additional 427 during New Year.

The NSC says more lives would be lost if not for seat belts, which the organization estimates will save more than 310 lives. If everyone buckled up, an additional 180 lives could be saved during the holidays.

“I urge every person on the road to take safety personally and focus on making it home safely to celebrate and make memories with loved ones,” said Lorraine Martin, NSC president and CEO, in a statement. The organization didn’t provide an estimate for how big an increase in fatalities is expected. A phone call from TheDetroitBureau.com has not yet been returned.

Drugs and alcohol are a big problem

Not surprisingly, the NSC says that 38% of Christmas fatalities and 36% of New Year’s deaths are a result of driving while intoxicated. What makes it particularly sad is that these deaths are 100% preventable.

So too are deaths from driving while drug-impaired. According to the National Highway Traffic and Safety Administration (NHTSA), 45% of drivers killed in fatal crashes who are tested for drugs, test positive.

That doesn’t mean people aren’t going to die behind the wheel during the next two weeks; it’s just less likely than during other holidays.

You can ensure a safe trip during the holidays by following a few simple rules:

“We can all do our part by buckling up, driving sober, slowing down, avoiding distractions and looking out for one another,” Martin said.

The NSC says driving is becoming increasingly more dangerous, with preliminary estimates of driving fatalities rising 16% in the first six months of 2021, with more than 21,400 motorists perishing. 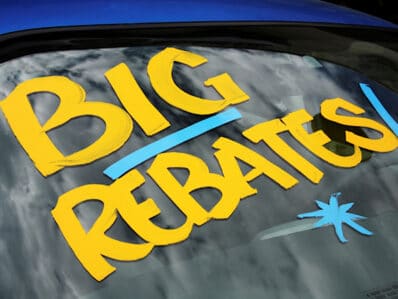