Add Bill Gates plus Warren Buffett and You Get … Elon Musk

Tesla CEO’s net worth comes in at $230 billion.

Remember when Bill Gates was the world’s richest man, well, he’s only half the man he used to be — at least when it comes to that title. Tesla CEO Elon Musk is now worth twice as much as Gates or at least Gates plus Warren Buffett.

As of Friday morning, the Bloomberg Billionaires Index estimated Musk’s net worth at about $230 billion, which has him — once again — ahead of former Amazon chief Jeff Bezos. The drop from first to fourth is steep as Gates is No. 4 at $130 billion.

Buffett, known by fans as The Oracle of Omaha, is No. 10 on the list at “just” $102 billion. He and Gates at one time we’re both holders of the “Richest Person in the World” title. Bezos is No. 2 at $191 billion, but he too has his own rocket company.

Not only is Musk in charge of EV maker Tesla, he’s also got his own rocket company, SpaceX, which is valued at $100 billion. The success of both companies this has upped Musk’s personal worth by $60 billion, of which a recent stock sale of SpaceX added $11 billion.

Musk’s never made much of the “richest” title publicly. To that end, neither have Gates or Buffett. In fact, the latter two are trying to slide down the list some more through philanthropy.

Buffett several years ago said he intended to give away all his money to good causes, Gates joining him in the effort. Musk, who does have a foundation of his own, has been quieter about his philanthropy. However, he’s recently shed many of his real estate holdings in California, preferring to live out of a prefabricated house in Texas on the SpaceX campus.

The shift of Tesla’s headquarters and other non-manufacturing operations from California to Texas will make that tiny Texas home all the more important. 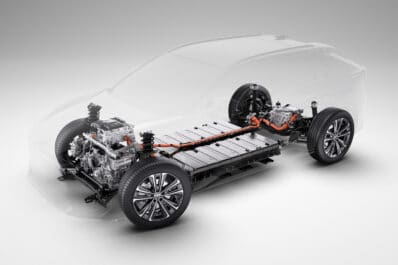