Toyota to Invest $13.5B in Battery Development, Production By 2030

More BEVs, but hybrids to remain an essential part of Japanese automaker’s line-up.

Toyota expects to invest $13.5 billion by 2030 to develop and produce new batteries for a mix of hybrids and pure battery-electric vehicles, the automaker said Tuesday.

The Japanese giant could have as many as 70 individual battery assembly lines in operation, said Masahito Maeda, chief tech officer for Toyota Motor Corp., during a media webinar. They will cover a mix of different battery types as the carmaker continues to focus on a broad range of electrified powertrain options, including conventional and plug-in hybrids, as well as pure battery-electric vehicles and fuel-cell vehicles.

The switch to battery power is critical, said Maeda, “There is no time to lose in reducing the amount of carbon dioxide emitted by humankind.”

A pioneer aims to retain its lead

Toyota was a hybrid pioneer but has come under fire for taking a more go-slow approach to BEVs when compared to rivals like General Motors and Volkswagen. The Tuesday media event was clearly meant to soften such criticism. But Maeda and other officials made clear that Toyota isn’t ready to abandon the technology that has so far been used in 18 million of its vehicles since 1999.

What sort of products it builds by the end of the decade will be influenced by a variety of factors including the development of new technologies like solid-state batteries, the ability to drive down battery costs, government mandates and consumer demand.

In line with a position previously outlined by Toyota CEO Akio Toyoda, Maeda also noted that demand likely will vary from one market to another. Earlier this year, the CEO insisted he is not “anti-EV.” Fully electric and hydrogen-powered models, Maeda said Tuesday, likely will prove most “important in regions where renewable energy is abundant.”

Like its competitors, Toyota is investing in a variety of different battery technologies. That includes a new “bipolar” version of the nickel-metal hydride chemistry used in most of its hybrids, including the familiar Prius.

“One step closer to commercialization”

But it’s also hoping to take the lead in the development of solid-state batteries. Seen by many experts as the next-generation technology, they replace the slurry of chemicals found in conventional batteries with a solid substrate. The expectation is that solid-state batteries will hold more power — translating into greater range and performance — charge faster and be far less prone to catching fire than today’s lithium-ion chemistry. Toyota hopes to have the new battery technology ready by early in the second half of this decade.

Like other automakers, Toyota is hedging its bets, Maeda acknowledging numerous “challenges” with solid-state technology. “We can’t be optimistic yet,” he said, adding recent developments appear to put the new batteries “one step closer to commercialization.”

In the meantime, it also is working on new version of today’s lithium batteries that should see far less degradation in range during the first decade in use, said Maeda. These new batteries will make their first appearance in the bZ4X, Toyota’s first long-range battery-electric vehicle, when it comes to market in 2022.

Whatever mix of batteries it uses, Maeda said Toyota’s goal is to reduce their cost by 50% compared to today. With the average price of today’s lithium batteries believed to average around $150 per kilowatt-hour, that would come in at $75 or less. At that price, electric vehicles would achieve price parity with conventional gas models, according to research by the Boston Consulting Group and others.

Technical challenges, as well as consumer demand and other factors, will determine just how many electrified vehicles will be sold by 2030, the Toyota tech chief said, but he emphasized the company’s plan to flex, as necessary. It could, for example, increase the amount of batteries it produces and how many factories it will need.

The current plan calls for a capacity of 180 gigawatt-hours for cells by decade’s end. That could jump up to 200 GWh, he said. And Toyota and its partners could, by then, have as many as 70 battery lines in operation worldwide. Maeda did not say how many individual plants would be needed, but he did note that Toyota will build those facilities where there is demand.

The bZ4X will be followed by another 14 BEVs Toyota plans to bring to market through its various brands by 2025. About half of them will be badged “bZ,” shorthand for “Beyond Zero.” By 2030, meanwhile, the company expects to sell about 8 million electrified vehicles annually. But only about 2 million of them will be pure electric. The others will remain conventional and plug-in hybrids, as well as fuel-cell vehicles.

That is a lower number than some key competitors like General Motors which is moving away from all forms of battery power but for the pure electric vehicles expected to make up its entire retail fleet by 2035.

Volkswagen, meanwhile, has committed more funds to going electric than all other manufacturers. The company on Tuesday announced an overall investment plan of $178 billion through 2025, with EVs expected to account for a major share. Several VW brands have already committed to going 100% BEV, including high-line Audi and Bentley.

While Toyota is putting an emphasis on batteries, the automaker continues to work on hydrogen fuel-cell technology and sees opportunities both in the passenger vehicle market, as well as commercial fleets. It is using prototype semi trucks to service the Ports of Los Angeles and Long Beach, two major sources of smog in the LA region.

Toyota isn’t alone, however. Hyundai held a webinar of its own early Tuesday outlining its own, extensive hydrogen program. It is looking at a broad range of applications, including passenger cars, trucks and even locomotives, ships and aircraft.

The coming year is expected to bring a flood of new battery-electric vehicles to market, including the Toyota bZ4X, a second version of the Volkswagen ID.4, the new GMC Hummer and the Lucid Air. One concern, however, is that some of the launches will be pushed back due to the shortage of semiconductor chips used in large numbers in every BEV and fuel-cell vehicle. 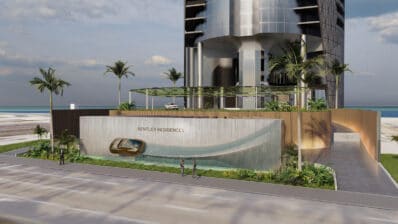