The United Auto Workers netted $1.1 million from the sale of the property located adjacent to the UAW’s Black Lake educational center, which figured prominently in the recent scandal, leading to prison sentences for two former UAW presidents.

The lakefront property near Onaway, Michigan includes the 1,900-square foot residence that was supposed to the part-time retirement home of former UAW President Dennis Williams, who was sentenced to 21 months in prison for his role in the scandal after he pleaded guilty to charges of wire fraud and conspiracy.

The $1.1 million earned from the sales of the home will go into the UAW’s general fund, UAW spokesman Brian Rothenberg said in an email to TheDetroitBureau.com.

The union’s Constitutional Convention in 2018 rubber-stamped a motion to build the retirement cottage for Williams without any dissent or discussion from the convention floor, which was tightly controlled by Williams’ allies.

“In tribute to his tireless efforts to invest in and expand the educational and recreational opportunities available to UAW leaders at the great facility, the cottage shall be available for his use whenever he visits the center, for the use of others when he isn’t visiting the center, and for the display of special memorabilia of his choosing,” according to the resolution included in a book on the proceedings from the union’s convention in Las Vegas.

Yokich, who also directed to construction of a new championship-style golf course at Black Lake, died two months after leaving office but the resolution authorizing construction of a house remained while the property the UAW acquired at Yokich’s direction remained vacant.

Ron Gettelfinger, who was the UAW’s president from 2002 to 2010, tried unsuccessfully to sell the golf course and to minimize the cost of operating Black Lake during a deep recession that decimated the UAW’s membership rolls.

Gettelfinger, who was quite familiar with the center’s financial problems declined to have any kind of house built for him and his successor, Bob King, simply used a cabin at Black Lake that had been used by other former UAW officers such as Doug Fraser, according to people familiar with Black Lake’s operations.

Williams took an interest in the Black Lake project while serving as the UAW’s Secretary-Treasurer from 2010 to 2014. He managed to shore up the center’s finances with help from the UAW’s strike fund and as his term as UAW president ended, he began talking up with aides and colleagues he idea of building a new home the property owned by the UAW adjacent to Black Lake even though federal investigators were already probing the conduct of UAW officials.

Black Lake holds a special place in union lore. It was planned by Water Reuther, who led the UAW in the years after World War II. Reuther died in 1970 in plane crash when he was on his way north to inspect its construction. He is now buried at Black Lake, where hundreds of union members go each year for conferences and meetings.

As the scandal continued to unfold, the Williams retirement home at Black Lake became emblematic of the corruption among the UAW top officers that has now led to prison sentences for a dozen former officers and officials.

Williams, like former UAW president Gary Jones, also has been expelled from the union.

The UAW put the cottage up for sale last year but the pandemic and questions about an easement and a possible federal claim to the property delayed the move. All of the issues, including the potential for forfeiture to the U.S. government have been resolved, union officials said. “This sale rights a wrong from the past, and I want each and every one of you to know that we continue to implement ethics reforms throughout the organization,” new President Ray Curry wrote in a note to members last week. 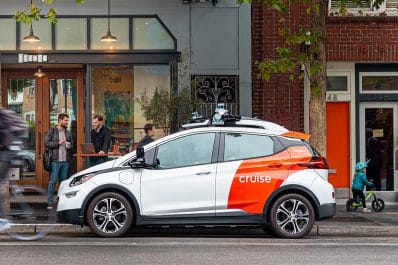