Ratification comes on fourth offer — and potential use of temps.

With Volvo threatening to resume production without them, members of UAW Local 2069 ratified a six-year contract after rejecting three previous tentative agreements negotiated by the United Auto Workers.

The contract, which was virtually identical to the one the union members employed at the Volvo Truck plant in Dublin, Virginia previously voted down, ends a strike that resumed in early June, and sharply reduced the company vehicle inventory.

UAW said Local 2069 members ratified the common overall agreement and hourly agreement at Volvo Mack Truck Wednesday and the strike will be suspended. The salaried contract was voted down narrowly. Members will return to work on their Sunday and Monday shifts.

The strike was a challenge for the union’s leadership, which has watched its credibility drop due to the recent scandal that sent a dozen UAW officials and top officers to prison.

“The democratic process played out at Volvo Trucks. UAW Members stood together through their strike and now the overall agreement and hourly agreement have been ratified despite the company’s actions earlier in the week,” said Ray Curry, president of the UAW and director of the Heavy Truck Department.

Curry, who negotiated the contract that originally was voted down by a nine-to-one margin, said the UAW Constitution provides an established process that will work to address the concerns raised by members about the salaried agreement that narrowly failed.

The six-year agreement includes elimination of the second tier; health care premiums protected for the life of the deal; provides protections around shift scheduling and plant operations; as well as providing a major signing bonus and aggressive annual wage improvements every year of the pact.

“This agreement allows us to continue providing our employees with a great quality of life, with guaranteed wage growth and excellent benefits,” said NRV Vice President and General Manager Franky Marchand.

“It will also help secure the plant’s long-term growth and sustainability. Our focus now will be on getting trucks to customers as quickly as we can and strengthening our relationship with our employees.”

The NRV plant employs more than 3,300 people, about 2,900 of whom are UAW members. The plant is in the midst of a $400 million investment for advanced technology upgrades, site expansion and preparation for future products, including the innovative Volvo VNR Electric truck. 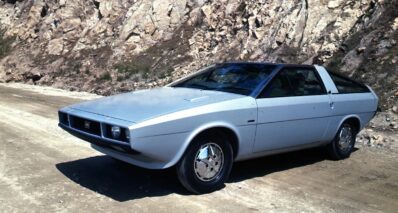