Lawyers for Stellantis blocked an effort by Fiat Chrysler Automobiles employees to collect compensation for grievances they say were mishandled by the United Auto Workers.

The 238 employees argued FCA’s violations of the Taft-Hartley Act, which included the payment of $3.5 million in illicit payments to corrupt UAW officials, made them eligible for compensation.

In March, Stellantis pleaded guilty to one count of conspiracy to violate federal labor law and agreed to pay a $30 million fine and the appointment of an independent monitor to check on whether the company was following federal law in its dealings with the UAW to settle a federal lawsuit brought by the U.S. Department of Justice. The lawsuit claims FCA executives knowingly violated federal law by authorizing the corrupt payment between 2009 and 2016.

Three FCA executives pleaded guilty to criminal charges for their part in the conspiracy and all three have been sentenced to prison.

Judge Paul Borman, the federal judge who has presided over several of the cases brought by the prosecutors investigating the UAW, ruled the FCA employees were not entitled to compensation under Taft-Hartley or statutes authorizing payments to victims of federal crimes.

Taft-Hartley specifically requires individual employees to produce concrete evidence of illicit behavior by the employers and corrupt union officials that harmed them. The 238 employees seeking individual compensation under federal law said their individual grievances were mishandled by the UAW.

In his opinion, however, Borman said federal investigators diligently looked for evidence linking the corrupt union officials to specific grievances but found none.

Nancy Johnson, one of the 12 UAW officials convicted of corruption in the federal investigation of FCA and the UAW, acknowledged during the investigation it was possible grievance were set aside, but she could not offer any information on the cases involving specific union members, Borman noted.

Consequently, by the standards spelled out in Taft-Hartley, he had no choice but to dismiss the individual petition.

The lawyers for the FCA employees also argued, “If the Government has evidence, through grand jury testimony, FBI 302s, documents or other types of evidence, the Court should order the Government to produce it to the civil plaintiffs and to the Court.

“To deny this motion without at least requiring the Government to investigate the civil plaintiffs’ claims is to allow FCA to ‘get away with it,’ to allow FCA to keep millions of dollars in ill-gotten gains, to show that crime does pay, at least to the extent that FCA was able, over the course of about eight years, to deny civil plaintiffs their proper level of pay and benefits and to keep the profits.”

But that argument, which was supported by an affidavit from Johnson, went nowhere with Borman. Johnson was a top aide to both General Holiefield and Norwood Jewell, who headed up the UAW Chrysler Department. She accepted $40,000 in illicit payments from FCA executives. 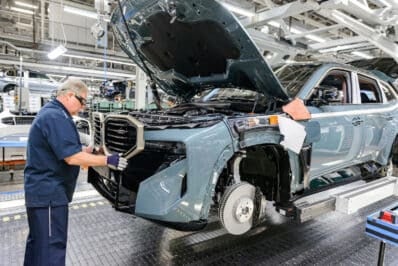