Approach could cause rift with labor, other Democratic supporters.

President Joe Biden wants the U.S. to rely on friendly foreign sources to provide the cobalt and other critically needed metals for the U.S. battery-electric vehicles, rather than opening up new mines in the U.S.

Such a move would help placate environmentalists, according to a report by the Reuters, based on “two administration officials with direct knowledge” of the plan. But such a move could also trigger fierce opposition from labor groups, especially those representing American miners. They expected to benefit from the administration’s aggressive push to boost sales of battery-electric vehicles.

The president made the $1.7 trillion infrastructure bill a centerpiece of his tenure. Of that, $174 billion would go to support the U.S. BEV market, including sales incentives and the establishment of a cross-country charging network. But there is also a strong need to expand supplies of metals like cobalt and lithium used in modern battery technology.

The supplies are already being strained as sales of BEVs have begun to grow. And a number of key materials currently come from nations with which the U.S. has strained relations, notably China. There are alternative sources in this country but that would, in many cases, require digging new mines or using refining methods that are considered environmentally hazardous.

“It’s not that hard to dig a hole. What’s hard is getting that stuff out and getting it to processing facilities. That’s what the U.S. government is focused on,” one of the White House sources told Reuters.

Environmental concerns have already become a critical issue for the Biden administration, which has blocked further construction on the controversial Keystone Pipeline and reversed a number of Trump administration moves that weakened environmental protections.

As a result, the administration appears to be leaning towards finding foreign sources for the metals needed for rechargeable batteries, with the focus on solid allies such as Canada, Australia and Brazil, noted Reuters.

Biden appeared to publicly signal the approach during a visit to the Motor City last week. He suggested using Australian sources to increase available supplies of lithium.

The strategy, if formally implemented, could generate pushback, however.

“We can no longer push the production of the products we want to places we cannot see and to people we will never meet,” said Mckinsey Lyon of Perpetua Resources Corp. told the news service. The company is hoping to start producing strategic metals including gold and antimony, both of which are needed in EV batteries, at a mine in Idaho.

An even bigger problem for Biden would be the risk of alienating traditionally Democratic labor groups — especially at a time when labor leaders have struggled to keep members from defecting to the GOP.

During his campaign last year, Biden expressed the need to source the raw material for batteries within the U.S., giving a boost to the American mining industry.

The National Mining Association, an industry trade organization, is lobbying for government support and arguing that investing in American mines would improve national security.

A political crisis in the making?

A policy that does not invest in American mines would almost certainly turn into a political football.

“These ‘not-in-my-backyard’ extremists have made clear they want to lock up our land and prevent the mining of minerals,” U.S. Representative Lauren Boebert, a Colorado Republican, said during a House Natural Resources Committee forum last week.

Some Democratic leaders are seeking to have the White House reverse course, worrying that the proposed mining strategy could hurt the party’s chances in advance of the critical 2022 mid-term elections. 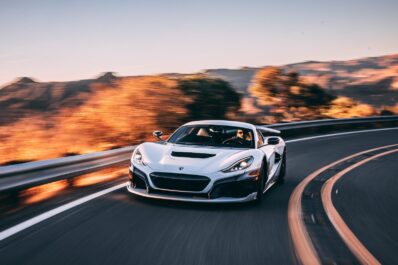