Polestar, the Swedish electric performance car brand that is planning to take on the likes of Porsche and Tesla, plans to create the first completely climate neutral car by the end of the decade without using any kind of offsets common in the industrial world.

“Offsetting is a cop-out,” said Thomas Ingenlath, Polestar CEO. “By pushing ourselves to create a completely climate-neutral car, we are forced to reach beyond what is possible today. We will have to question everything, innovate and look to exponential technologies as we design towards zero.”

Polestar’s business is already incorporating climate action into its activities and policies. Additionally, the company’s made achieving climate targets a component of the Polestar employee bonus system, executives said. 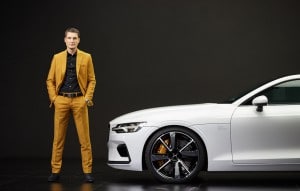 The company’s emphasis on sustainability will extend to Polestar’s suppliers, who will be asked to sign “sustainability declarations” similar to those used in the food and fashion industries.

The sustainability declarations will be applied to all future Polestar models, company executive said.

Starting with Polestar 2, the declarations initially will disclose the carbon footprint and use of trace risk materials. They will appear on the company website and in Polestar Spaces, setting a precedent for the industry. Reflecting continuous sustainability updates, additional details and information will be added over time, officials said. 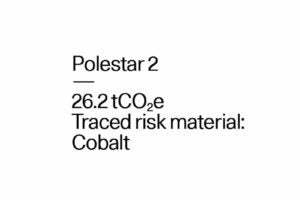 Polestar is making its commitment known with climate sustainability declarations like this.

“Consumers are a huge driving force in the shift to a sustainable economy. They need to be given the right tools to make informed and ethical decisions,” Ingenlath said. “This makes things very clear. Today, Polestar 2 leaves the factory gates with a carbon footprint. In 2030, we want to present a car that does not.”

Environmental experts have warned that offsetting in manufacturing, which often involves planting trees or buying credits, is not sustainable in the long run. Questions around the long-term carbon-storage capacity of forests and soils remain, as a forest might be logged, devastated by fire or altered by climate change.

Fredrika Klarén, Polestar’s head of sustainability, noted that as an electric carmaker Polestar does not have to worry about combustion engines producing toxic emissions.

“But that doesn’t mean our job is done. We will now work to eradicate all emissions stemming from production. Now is a historic and exciting time for car makers, an opportunity to seize the moment, do better and dare to build the dream of climate-neutral, circular and beautiful cars,” she said. 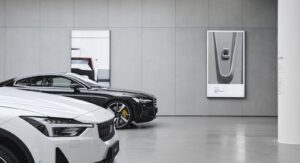 Meanwhile Volvo Cars, Polestar’s parent company, continues to win over customers, reporting the best first quarter in its history as the company’s global sales increased by 40.8 % compared with the same period last year.

Total sales during the period amounted to 185,698 cars, up from 131,889 cars in the same period last year. In Europe and the US, the company managed to improve sales compared to the first quarter last year, while managing to cope with the ongoing effects of the pandemic. China has by now recovered from the impact of the pandemic, which was peaked in the first quarter of 2020.

For the month of March, Volvo Cars sold 75,315 cars globally, up 62.3% compared with the same month last year.