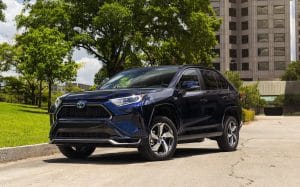 Double-digit and even triple-digit increases marked the sales reports for March and the first quarter of 2021 as the auto industry’s recovery from the pandemic lows of a year ago continued to gain momentum.

Analysts were expecting strong results, but some of the makes surpassed expectation. Toyota, Hyundai, Kia, General Motors, Volkswagen and even Nissan, a laggard even before the pandemic swept across the globe, all reported big increases in sales for March and for the first quarter even though fleet sales continued to lag.

At the same time, average transaction prices moved up and inventories continued to decline as parts shortages slowed production, manufacturers and analysts noted.

Toyota Motor North America reported an increase of 87% in March on a volume basis and 79.8% on a daily selling rate basis compared to March 2020. 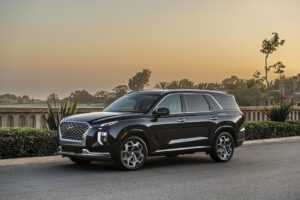 Hyundai’s March sales were up 115%, led by the 133% jump by its popular Palisade sport-utility.

Hyundai Motor America reported a 115% increase compared with March 2020 and the all-time best month in Hyundai history. Hyundai fleet sales were down 58%, representing 4% of total volume.

“Strong consumer confidence, stable inventory, a compelling line-up, attention-grabbing advertising and the efforts of our dealer partners all came together to deliver these results. With the all-new Tucson, our highest-volume model, arriving at dealerships, we will build on this momentum and continue to gain market share,” he said.

The Nissan Group also reported a 10.8% sales increase for the first quarter. The struggling brand was led by the Nissan division, which posted a 14.8% increase for the quarter. This helped to offset Infiniti, which is in the midst of introducing several new vehicles. The luxury unit was down 25.4% during the period. 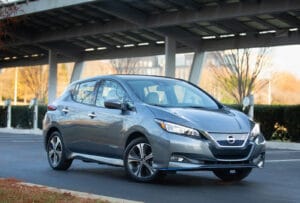 Nissan celebrated the 10-year anniversary of the debut of the Leaf EV. So did buyers as sales jumped 49.4% in the first quarter of 2021.

General Motors said all four U.S. brands had double-digit year-over-year increases in retail sales, with total retail sales up 19% for the first quarter. Cadillac and Buick deliveries were up 43%, GMC up 23% and Chevrolet up 13% in the first three-months of 2021, according to GM, which does not report monthly sales figures.

GM’s fleet sales dropped 35% year-over-year with sales to commercial and government customers down 15% and rental sales down 55%. That said, the company’s making good money on each sale. GM set a first-quarter record with average transaction prices at $40,353.

“Over the last year, our dealers, supply chain and manufacturing teams have gone above and beyond to satisfy customers as demand for GM products rose sharply,” said Steve Carlisle, GM executive vice president and president, North America. “The great teamwork continues. Sales are off to a strong start in 2021, we are operating our truck and full-size SUV plants at full capacity and we plan to recover lost car and crossover production in the second half of the year where possible.”

Ford’s first quarter result wasn’t as impressive, posting a small 1% increase year-over-year, although retail sales were up 23%, the company noted. 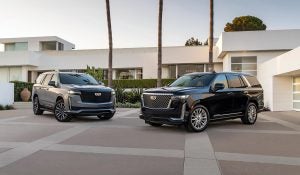 “The all -new fully electric Mustang Mach-E and the F-150 PowerBoost Hybrid lifted Ford’s overall electrified vehicle sales to a record start in the first quarter with sales up 74% over a year ago. Our all-newBronco Sport posted record monthly sales in March and helped power Ford Brand SUVs to their best start in 20 years.”

FCA US LLC, the American business of Stellantis, reports sales rose 5% during the first quarter of 2021. Two Jeep vehicles, the Wrangler and Gladiator led the way seeing increases of 25% and 23% respectively. Even Alfa Romeo enjoyed a 25% jump compared with the same quarter last year.

New vehicle inventory on sale at dealerships nationwide is down by 36% in March 2021 compared to a year ago, and prices are rising for both new and used vehicles as a result, according to Edmunds.com. Edmunds analysts forecast that the average transaction price (ATP) for new vehicles will climb to $40,563 in March compared to $38,601 a year ago; the ATP for used vehicles is expected to hit $22,663 compared to $20,273 last year.

“The chipset shortage has snowballed into a bigger crisis for the automotive industry,” said Jessica Caldwell, Edmunds’ executive director of insights. “Major auto manufacturing plants are implementing temporary closures, and we’re seeing the industry being hit hard on both sides: Retail customers are being offered fewer choices and paying higher prices, while fleet customers are likely seeing their orders delayed as auto manufacturers shift their focus to serving consumers.”