Price drop could be temporary as refineries switch to summer blends.

After a lengthy run up, gas prices dipped — slightly — this week. The national average fell 2 cents per gallon compared with the week prior to $2.86 per gallon.

The change hit most parts of the country as 45 states saw prices decline or stay flat compared to a week ago, according to AAA. GasBuddy.com, a website that tracks gas prices, had the national average a bit lower at $2.84 per gallon and the decline a bit steeper at 2.7 cents per gallon.

A few trends are in play to help drive prices down, including increased production and a lessening of demand.

“Growing stock levels and cheaper crude oil prices are putting downward pressure on pump prices for the majority of motorists,” said Jeanette McGee, AAA spokesperson. “These are positive signs that less expensive gas prices could be around the corner, but not enough to indicate a steady trend just yet.”

Patrick De Haan, GasBuddy’s head of petroleum analysis, said the trend could be short lived as the impact of the Ever Given running aground and blocking traffic through the Suez Canal is difficult to determine at this point.

The lengthy shut down reportedly cost $9 billion a day in international trade, which adds volatility to the markets. He also noted that refineries are coming back to life in the wake of the winter storms that shut down much of the refining capability in Texas for two weeks.

“After the feverish rise in gas prices to start the year, increases have largely tapered off and we’re now seeing decreasing prices in most areas of the country, thanks to oil prices that have moderated for the time being,” said Patrick De Haan, head of petroleum analysis for GasBuddy.

“As the Suez Canal has remained blocked for nearly a week, we could see some volatility in the price of oil this week as the market digests any updates as hundreds of ships remain in limbo. Back stateside, refiners have made the switch to summer gasoline and price impacts have been limited thus far, but demand for gasoline remains strong.” 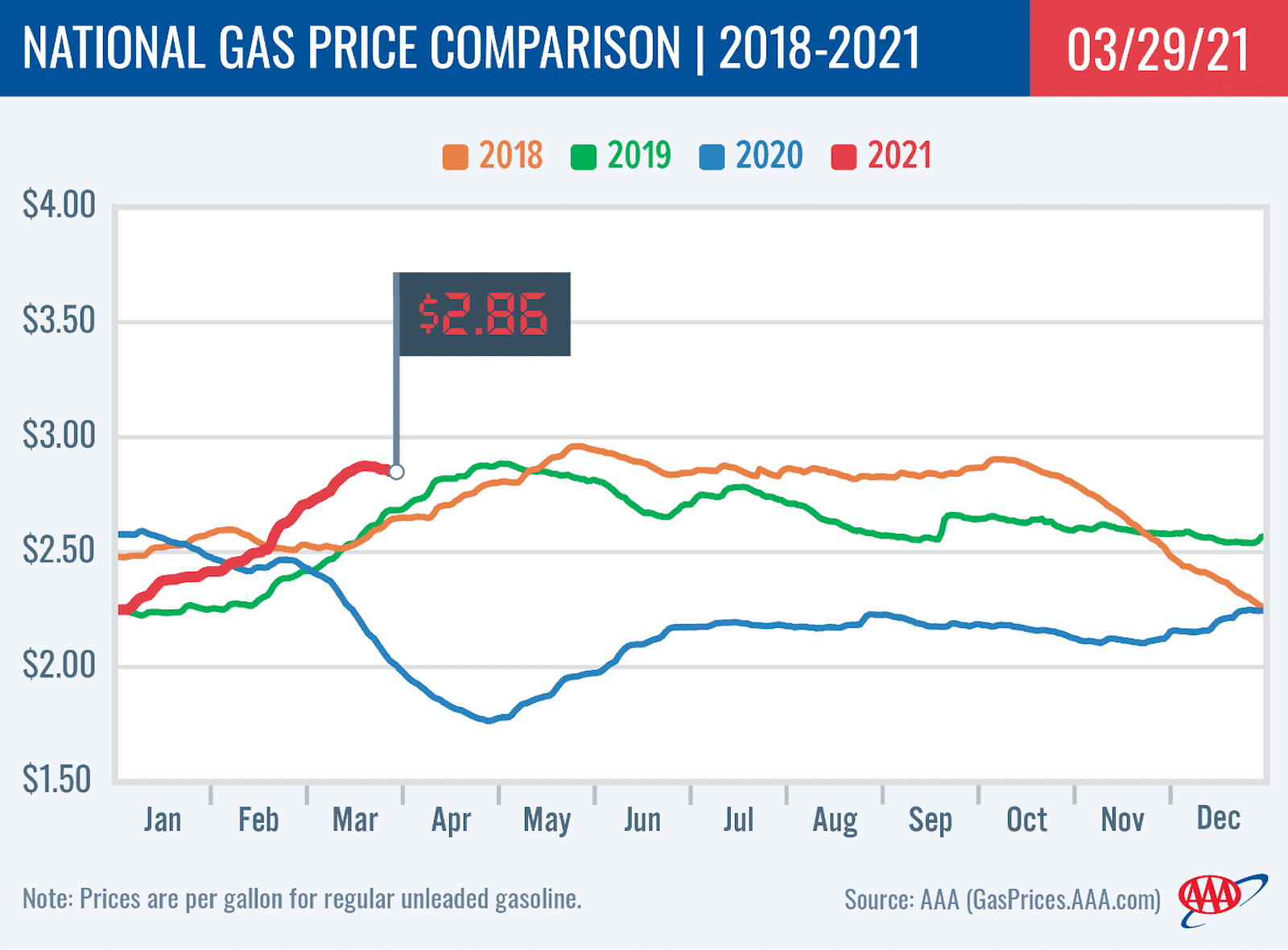 “Last week saw total gasoline demand at yet another pandemic high according to GasBuddy data. As we approach warmer weather and motorists are increasingly getting outside, it could drive prices higher, so long as COVID-19 cases don’t jump along with it and lead to new travel restrictions,” De Haan noted.

Demand and oil market dynamics are what drives gas prices, according to AAA. Demand, according to the Energy Information Administration, was up by 174,000 barrels per day, or b/d, to 8.6 million b/d. That is 222,000 b/d than during the year-ago period, when demand started to dip due to the pandemic.

If demand continues to increase, prices could follow, AAA noted, adding gasoline stocks also saw a moderate increase with a build of 200,000 b/d. However, refinery utilization hit 82% indicating we could see a larger build in stocks this week, a factor that could help keep pump prices in check.