Tesla changed the prices of a few of its vehicles. Again.

But the pricing action is nothing new for the company, which has a history of suddenly changing prices of vehicles. 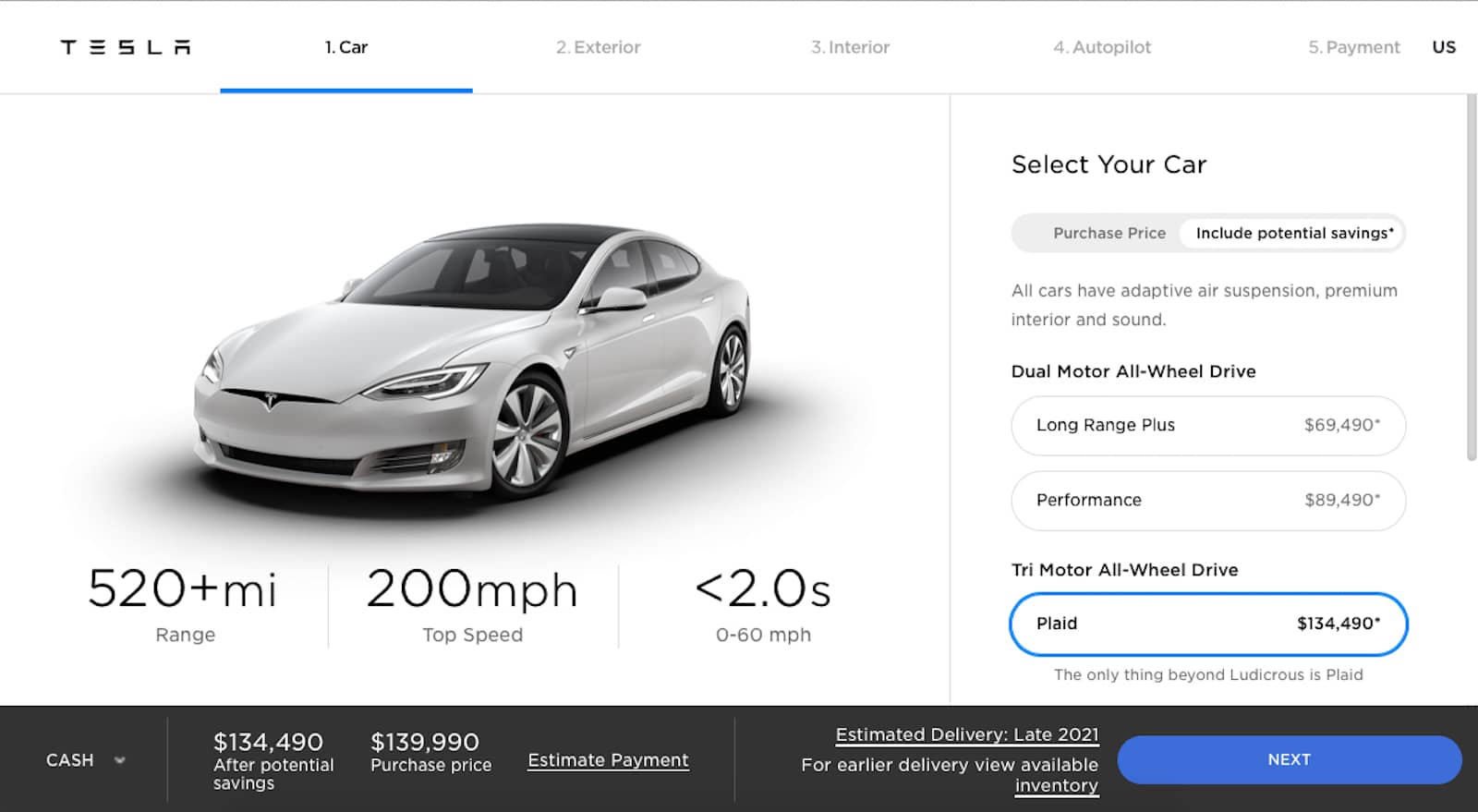 No explanation’s been given by the company for the changes, Tesla’s latest moves came on the heels of GM’s debut of the new 2022 Chevy Bolt EV and the larger Bolt EUV. The company launched those vehicles on Feb. 14. The 2022 Bolt EV starts at $31,995, a $5,500 price reduction compared to the 2021 model, for example.

It doesn’t go just one way either. Last October, Musk cut prices twice in the same week. First, he cut the price on the Model S Long Range by $3,000 down to $71,990 in the U.S. However, after that cut Peter Rawlinson, CEO of Lucid Motors and a former top exec at Tesla, announced pricing on that company’s first product, the Air.

“The gauntlet has been thrown down! The prophecy will be fulfilled. Model S price changes to $69,420,” Musk proclaimed in a tweet Wednesday afternoon. The new price, in addition to reinforcing his love of the number 420, is in response to the price for the base model Lucid Air.

Prior to the cuts, the Model 3 was not a strong seller in Japan. Tesla sold fewer than 2,000 units in 2020. This despite Tesla’s efforts to gain a foothold in the Japanese market. The first Tesla Model 3 was delivered to customers in Japan in October 2014.

Price cuts came fast and furious for a while in China. Musk trimmed the price of the Model 3 sedan by 8%, with a base version starting at $36,805 last September. In late summer 2019, Tesla raised prices on the Model 3 in China, only to see the country make them more affordable.

The long history of vehicle price adjustments mirrors the company’s stock performance during the past 30 days. The stock was at $816.04 just before Valentine’s Day when the love began to fade for Tesla shares. It declined steadily, before hitting a low of $546.71 on March 5.

Industry analysts point to a variety of reasons for the EV automaker’s sharp downturn, but one particular concern clearly stands out. After overwhelmingly dominating the global battery-car market in recent years, Tesla suddenly is losing ground as it faces new competition from products like the Ford Mustang Mach-E and Volkswagen ID.4.

Tesla has a history of wild swings, its stock price tumbling by nearly two-thirds last February but then surging to an all-time high of $900.40 earlier this year.