Mercedes-Benz is taking a major step to transform its historic production site in Stuttgart-Untertürkheim to produce battery-electric vehicles, unveiling plans to focus its on electric drive and battery technology.

The move follows extensive negotiations with union representatives and requires substantial new investments at the site. It is the single largest facility within Mercedes-Benz’s global powertrain production network and has been at the heart of the company’s manufacturing operations for more than a century, a Mercedes-Benz executive said.

The Untertürkheim will in future be known as the “Mercedes-Benz Drive Systems Campus,” and will focus on research, development and production ramp ups of drive systems. The agreement strengthens Untertürkheim’s role as a development and qualification hub for drive technologies and further expands its expertise in the field of e-mobility – through a campus for electric and electrified drive systems.

A new factory for the small-series production of future battery cells, and a dedicated battery safety lab, will complement Mercedes-Benz’s existing research and development activities in the field of battery technology.

Markus Schafer, member of the Daimler AG board of management and Mercedes-Benz COO, said the automaker is moving forward on the path to carbon neutrality. “Taking a leading role in electric vehicles means further boosting our own research and development and achieving maximum progress with global tech partners,” he said.

“I am totally convinced that in development and production, optimal access to new technologies and global expertise as well as redirecting the use of capital to carbon neutral investments will be more crucial than ever in the future.”

Mercedes-Benz plans a “holistic approach,” ranging from basic research and development to manufacturing of battery systems. In terms of series production, the site will focus increasingly on electric drive components – battery and electric drive systems, while conventional engine, transmission and component production will gradually be phased out, which will affect employment profiles and scopes.

“Targeting our Untertürkheim site on ‘Electric First’ with a dedicated campus for electric drive technologies means an important cornerstone for our Mercedes-EQ product initiative,” Schäfer said. “A clear focus of our activities lies on research and process engineering of battery and cell technology, taking into account the entire value chain.” 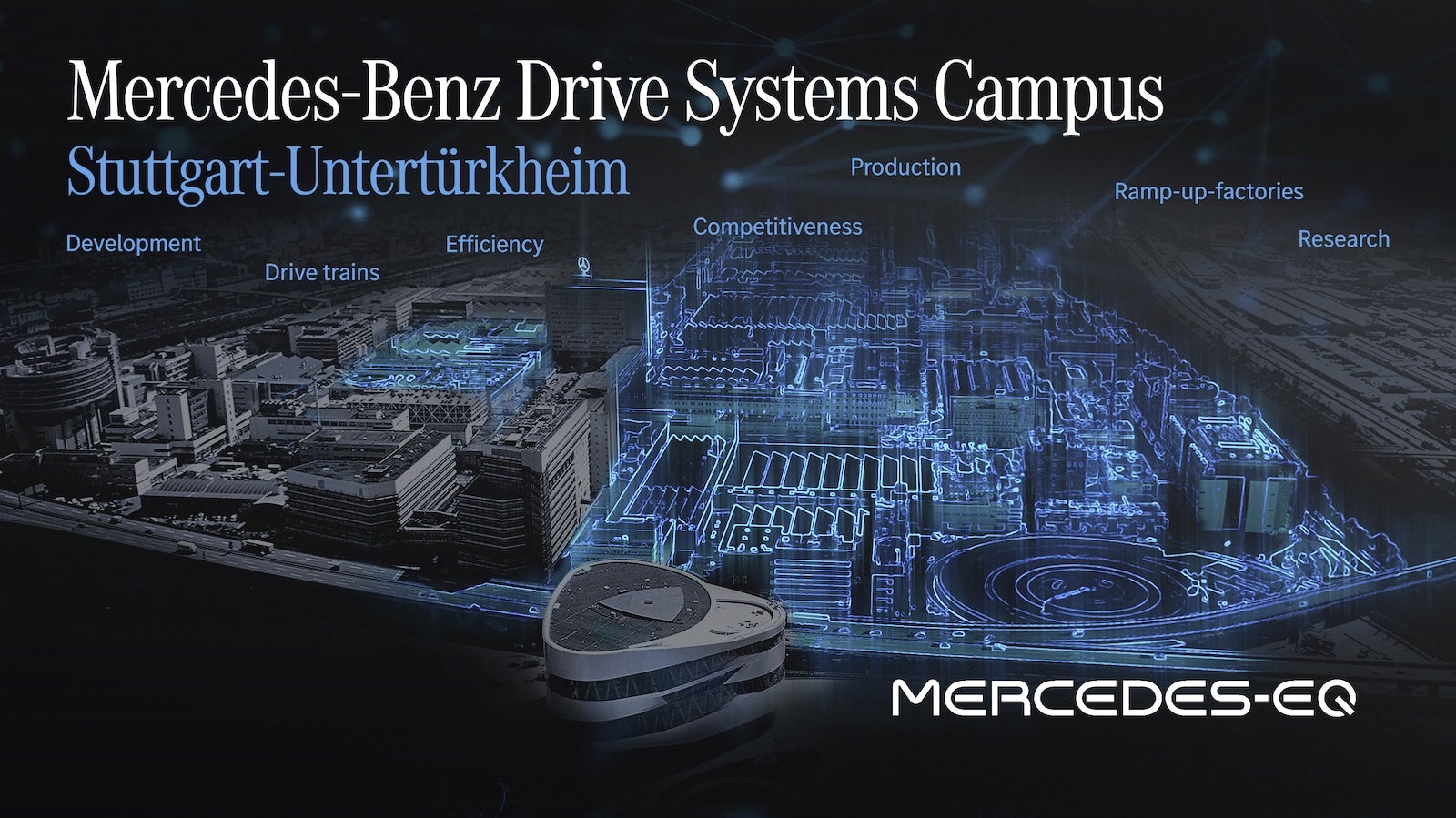 Further investments are planned in the significant expansion of the current cell technology center in order to be able to cover the entire value chain of battery technology.

The automaker also plans to focus on the development of the highly efficient electric-drive system, the intelligent combination of electric motor, battery system, power electronics and software through to series maturity including testing.

The next generation of electric motors are being developed in house and will feature inverter and high voltage technology. The previously planned production volumes of electric drive systems is expected to double, executives noted.