New system designed to be more natural and holistic.

BMW is the latest automaker to hype a new set of screens in its vehicle, debuting its new iDrive 8 digital interface.

The all-electric iX and i4 models get newest iteration of its driver interface technology first with it rolling out to other models. The iDrive 8 with its massive combined and curved display lays out all of the information the driver needs in clear view.

It follows the January introduction of Mercedes-Benz’s new hyperscreen and the growing trend of high-definition screens dominating the dashboard real estate in vehicles, especially the onslaught of new EVs coming in the next few years.

BMW describes the new interface as a “digital, intelligent and proactive partner.” The goal, the company noted, is “deliver a more natural interactive and holistic user experience” between driver and vehicle. Part of that new connection is improved voice activated commands with the onboard personal assistant. Not only is the language more conversational, the assistant appears on the screen. 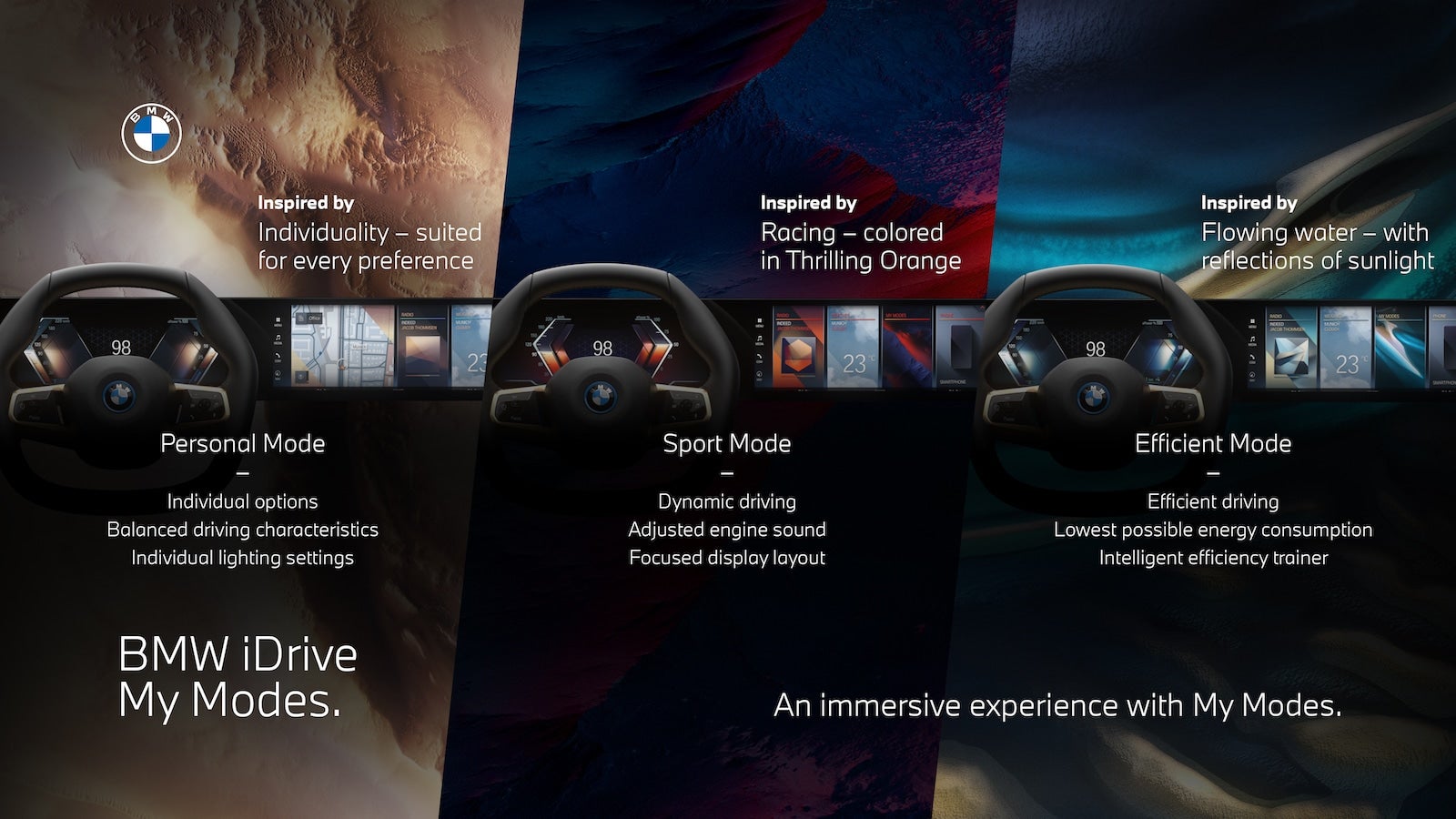 Additionally, the new display is curved, making it easier to see and touch while using it and it utilizes 5G connectivity, which clears the way for over-the-air updates. Drivers can select operating everything using the configurable digital cluster ahead of them, measuring 12.3 inches, or on the 14.9-inch display to the driver’s right.

The new system essentially welcomes the driver into the vehicle by running through a variety of processes that begin before even getting in the vehicle, such as lighting up the area aroun

d the vehicle, as if rolling out a red carpet. It will also light up the interior cabin, move the seat to a pre-set position, adjust the cabin temperature, etc.

All of this can be configured through the My BMW app on the driver’s smartphone. It will replace the current app used by owners. Once in the vehicle, changes can be made using “My Modes.” Repalcing the “Driving Experience Controls” from the previous system, the driver can reconfigure the touchscreens, change the lighting and more using “My Modes.” 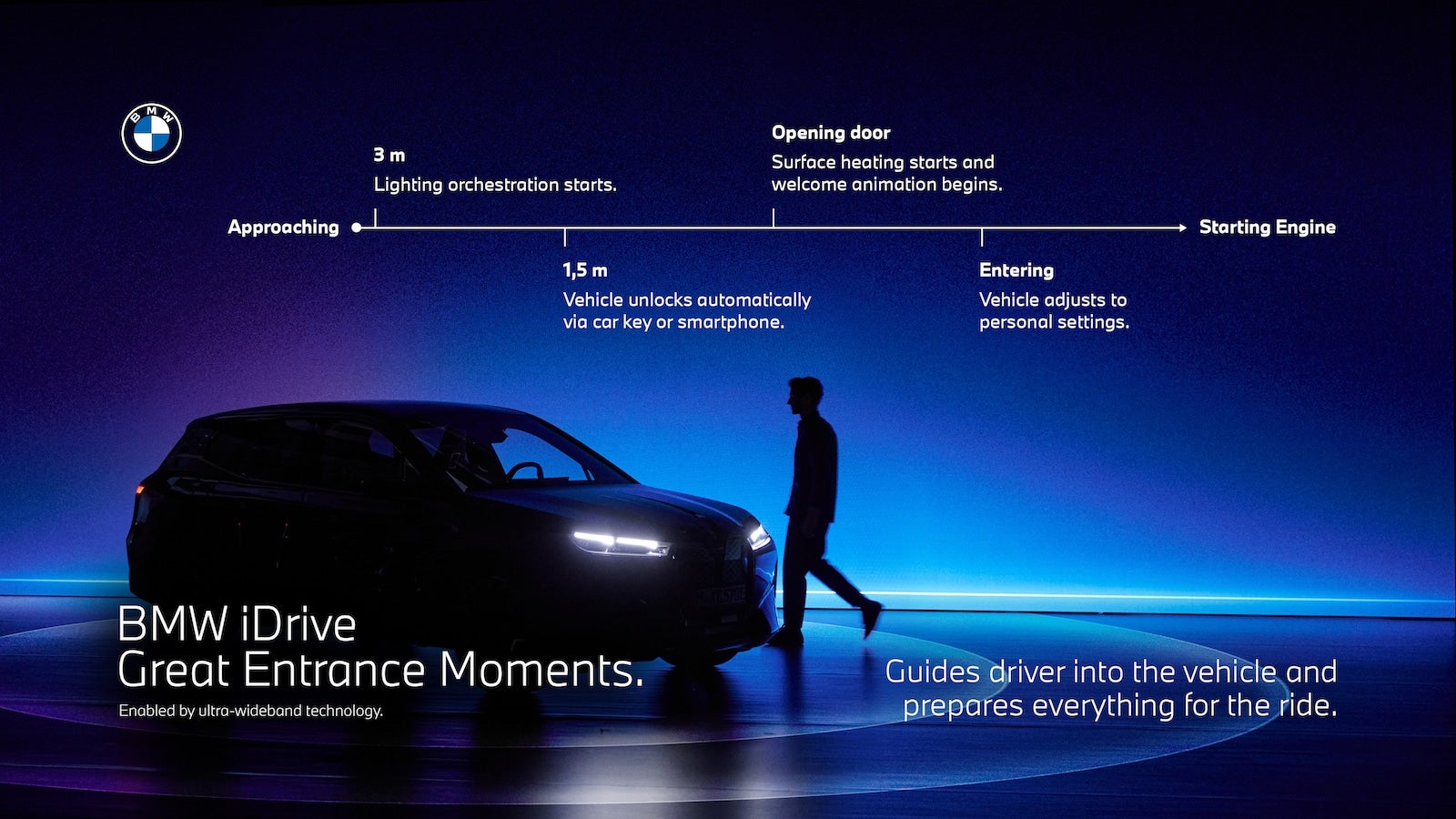 The new system offers uses the ability to integrate BMW Maps and BMW Cloud. This allows the user to prioritize how their navi system works. Want the map to have north always be up, no problem. It will also show open parking spaces.

The system offers presets, including Drive, which offers “a dynamically changing area in the center of the information display to show individually selectable information;” Focus, which keeps the driving gauges in the driver’s eyeline; and Gallery, which minimizes the instrument cluster to allow for more media widgets. Each of the layouts offers Calm mode that shows only the vehicle’s speed.

The system, which showed up in its original form in 2001, also allows for outside apps and programs, such as the extremely popular Apple CarPlay and Android Auto. A head-up display is also available within the system.