Audi managed to make money in 2020 despite the difficulties presented by the COVID outbreak.

“Audi has resolutely faced up to the challenges of the last year and done everything necessary to emerge stronger from the crisis,” said Markus Duesmann, CEO of Audi AG.

“The global consequences of the corona pandemic had a decisive influence on our business year. Following a collapse in demand for cars in all regions of the world, stability returned to the markets later in the year – first in China, then in Europe and the USA too.”

Duesmann added that in the fourth quarter of 2020 Audi was able to end the year with a record number of deliveries, making it the most successful quarter in the company history.

“In total we earned an operating return on sales before special items of 5.5 percent in the 2020 business year,” Duesmann said. “This achievement is also the result of responsible crisis management during the corona pandemic and above all a strong team performance. I am delighted at the willingness to change and the flexibility of Audi’s employees.”

Duesmann said the reasons for the strong final surge in 2020 included active corona-crisis management by the company and a noticeable recovery in Audi’s core markets.

Audi was also able to ride the increased worldwide popularity of SUVs to success, Duesmann said. Deliveries of the Audi Q3 and Audi A6 rose by 18.1% and 11.8% respectively over 2019 figures. The all-electric Audi e-tron, together with the Audi e-tron Sportback, was the best-selling electric vehicle worldwide by a German premium manufacturer, with a growth in demand of almost 80% compared to 2019.

“Even in the turbulent year of 2020, Audi demonstrated its robust condition and healthy 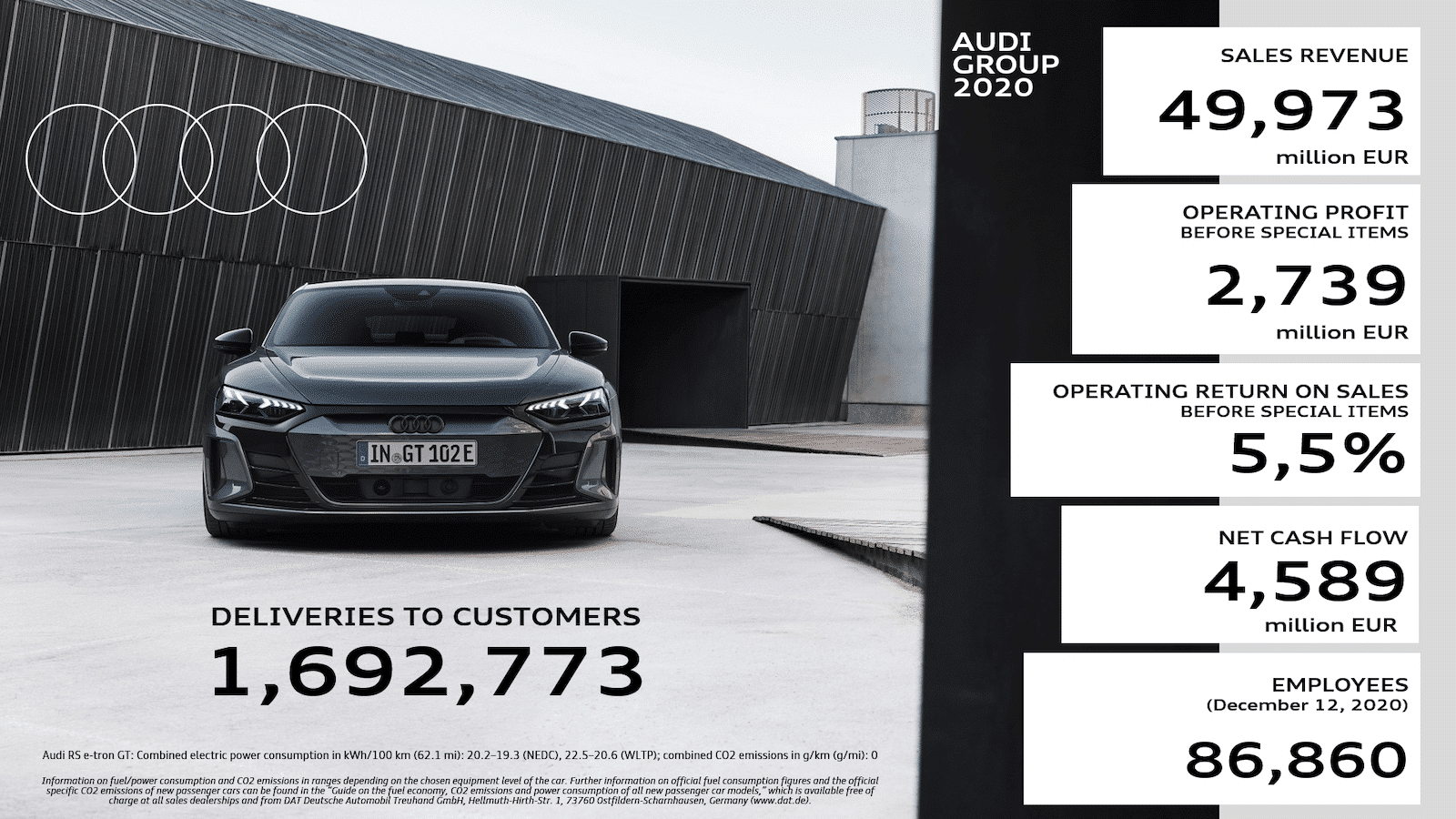 business situation,” said Arno Antlitz, CFO of Audi AG. “In the corona pandemic we have reinforced our discipline in investment and costs without compromising on the substance of the products or the Audi brand’s fitness for the future.”

Not all OEMs enjoyed Audi’s profitability. While GM reported 2020 profits of about $6.2 billion, Ford reported losses of about $1.3 billion. FCA, in its last year as an independent company before the merger with PSA, essentially broke even for the year. The company reported a profit of $29 million that came about because it mirrored Audi’s strong fourth-quarter finish.