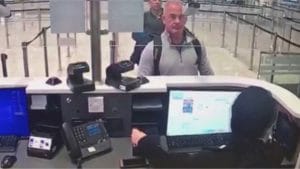 The saga of former Nissan-Renault Alliance chief Carlos Ghosn has taken another turn this one even involves a U.S. Supreme Court justice.

Two Americans allegedly involved in the subterfuge that sprung Ghosn from house arrest In Tokyo can now be extradited to Japan to face trial on criminal charges related to their part in the plot that allowed to former Nissan chairman to flee to Lebanon, according to The New York Times.

U.S. Supreme Court Justice Stephen Breyer declined, without comment, to stay a lower court order that cleared the way for the extradition of Michael Taylor, 60, a former Green Beret, and his son, Peter Maxwell Taylor, 27. The senior Taylor had aided in the freeing a New York Times reporter kidnapped in Afghanistan. 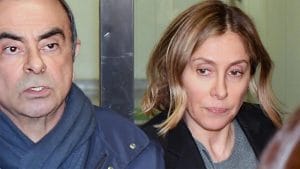 Carlos Ghosn, and his wife Carole, are living in Lebanon after he fled Japan.

The Taylors are accused of hiding Ghosn in a box used for shipping audio equipment, which cleared a cursory customs inspection with the former Renault-Nissan executive inside. The container was then put on a private aircraft that traveled first to Turkey and then to Lebanon, according to Japanese authorities, who were deeply embarrassed by the entire incident.

Japanese authorities have gone to court in the U.S., offering extensive evidence of the Taylors participation in the plot to free Ghosn from house arrest in Japan.

The Ghosn saga dates back to 2018, when he was arrested in Japan for alleged violations of Japanese laws. At the time, Ghosn was perhaps the auto industry’s most recognizable executive, having led the combination of the French automaker Renault and the Japanese automaker Nissan for the better part of a decade.

Before his arrest in Japan when he stepped off a private aircraft carrying him to a corporate meeting, Ghosn had become involved in an increasingly bitter feud with other Nissan executives, who ultimately decided to go to the authorities in Japan and accuse him of circumventing Japanese laws to enrich himself. 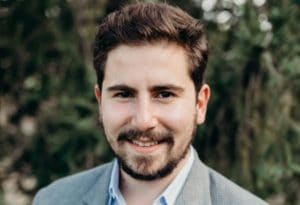 Ghosn spent months in custody after his surprise arrest. Since he arrived in Lebanon, his ancestral home, he has accused Japanese authorities of violating this basic legal rights. He also said the Japanese had used their arcane legal system to persecute and to imprison him, which was one of the reasons he and his family arranged for his escape.

He also has said he was targeted by other Nissan executives and their allies in the Japanese government because of his efforts to complete a merger of Nissan and Renault. Ghosn’s conduct also has led to an investigation in France as well.

Meanwhile, Nissan has been battered by falling sales, which many at the automaker blame on Ghosn’s ambitious plans to expand the company’s global market share. The turmoil also has eclipsed Ghosn’s earlier effort to make Nissan a leader in battery-electric vehicles and raised serious questions about the company’s future as the industry goes through another round of negotiations.

Ghosn’s exile in Beirut has hardly been comfortable. Japanese authorities have demanded his return and the Lebanese economy has been wracked by the worst recession in decades as well as the COVID-19 pandemic. In addition, Beirut was rocked by a massive explosion in its port area that wrecked large parts of the city killed 50 and injured 2,700. The explosion involved a warehouse in which abandoned ammonia had been stored and ignored by negligent Lebanese bureaucrats.