Feeling stressed out by the pandemic? You’re certainly not alone. New research by Ford Motor Co. finds 64% of Americans under more stress than a year ago.

“We found that adapting to the pandemic isn’t easy,” said Ford’s in-house “futurist,” Sheryl Connelly, “especially for young people,” with those in Generation Z admitting to having a much harder time of it than Baby Boomers.

The latest in a long series of annual studies, Ford’s survey explored a broad range of topics, from the way people are feeling lonely due to pandemic restrictions, to changes in the way they work, shop and travel. What becomes clear is that virtually every aspect of life has been impacted by COVID – and that the pandemic will have a long-term, and likely permanent, impact.

The studies are designed to help Ford get a head start adapting to changes that could affect its business. Much of the research is focused on transportation. And it reveals that some things considered conventional wisdom just before COVID struck could be dramatically different, post-pandemic.

Social distancing and other restrictions have led to a sharp decline in the use of what might be thought of as communal travel options. The study found that among all adults in the 14 countries Ford looked at:

If anything, the study said the trend away from mass forms of transit will continue post-pandemic, with adults around the world becoming still more dependent on their automobiles. In fact, 76% said they couldn’t “imagine a life without having an automobile.”

Cars are used for work, play, even a place to hide 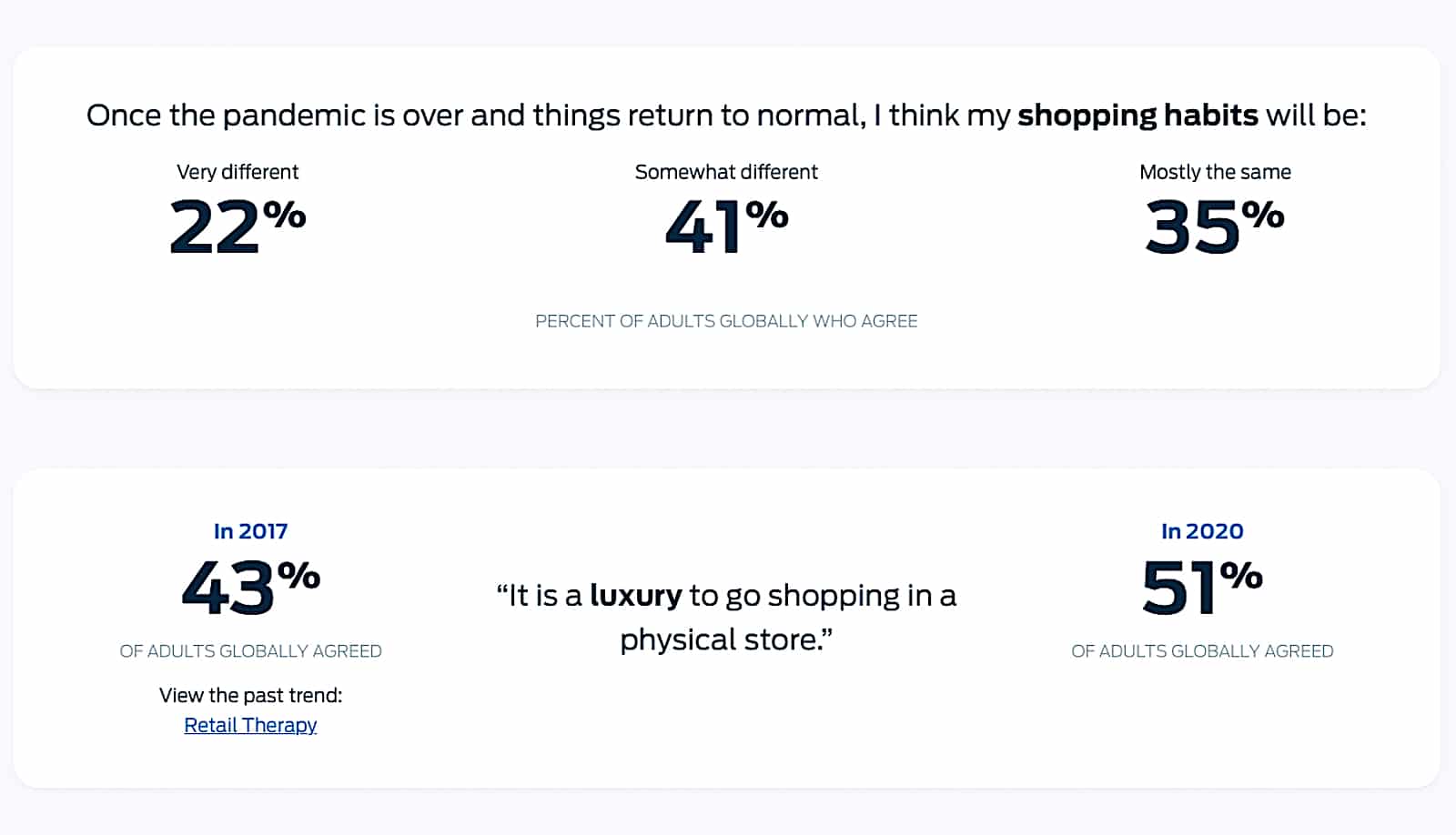 A number of recent reports warned the ride-hailing industry will have a tough time recovering from the pandemic. A key issue is the concern potential customers have about becoming exposed to diseases a human driver might carry. That may explain why more of those surveyed this time said they were optimistic about the benefits of autonomous vehicles that could take a driver out of the picture.

With many commuters steering clear of mass transit, there is growing evidence that some are replacing older vehicles or adding new ones to their household fleet. That said, the results varied from country to country.

“It’s no longer universal that everyone wants to buy and own a car,” said Connelly. Car ownership is seen as essential in established markets, such as the U.S., but less so in emerging regions of the world, such as Africa, the study found.

rating – and likely to continue after the pandemic.

The same can be said about retail, in general. About 44% said they don’t enjoy shopping as much as they did in the past, and 65% said they expect that shopping will change permanently, post-pandemic.

Connelly said the survey revealed a number of other key changes. The move towards urban living that had been building during the past decade has come to a screeching halt, especially in the U.S. And one key reason is that millions of people around the world are now working from home. With many employers expecting to continue remote work after the pandemic, the impact on urban centers could be substantial.

Pandemic impact could be long term

One of the big questions that even medical experts can’t answer is how long the pandemic will drag on. Fully 44% of those who took the survey said it’s likely to take two years. Even then, said Connelly, many folks appear likely to continue practicing caution.

“I think it won’t be uncommon to see people in the U.S. wearing masks,” even after most of the country is vaccinated and infections drop sharply, she said. “I think that’s something that will stay.”