With only a few grumbles, Aston's first SUV more than lives up to expectations.

Here’s something I never thought I would say in a review until now: “Wow, I can’t believe how well my Aston Martin handled in that snow last week.” Okay, we’re not talking about an Aston DB11, DBX or Valkyrie, of course, but the automaker’s first-ever SUV. And the 2021 Aston Martin DBX is a completely different kind of animal.

It needs to be. Gone are the days when companies like Aston – or, for that matter, Lamborghini and even Ferrari – can get by with a line-up of sleek exotic sports cars and GTs. In today’s automotive world, SUVs are necessary and one only has to look at the surging sales of super-premium brands like Lambo and Bentley to understand why.

The challenge is not to come up with a high-riding crossover, but to do so with a product that lives up to the brand’s DNA. And that’s what we hoped to find out while living with the Aston Martin DBX during a week that just happened to see the worst snowstorms of the year sweep through Detroit.

Only a few years ago, the idea of an Aston SUV might have seemed ludicrous. Today, it seems essential.

Where many premium luxury brands have struggled trying to find the right formula for a brand-extending utility vehicle, the Aston Martin DBX strikes just the right balance. From first glance, and despite the higher ground clearance and the addition of rear doors, there’s no mistaking the SUV’s pedigree.

Along with its striking styling, DBX lives up to expectations in a variety of other ways. It’s cabin is lavishly appointed and striking to look at. Despite the additional space it maintains a cockpit feel for the driver, with most — though not all — key controls within easy reach.

And there’s that lush exhaust note when you squeeze the throttle to motivate the DBX’s 542-horsepower twin turbo V-8. What’s particularly impressive is the fact that the Aston SUV is not only fast, but also sure-footed – and in a variety of different conditions, including snow and ice.

There are a few things to complain about, but the debut of the DBX marks a promising first effort.

Even with a storm blowing and the temperature plunging, it was intriguing to watch traffic slow as neighbors drove by and spotted the 2021 Aston Martin DBX parked in my driveway. I had to allocate extra time during the week when running chores knowing that strangers would stop to talk about the distinctive SUV.

Measuring 198.4 inches long, 78.7 inches wide, and 66.1 inches tall, the DBX is bigger than anything Aston has ever offered. Nonetheless, the Aston design team did an admirable job maintaining the brand’s styling cues, starting with the distinctive Aston grille. A creased hood subtly curves down into the nose while the headlights sweep aggressively rearward.

The steeply raked windshield flows into a roofline that tapers gently towards the back end where a ducktail spoiler helps keep the rear firmly planted at triple-digit speed. Add the sculpting of the door panels, which taper in, coke-bottle style, along with 22-inch low-profile tires, and the overall effect manages to signal power even while downplaying the overall mass of the SUV.

“… What’s particularly impressive is the fact that the Aston SUV is not only fast, but also sure-footed – and in a variety of different conditions, including snow and ice ….”

There are a few problems that might not have shown up were it not for the cold temperatures and heavy snow. The extended glass over the LED headlights generates little heat and quickly get covered in the white stuff requiring you to get out and brush it off. Meanwhile, the focus on aerodynamics led Aston to leave off a rear windshield wiper. There’s a gap opened in the center of the rear spoiler and, while it helps blow off rain while driving, we found it actually directs snow over the back glass until the defroster gets really toasty.

The White Stone exterior of our test vehicle was complemented by a striking Aurora Blue Leather interior with contrast stitching that conveyed both sportiness and luxury. The entire cabin radiates a very British bespoke feel, and there are plenty of options, including wood or, if you prefer, a wool blend, flax composite or even carbon fiber. Aston quickly points out that several hundred hours of handwork goes into each DBX cabin.

There’s a decidedly high-tech feel to the instrument panel, starting with the reconfigurable glass gauge cluster peering out at you through a thick-rimmed, two-tone steering wheel. A large infotainment display anchors the center stack and I really appreciated having a separate cluster below it to operate various climate control settings. If one gets a sense of déjà vu looking at all these systems it’s because they’re largely borrowed from Aston’s German ally, Mercedes-Benz.

It’s not the latest MBUX system, however. You can’t go “Hey, Aston,” to trigger the voice control system. And one of the surprises was that the infotainment display was not a touchscreen. You use the large, knurled knob on the center console also borrowed from the Germans. It’s not a particular problem but you do have to get out of the habit of trying to tap the screen. Even odder, the climate controls are touch-operated – and they require you to take off most gloves to get the system to work.

If I’m going to lay out grumbles, the DBX follows Aston form, with PRND and starter buttons topping off the center stack. But the slope requires you to lean forward to reach them. That said, the large paddle shifters are a joy to use.

On the plus side, the cabin is absolutely spacious, DBX offering plenty of head and legroom in both rows. The front seats are marvelously sculpted and keep you in place during aggressive driving, even as they remain comfortable during long trips. There’s plenty of room for cargo as well, with 22.3 cubic feet with the rear seat up, 54.0 cf when they fold over.

A 4.0-liter twin-turbo V-8, modified for DBX, turns out 542 horsepower and 516 pound-feet of torque, enough to launch the Aston Martin DBX from 0 to 60 in about 4.3 seconds, with a 181 mph top speed. Power goes through a new nine-speed transmission that is, under GT-style driving, all but invisible when it shifts. Set it to Sport or Sport+ mode and you’ll feel a bit more slap.

Torque is managed by an all-wheel-drive system with electronically controlled center and rear differentials. Like the V-8, it is largely lifted from Mercedes-AMG and tuned for a more aggressive driving experience.

But it showed impressive manners under adverse conditions, all but instantaneously managing to maintain the grip of those big tires on roads that were often barely plowed.

Add to all that a lushly tuned exhaust system that delivers a purr while cruising, but a lion’s roar when you tickle the throttle. Simply revving the engine at a stoplight drew envious stares from those driving more mundane SUVs.

As I noted, much of the infotainment system also comes from Mercedes. No, it’s not the latest, and there will be some folks who would prefer a touchscreen. For me, I find the Aston version of the COMAND knob much more comfortable to use, especially while driving hard or in bad weather. You don’t have to take your eyes off the road as much or have a finger hit the wrong spot when driving on rough roads.

The system does feature some modern essentials, including Bluetooth and streaming audio, as well as Apple CarPlay and Android Auto – though not wireless versions. There’s also a 17-speaker audiophile sound system.

One more grumble: the navigation system frequently found itself pointing the wrong way during my week of driving. I did not check the manual to see if there’s a reset process, as is available on many other vehicles, however.

Tap a button to increase ground clearance for either entry and exit. It also operates automatically, lowering the car as much as 3 inches when you reach 124 mph. Add to that an active anti-roll system that helped the DBX maintain its poise running along my favorite, twisty roads through the appropriately named Hell, Michigan.

The 2021 Aston Martin DBX offers six drive modes – which instantly adjust a variety of vehicle settings, including throttle and shift responsiveness, air suspension damping and the function of all those nanny controls.

Put it in GT mode and you’re pretty much good to go for most day-to-day driving, including snow and rain. There’s less harshness than you’d expect, especially if you’re used to traditional Aston offerings, such as the D11 – though those big, 22-inch wheels can make quite a thunk on rough pavement. As I noted up top, the DBX seems suited for pretty much anything nature can throw at you. I just wish I’d had the chance to take it on some trails or gravel. The ability to raise the air suspension would be a distinct plus.

Feeling a little more aggressive? Switch to Sport or Sport+ and have a go. The exhaust note amps up a bit and, with the AMG-derived AWD system, you can really flog the car aggressively around corners. By lowering the air suspension the DBX feels more like a classic Aston GT than a tall and heavy SUV. There’s a very modest amount of understeer, but it’s quite predictable and easy to use in corners. More impressive is the way the DBX seems to know when you’ve made a mistake, bringing itself quickly back in line. Overall, any concerns I had about sacrificing the sporty feel normally associated with an Aston vanished by the end of the week.

There were plenty of reasons to hesitate when former Aston Martin CEO Andy Palmer said he was pushing through on the development of an SUV back mid-decade. After spending a week with the sensuously styled DBX I realized my worries were for naught. The newest entry in the British marque’s line-up is everything one could have hoped for. It’s handsome, fun to drive and, unlike Astons of the past, it boasts enough interior space to bring along friends and plenty of cargo.

Aston has good reason to expect the 2021 DBX will become its best-selling model ever. 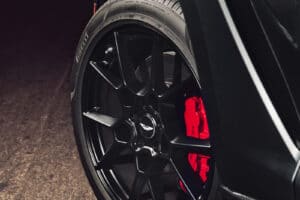 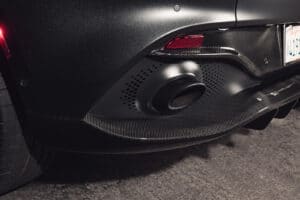 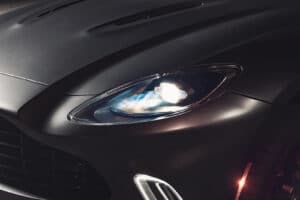