Data suggests some improvements in 2020.

The U.S Environmental Protection Agency offered the auto industry a report card pointed out shortcomings in fuel economy and emissions of greenhouse gasses.

The EPA’s annual “Automotive Trends Report” released this week covered the vehicles sold from the 2019 model year and outlines the impact of both the ongoing shift towards utility vehicles and the Trump administration’s effort to rollback fuel-economy regulations.

(Biden surprises with choice to head the EPA.)

The preliminary data suggests some improvements occurred in model year 2020. The average estimated real-world carbon dioxide emissions are projected to fall 12 g/mi to 344 g/mi, and fuel economy is projected to increase 0.8 mpg to 25.7 mpg. 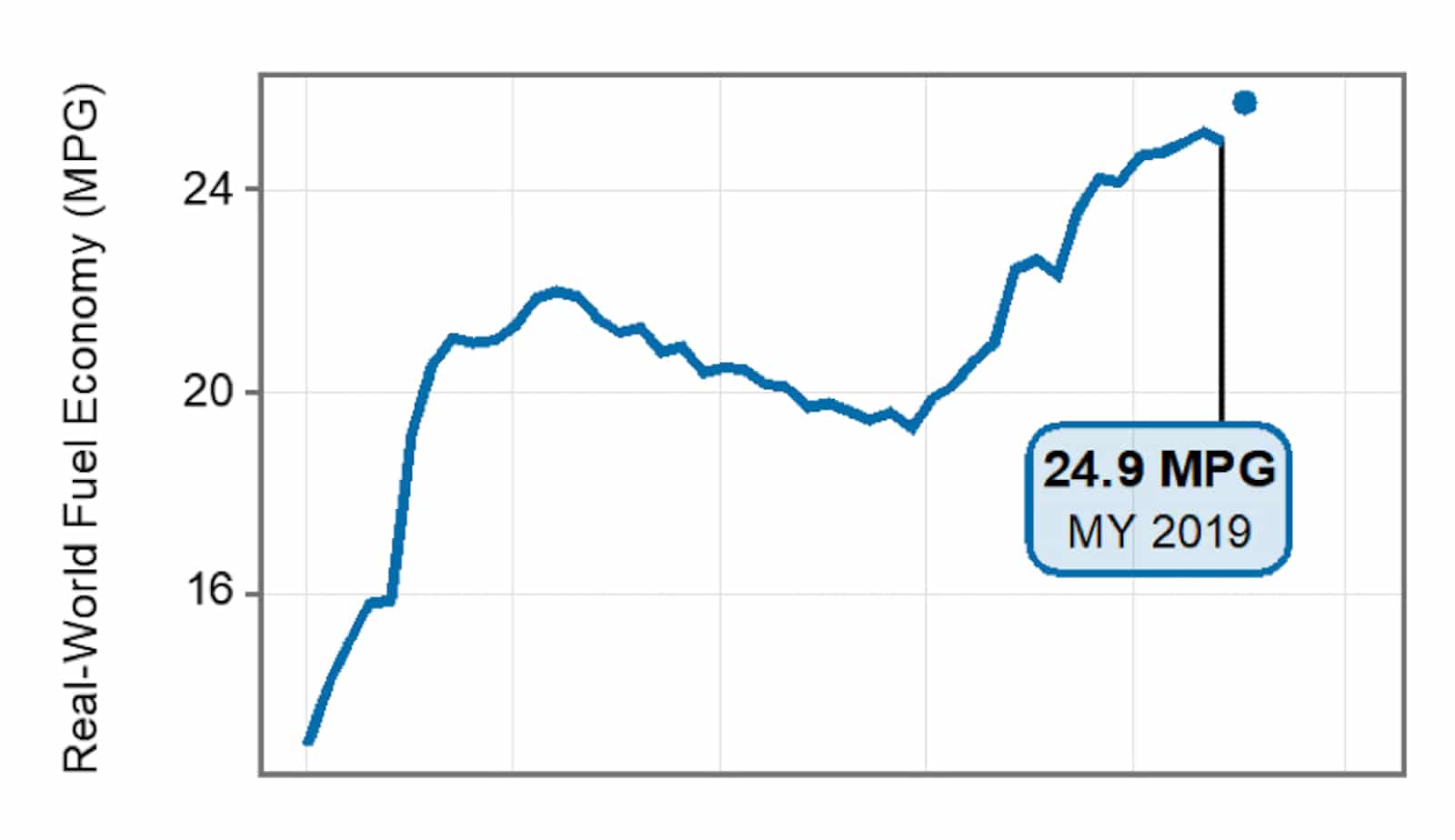 In response to the report, environmental groups said major automakers are failing to meet fuel-efficiency standards critical to reducing climate pollution from cars and trucks

“The auto companies promised to boost gas mileage and cut emissions 5% a year. Instead, for the first time in five years, mileage and pollution got worse,” said Dan Becker, director of the Center for Biological Diversity.

“Even before President Trump slammed on the brakes when he rolled back mileage-and-emissions standards, the EPA report shows, the auto companies had failed to cut pollution and improve fuel efficiency.”

“The automakers grabbed onto loopholes, so gas mileage went down, and pollution went up. They got everything backwards. Without tough rules from the Biden administration, automakers will keep pushing gas-guzzling Trumpmobiles on consumers rather than deliver clean cars that cut pollution,” Becker added. 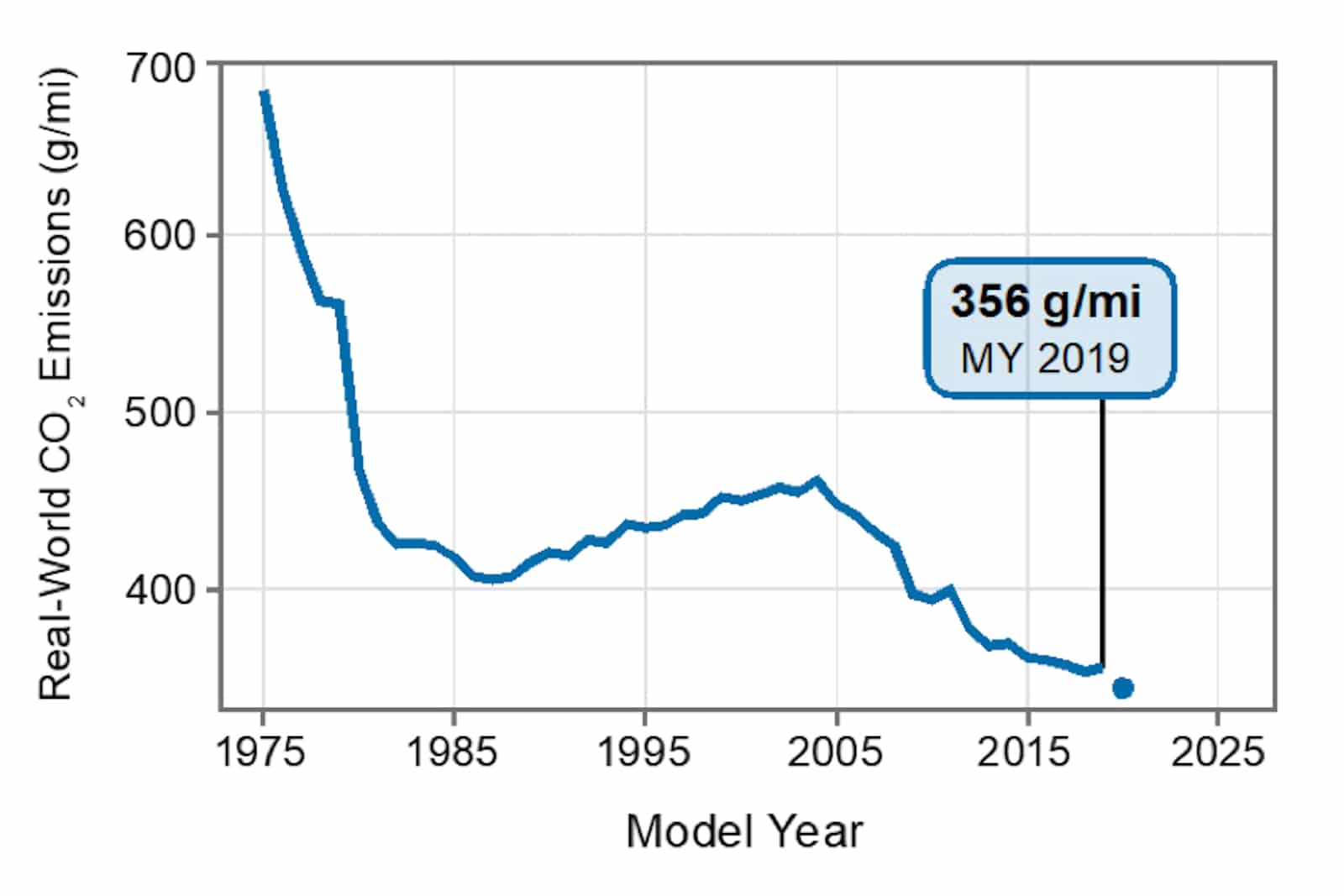 Environmentalist groups noted that the report showed that, “For the first time in five years, fuel efficiency fell, and pollution grew.”

That contention is supported by data from Sivak Applied Research, which showed that fuel economy for the U.S. fleet fell between 2017 and 2019. However, it has increased slightly between 2008 and 2019, rising from 21.8 mpg to 22.2 mpg.

Eleven of the 14 major manufacturers needed loopholes to meet the miles-per-gallon standards. They generated credits, for example, by equipping vehicles with improved air conditioning refrigerant or by installing solar roof panels on their vehicles, rather than by improving mileage, according to environmentalists.

The EPA has collected data on every new light-duty vehicle model sold in the United States since 1975, either from testing performed by EPA at the National Vehicle and Fuel Emissions Laboratory in Ann Arbor, Michigan, or directly from manufacturers using official EPA test procedures.