Few topics automotive have generated more debate and conflicting information in recent years as the subject of the purported iCar. Now, however, new reports circulating out of South Korea suggest there will, indeed, be an Apple vehicle – though, instead of going it alone, the reports suggest that the tech giant plans to partner up with carmaker Hyundai.

According to one report by Korea IT News, an Apple car could be built at a factory run by Hyundai Motor Group’s Kia brand in Georgia, though the publication later backed off on some of the original details it had published. Though Apple has not commented, Hyundai did issue a terse statement that it is in early discussions with the tech company.

(Tesla’s Musk was ready to sell EV maker to Apple for $60B.)

The reports are generating significant interest, especially from investors who have driven Hyundai stock up by roughly 50% since late last week. 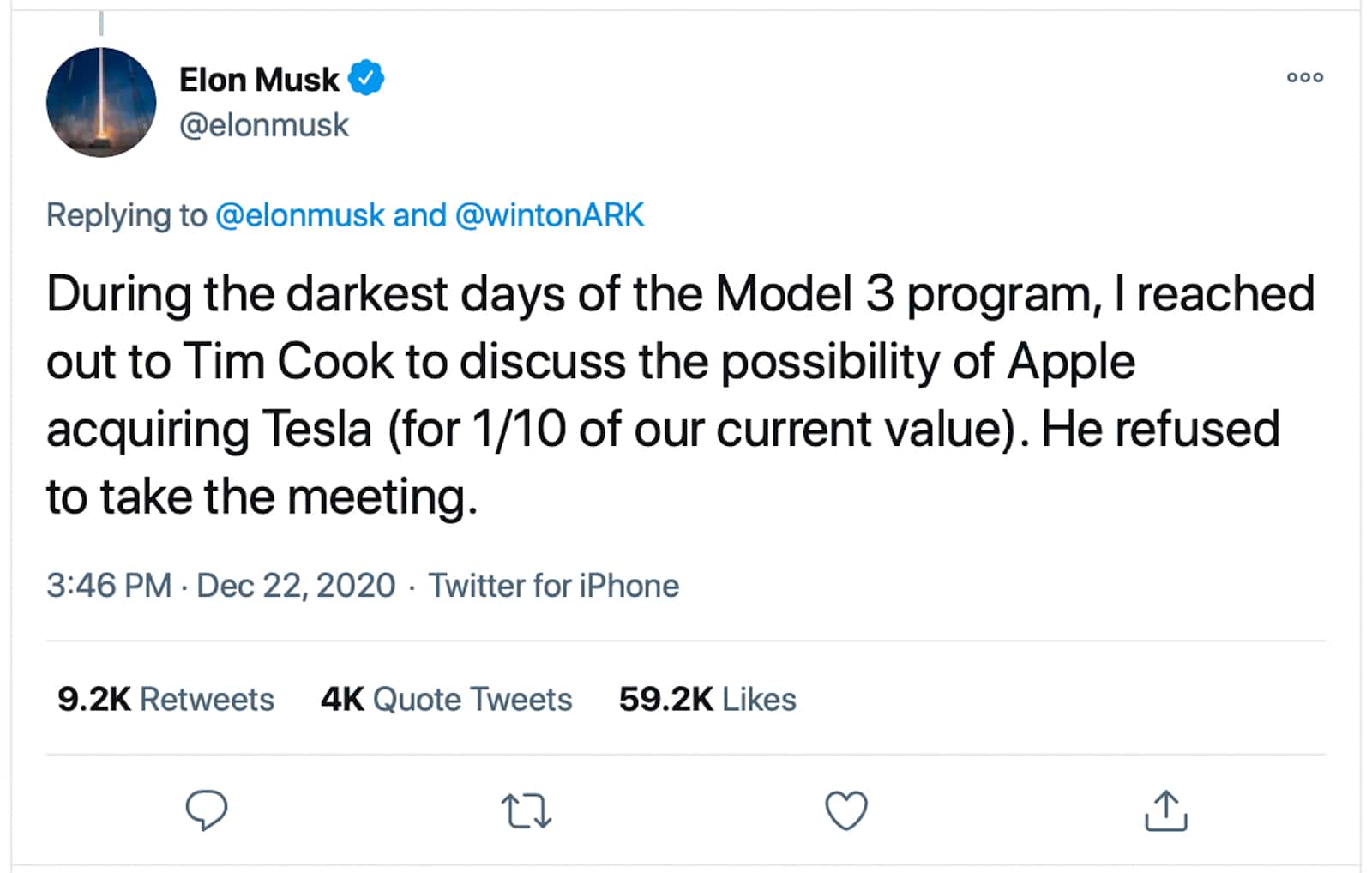 Rumors of an Apple car have been circulating for much of the past decade. The tech giant initially had nothing to say, but CEO Tim Cook eventually confirmed Apple was considering the possibility. Based on comments made by Tesla CEO Elon Musk this month, there was even the possibility – ultimately rejected by Cook – that Apple could’ve taken over what was then an untested startup.

What was known internally at Apple as Project Titan went through a series of ups-and-downs after it was formed in 2014. Insiders suggested that as many as 1,000 people were brought in to work on the car’s development, some with traditional automotive experience, others from Tesla and similar nascent enterprises. But the project went through a massive downsizing two years ago, at least 20% of the staff either let go or voluntarily leaving. Many others were transferred within Apple to other projects, a spokesman told CNBC in January 2019.

But the official left open the prospect that Titan wasn’t completely dead. “We continue to believe there is a huge opportunity with autonomous systems, that Apple has unique capabilities to contribute, and that this is the most ambitious machine learning project ever.”

(Apple readying to bring a new vehicle to market in 2024, report claims.)

It has been widely assumed since then the company’s focus shifted to developing autonomous technologies, perhaps to market to established automakers.

According to industry insiders and analysts, Apple learned through Project Titan just how difficult it is to start a car company from scratch. That prospect short-circuited another high-profile program, British inventor and entrepreneur James Dyson in November 2019 announcing that he would scuttle his company’s own EV venture, one he originally had promised to invest more than $1 billion in.

Considering its traditionally secretive manner, few are surprised that Apple isn’t talking now. And Hyundai’s second statement notably sidesteps even the mention of Apple, only stating that, “We’ve been receiving requests of potential cooperation from diverse companies regarding development of autonomous driving EVs, but no decisions have been made as discussions are in early stage.”

According to a source who spoke to Motor Trend, the discussions cover possible collaboration on “consumer-focused technology and potentially a vehicle.”

An earlier post by Korea IT News reported the Kia plant was one possible site considered for producing an Apple car, though a new U.S. factory was also in discussion. It would open by 2024 and have initial capacity to produce 100,000 vehicles annually, eventually growing to as much as 400,000.

Whether the negotiations will go anywhere is far from certain. Apple reportedly had discussed a potential collaboration with Canadian mega-supplier Magna, which has long partnered with automakers looking to assemble niche products at its plant in Graz, Austria. That project never got off the ground but, ironically, Magna now has developed an EV platform of its own. That will be used by Fisker, an EV startup aiming to compete with Tesla and, potentially, with any vehicle that Apple might bring to market.