Move will result in about 5,000 layoffs. 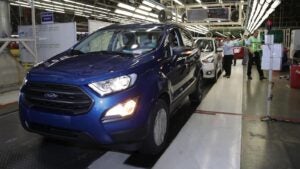 Looking to improve profitability. Ford is reorganizing its South American operations. The closure of the Camaçari in Brazil is part of that plan.

Ford Motor Co. is shuttering its production facilities in Brazil as part of a larger reorganization of its South American operations at a cost of about $4.1 billion.

The automaker announced it will stop building vehicles at its Camaçari, Taubaté and Troller plants this year. The company noted the COVID-19 pandemic has only amplified the fact that much for its production capacity in the region is sitting idle due to slow sales, resulting in “years of significant losses.”

Despite the plant closures, which will impact about 5,000 workers, the company plans to keep its South America headquarters, product development center and proving grounds in Brazil. Ford will begin the closure process immediately, working with unions to develop a wind down plan. The moves will have no impact on U.S. operations, according to Ford officials. 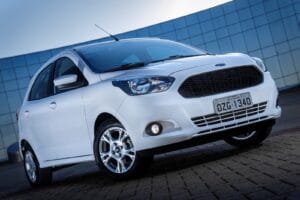 As a result of the plant closures, Ford is discontinuing sales of the Ka, a small popular hatchback.

“With more than a century in South America and Brazil, we know these are very difficult, but necessary, actions to create a healthy and sustainable business,” said Jim Farley, Ford president and CEO, in a statement.

“We are moving to a lean, asset-light business model by ceasing production in Brazil and serving customers with some of the best and most exciting vehicles in our global portfolio. We will also accelerate bringing our customers the benefits of connectivity, electrification and autonomous technologies to efficiently address the need for cleaner and safer vehicles well into the future.”

Production will cease immediately at Camaçari and Taubaté in Brazil, the company noted, adding that some parts production will continue for a few months to support inventories for aftermarket sales. The Troller plant in Horizonte, Brazil, will run until the fourth quarter of 2021. As a result, the company will end sales of EcoSport, Ka and T4 once inventories are sold. Manufacturing operations in Argentina and Uruguay and the sales companies in other South America markets are not affected.

The company noted that while it will end production, it plans to continue to sell and service vehicles across South America. Ford is also looking to make a deal with any companies that may be interested taking over the plants, it noted. 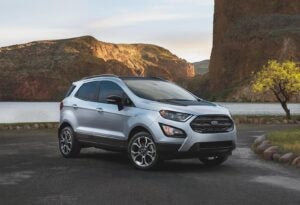 Ford is cancelling sales of the EcoSport too.

Brazil and the rest of South America has been a tough place to sell vehicles for North American automakers in recent years. Ford’s decision to shut down its light vehicle production shouldn’t have come as a big shock as it’s been shrinking its presence there for a while now.

In early 2019, the company announced its plans to close its São Bernardo do Campo plant, it’s oldest production facility in Brazil. The move resulted in the layoff of about 2,700 workers and spelled the end of its commercial vehicle production operations in the country. The plant produced Cargo lineup, F-4000 and F-350. At that time, the company also ended sales of the Fiesta small car once inventories were depleted.

The reason for the move, according to Ford officials, was the same then as it is now: it’s part of the company’s ongoing global reorganization efforts. Ford hasn’t been as a profitable as it could be in the eyes of some, and new CEO Farley is looking to improve the company’s profits and margins, targeting an 8% company adjusted EBIT margin.

Part of those profits will come from the introduction of some of its most popular vehicles in the U.S. and other markets, such as the Ranger (which is built in Argentina), the Bronco, the Mach 1 and the Transit van, the company noted.

(Ford Fusion could stage a return — this time in crossover form.)

Ford currently expects to record pre-tax special item charges of about $4.1 billion, including about $2.5 billion in 2020 and about $1.6 billion in 2021. The charges will include about $1.6 billion of non-cash charges related to writing-off certain tax receivables and for accelerated depreciation and amortization. The remaining charges of about $2.5 billion will be paid in cash, primarily in 2021, and are attributable to separation, termination, settlement and other payments.