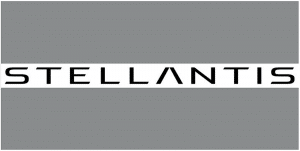 Fiat Chrysler and PSA shareholders are expected to approve the merger of the two companies forming Stellantis, the world’s fourth-largest automaker.

This story has been updated to reflect the merger’s approval in separate votes by Fiat Chrysler and PSA investors.

The deal is done; shareholders at both PSA Group and Fiat Chrysler Automobiles now have voted to approve a merger creating the world’s fourth-largest automaker by sales volume, Stellantis.

Shareholders overwhelming approved the deal that was first announced in late 2019 — but only received final regulatory approval late last year. The $58 billion deal won an “Aye” vote from 99.15% of FCA shareholders, while 99.85% of PSA investors approved of the deal during an online meeting. Following the vote, the two companies said the merger process is expected to be completed by January 16.

Officials with the two companies have promised that the merger will yield a significantly stronger automaker, helping drive down manufacturing costs while also making it easier to prepare for the many changes set to sweep through the auto industry in the coming decade, notably the shift to electrified and autonomous vehicles. But the merger also raises numerous questions, starting with the broad range of brands each of the new partners bring to Stellantis. There has been widespread speculation that the new company could eliminate some of the weaker marques, including FCA’s namesakes, Fiat and Chrysler.

(FCA CEO Manley won’t be on the board after merger with PSA is completed.)

Carlos Tavares, PSA (left) and Mike Manley, FCA, shake hands following the signing of the merger agreement between the two companies in 2019.

“Stellantis will be a sort of conglomerate of brands, some great and some not so good and most very regional,” wrote Jefferies analyst Philippe Houchois. “The merger will be a good opportunity for a reset.”

The auto industry has been facing enormous pressures in recent years and FCA’s former CEO, the late Sergio Marchionne, began looking for an additional alliance partner even before completing the merger that formed Fiat Chrysler Automobiles a decade ago. During his tenure the plan was rebuffed by some of the industry’s giants, including Volkswagen and General Motors. It was Marchionne’s successor, Mike Manley, who took things a step further.

Manley came within hours of completing a merger with the largest French automaker, Renault, but the deal unraveled just before it was set to be announced. Months later, FCA made the surprise announcement that it was talking with PSA, parent of brands including Peugeot, Citroen, Opel and Vauxhall.

A formal plan was announced in December 2019 but it faced a variety of challenges, including issues raised by the coronavirus pandemic. Nonetheless, the process moved forward, the proposed partners clearing the last regulatory hurdles as 2020 drew to a close.

Under the agreement, FCA’s Chairman John Elkann – heir to Fiat’s founding Agnelli family – will retain that title at Stellantis. So too will Carlos Tavares, the highly regarded CEO who has been credited with turning around the French company since joining it six years ago, keep his role. Significantly, PSA was able to put the Opel/Vauxhall unit into the black

FCA CEO Mike Manley will not retain a seat on the board of directors after the merger.

within a year after acquiring the German-based operation from General Motors. Under GM, Opel had been in the red for nearly two decades.

Nonetheless, PSA has plenty of challenges of its own. Among other things, it is trying to find the formula for returning to the critical U.S. market it left nearly three decades ago.

As Stellantis, the new enterprise will need to move quickly to catch up with key competitors racing to bring electric vehicles to market. These include not only established manufacturers such as VW and GM but new entrants like Tesla and Lucid.

The partners set some tough goals going into the final phase of the merger. Early on, officials estimated they could squeeze out savings of 3.7 billion euros, or $4.5 billion, through various efficiencies. They later upped that to 5 billion euros, or about $6.1 billion. But the pandemic has made the business of forecasting, whether unit sales, revenues or earnings, exceedingly difficult. And the expectation of analysts, such as IHS Markit, is that it will take to nearly mid-decade before global sales come close to pre-pandemic levels.

The industry has been seeing an acceleration of mergers, acquisitions and less overarching joint ventures and alliances in recent years. But FCA provides a textbook example of how they don’t always pan out. The U.S. side, Chrysler entered into a supposed “merger of equals” in 1998 but, a decade later, found itself discarded by the German side of DaimlerChrysler AG. It would have been allowed to go bankrupt by the Obama administration in 2009 were it not for Fiat pulling together a rescue plan. 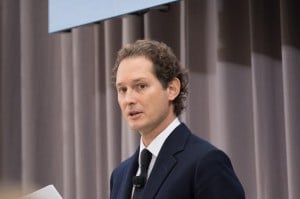 Fiat Chairman John Elkann will retain the same role in a merged company.

Then, under CEO Marchionne, FCA spent years chasing an even bigger alliance.

Curiously, the company that originally defined the concept of “bigger-is-better” reversed course following its own brush with Chapter 11. GM not only sold off the endlessly struggling Opel unit but also pulled out of an assortment of once important markets, including Australia, Russia and South Africa. After the formation of Stellantis, GM will slide back one spot and become only the world’s fifth-largest automotive manufacturer.

“The auto industry has been chasing size and consolidation for years, but it’s been slower in coming than many would like to see,” Jefferies analyst Philippe Houchois told investors. “The question is whether GM, Toyota and Renault-Nissan have provided evidence that there may be limits to this strategy.”