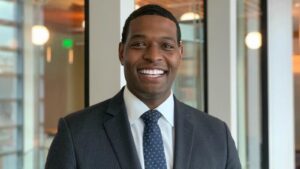 The head of North Carolina’s Department of Environmental Quality, Michael Regan, has been tapped to serve as administrator of the Environmental Protection Agency by President-elect Joe Biden.

North Carolina, where the state legislature is controlled by Republicans while the governor is a Democrat, is not one of the states that has sided with California in the festering dispute about auto emission standards that was touched off when the Trump administration tried to revoke California’s authority to set its own emission standards for automobiles.

However, Regan is expected to work closely with Gina McCarthy, the head of the EPA from 2013 to 2017, who was one of the architects of the Obama administration’s policy on auto emissions and fuel-economy standards that Trump has tried to rollback. Biden is expected to name McCarthy as his domestic climate policy czar, according to numerous reports.

(Former Michigan governor in line for Secretary of Energy post.) 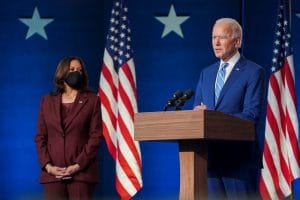 President-elect Joe Biden’s considered CARB chief Mary Nichols to head up the EPA, but a couple of factors combined to scuttle her chance.

Before Regan’s appointment was announced, McCarthy’s new role drew praise from Mary Nichols, the influential head of California Air Resources Board. Nichols was thought to be a leading candidate to become EPA administrator.

During a webinar arranged by Veloz, a non-profit organization that advocates for electric vehicles, to honor Nichols on her retirement as CARB chief, former California Governor Arnold Schwarzenegger, a Republican, said he asked the Biden team to name her EPA administrator.

However, the 75-year-old Nichols’ age appeared to work against her as did a lengthy record of complaints from factions in the Democratic party, which had complained she wasn’t sensitive enough to the environmental concerns of poorer residents of California.

Her retirement will lead to the appointment of a new head of CARB, which has a major role in shaping automotive regulations in the U.S. So far, California Governor Gavin Newsom hasn’t indicated his preference for her replacement.

Regan, 44, is a generation younger than Nichols and previously worked for the EPA during the Clinton and the Bush administrations. Before leaving the agency, he served as a national program manager responsible for designing programs aimed at reducing pollution and improving energy efficiency and air quality, according to NBC News. 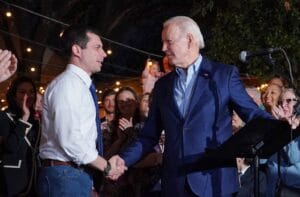 As the administrator of the EPA, Regan would be charged with a leading role in Biden’s efforts to combat climate change, invest in green energy and infrastructure, and take on environmental injustice.

Environmental groups were quick to praise the expected selection of Regan.

“We are confident Michael Regan will rebuild the EPA, restore the central role of science, and advance health protections for people and the air, water and land upon which we depend to thrive,” Tiernan Sittenfeld, an official with the League of Conservation Voters, said.

“We support Biden’s choice of Regan, an experienced and dedicated environmental leader, as EPA administrator. Biden’s collaboration with Regan will be key to fulfilling the administration’s mandate to face the accelerating climate crisis at scale, starting first with the reversal of the Trump administration’s harmful rollbacks,” the climate group 350.org’s associate director of policy, Natalie Mebane, said.