Plenty of new options to choose from on this list.

Editor’s Note: Finding that perfect item for the car nut on your shopping list gets tougher and tougher every year. TheDetroitBureau will be offering up some suggestions during the next few days in hopes spreading some holiday cheer — or easing the headache associated sometimes associated with gift giving.

Books are a favored choice for gifts during the holiday season, particularly the last-minute variety. The list of books aimed at gearheads is exceptionally long with plenty of amazing options for the automotive maven on your shopping list.

However, in recent months, several new titles have appeared, paying homage to storied brands, taking an in-depth look at motorsports and even examining junkyards.

With the number of days left the calendar to get gifts dwindling, here’s a list of some of the best of new automotive-focus books that could move you from Grinch to the Greatest with the simple swipe of a credit card.

(Zoox’s new “toaster” may be the EV of the future.) 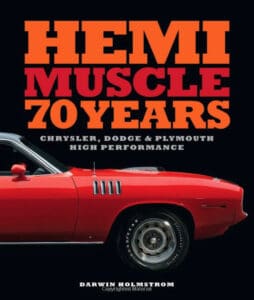 One of the best elements of this book is that it places the muscle cars from Chrysler, Dodge and Plymouth in a historical context and ties those vehicles back to wider design and automotive traditions. I especially liked the fact that the author, who has written other collection-style books on Gibson Guitars and Indian Motorcycles, makes the writing is straightforward and accessible.

In addition, the book includes a broad selection of photographs of many vehicles built over the past seven decades from a variety of sources. An interesting book for both fans and for anyone interested in muscle cars. 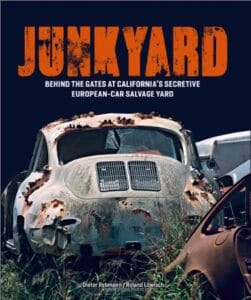 Southern California has rich tradition of serving as the is setting for mystery stories and the German-based team delve into one that is set amid region’s rich and varied automotive culture. The text tells the story a German-born immigrant who settled in Los Angeles and built a business out scrap by buying up the wrecks of the European-made cars he found around LA.

The pictures by Dieter Rebmann, a long-time photographer, whose list of commercial clients includes, VW, Bose Bugatti and Daimler, turn the landscape of the space that Klein created in South Central L.A. into a work of art that could grace the coffee table of anyone interested in automotive culture or impressive photography. 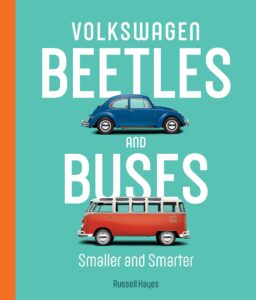 Even if you are not Volkswagen fan, the books are bound to bring a smile to your face simply because the quirky, off-beat design of the Beetle and the legendary VW Bus seemed to be such a departure from traditional automotive design.

The text by Russell Hayes, a veteran London-based automotive journalist, delves into the history of both vehicles going all the way back to the 1930s. But it also builds out into a history of the design push-pull that led to the re-emergence of Beetle in the years after World War II and its continuous evolution that turned it into a global icon.

The VW Bus initially came from Volkswagen effort to meet the demand for an economical vehicle that could be used for inexpensive travel and camping, which became popular with a cash-strapped population in the post-war years. One of the book’s shortcomings is that while there are a lot of historical snapshots in the book, overall, the photography is rather bland. 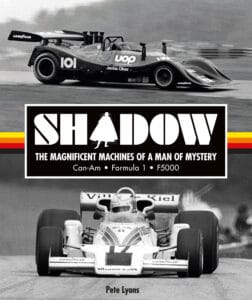 Shadow: The Magnificent Machines of a Man of Mystery: By Peter Lyons. 463 Pages. Evro Publishing.

Fans of auto racing invariably get hooked on the drivers or the machines or even the team owners if the develop if the cars develop a reputation for invincibility. But this book, by a writer with a long career chronicling motorsports, tells the story of an underdog whose teams and cars took on the giants of auto racing in the 1970s. Donald Robert Nichols’ small, under-resourced teams succeeded in literally making a race of it any number of series, including Formula One where money is often a decisive factor in determining who wins and who loses. It is a compelling story, but the author, who enjoyed unique access to Nichols and his colleagues as the photographs demonstrate, is underserved by his editors. 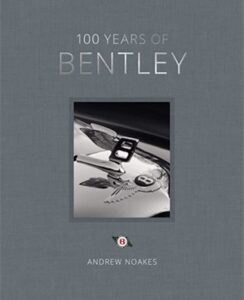 Bentley is one of the most celebrated marques in the automotive world and throughout the past century it has retained its aristocratic bearing despite the vicissitudes of the global automotive industry. The book tells the story from the beginning, starting with the company’s founder, W.O. Bentley, a railroad engineer by trade.

The story told in the book is artfully illustrated with photographs, drawings and other types of material that helps brings the story to life. The photographs, many of them drawn from Bentley’s archives, have the feel of fashion photography found in glossy magazines such as Vogue or Harper’s Bazaar. The book also comes with a slip cover suitable for a coffee table. 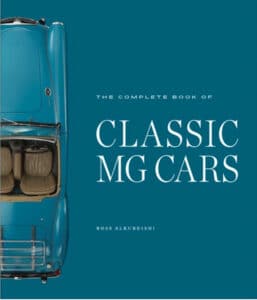 The first MG was built in 1924, according to this chronicle of the fabled MG marque. The book celebrates the company’s history of producing a long line of sports cars that have come to define the automobile for generations of motorists.

The book lays out MG’s history model by model and includes descriptions of the technology and specifications of virtually every model. The chronicle could have been rather plodding but the author, a British automotive journalist, manages to artfully keep the story moving forward to the early days of the 20th century when the Rover Group – than the owner of MG – ran aground and ownership was transferred to Chinese hands. While the MG name has been eclipsed, it has never died, which makes the book so interesting.