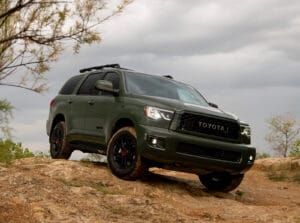 The 2020 Toyota Sequoia TRD Pro is ready for adventure and definitely looks the part.

While sales have dived this year, the Sequoia remains one of the pillars of Toyota Motor North America line-up of trucks and sport-utility vehicles.

Overview: The Sequoia seemingly has been around forever has been part of Toyota’s line-up of utility vehicles for a long while, holding down the full-size SUV spot with its rugged looks and body-on-frame construction, Toyota keeps making incremental improvements to its four-wheel independent suspension, generous ground clearance and big 5.7-liter V8 engine.

It remains one of the most capable and versatile vehicles in the Toyota portfolio and offers an alternative to big SUVs such as the Ford Expedition and the Chevrolet Tahoe.

Exterior: The best thing about the 2020 Sequoia TRD Pro’s exterior is it conveys a sense of security as well as the idea it can genuinely go anywhere at any time. A black roof rack, black aluminum running boards, running lights and fog lamps and nearly 10-inches of ground clearance only serve to enhance the vehicle’s ready-for-adventure appearance. 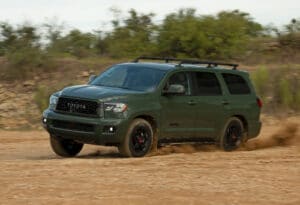 Powered by a 5.7-liter V-8 putting out 380 horsepower, the Sequoia TRD Pro is ready for off-road fun.

In addition, the Sequoia TRD Pro also has benefitted from the all-black grille that replaces the chrome grille found on other versions of the Sequoia. The black grille also seems to fit better with the Sequoia’s overall appearance and solid profile. The ute also comes with an automatic liftgate operated by the key fob as well as tinted windows.

Interior: The first thing you notice when after climbing behind the wheel of the Sequoia is the sense of openness in the cabin. The interior is spacious, but the controls are within easy reach and there is also a comprehensive set of controls on the steering wheel.

The gauges are easy to read and well-lit at night without being distracting during a trip in the dark when the interior lighting scheme comes into play. The screen in the center stack can both map the vehicles location and track entertainment.

Adding to the vehicle’s functionality is copious amount of storage space around the cabin and in the center stack. 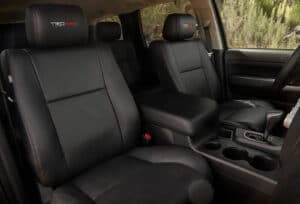 The interior of the Sequoia TRD Pro is swathed in leather, offering a comfortable space for passengers.

The Sequoia seats seven and the third row, when it is used for passengers, is quite accessible. The view from the driver’s seat is excellent and even when the third-row seats are being used, there is plenty of room for packages.

Powertrain: The 2020 Toyota Sequoia TRD Pro is equipped with a 5.7-liter, multi-valve V-8 engine, a six-speed automatic transmission and an all-wheel-drive capability.

The drivetrain produces plenty of power, 381 horsepower and 401 pound-feet of torque, plus a towing-package is available for owners looking to use the vehicle to haul for work or recreation.

The fuel economy is okay when the Sequoia’s size and competition in the category are taken into consideration. The Sequoia gets 14 mpg combined, including 13 mpg in the city and 17 mpg, according to the figures Toyota supplied to the U.S. Environmental Protection agency.

Technology and Safety: Toyota also has kept the Sequoia’s technology fresh, steadily improving its connectivity and entertainment systems, which includes Bluetooth, satellite radio as well as Android Auto and Apple CarPlay as well as USB ports. 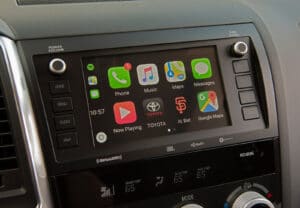 The SUV comes with the latest in technology, including Apple CarPlay.

Driving Impressions: Ride and handling of a body-on-frame-vehicle can be less than optimal at times. But the Sequoia’s sturdy undercarriage, TRD-spec Fox shock absorbers and four-wheel-independent suspension delivered a surprisingly smooth ride over all kinds of surfaces, including a long stretch of dirt road.

The suspension also kept the Sequoia flat around sharp curves and stopped the vehicle from picking up any extra body movement on the hilly stretches of road I used for a long trip. 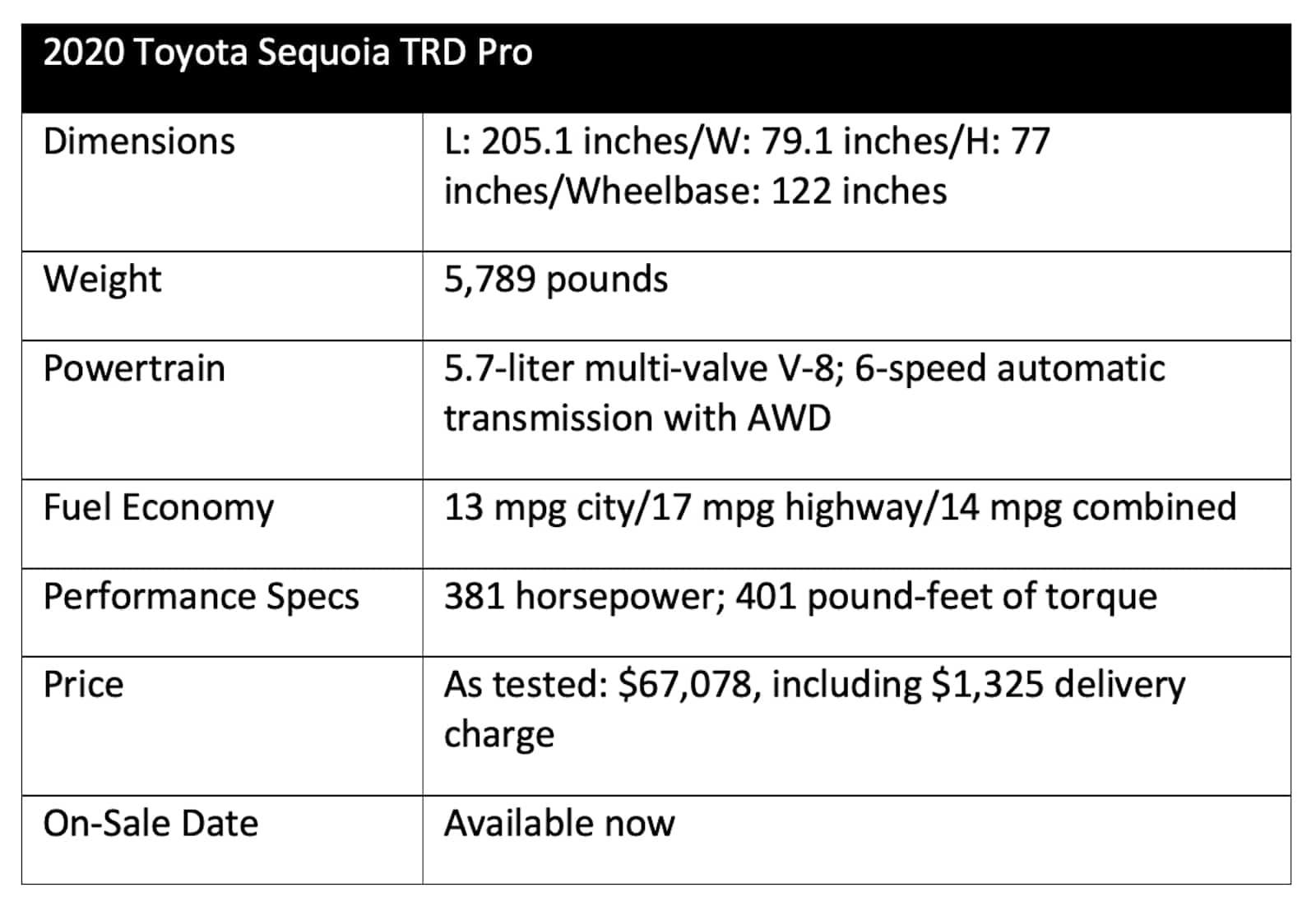 The hydraulic steering also was first rate and offered plenty of control for handling, plus the brakes were quite good. The transmission shifted cleanly and smoothly under varied conditions such as freeway driving and shifts to all-wheel-drive system seemed timely.

Wrap Up: The 2020 Sequoia TRD Pro is not considered a “luxury” vehicle but it still cost $67,078, which included the $1,325 destination charge and more than $1,000 for the optional TRD exhaust note. However, big, family-oriented vehicles in the category are expensive and even used full-size SUVs are pricey depending on the mileage.

But the Sequoia decked out with TRD badges and equipment looks impressive and is very capable and versatile enough to handle almost and task with which it challenged from a long trip to hauling a boat and Toyota has managed to keep the vehicle fresh and the ride and handling made a good impression as did integration of the technology in the vehicle. 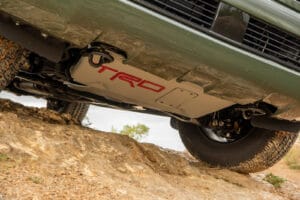 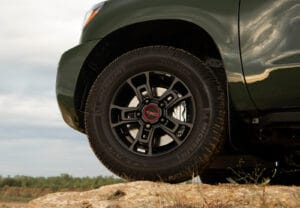 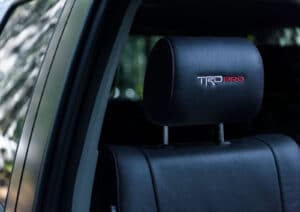