Electronics, EVs cause headaches for owners.

There’s a new king of the durability hill, at least according to Consumer Reports magazine, which says Mazda has nudged past perennial leader Toyota in its 2020 Auto Reliability Study.

“As far back as we’ve rated (reliability), it’s always been a Toyota brand,” in the top spot, whether Toyota, Lexus or even its now-abandoned Scion brand, said Jake Fisher, the magazine’s director of automotive testing. “This is the first time we’ve seen another brand break into the top spot.”

The news was far less upbeat for Tesla, however. The California EV maker ranked second-to-last in the widely followed study, Fisher pointing to a wide range of problems Tesla owners have been reporting.

The latest Auto Reliability Study revealed a number of surprises, starting with the strong performance by Mazda which took the top spot for the first time ever, Mazda products, in general, scoring above average in terms of reliability. While Toyota did lose its grip on the crown, however, it still did come in at the second spot. It was followed by Lexus, its high-line brand experiencing a variety of problems with its flagship LS sedan that hurt it overall. 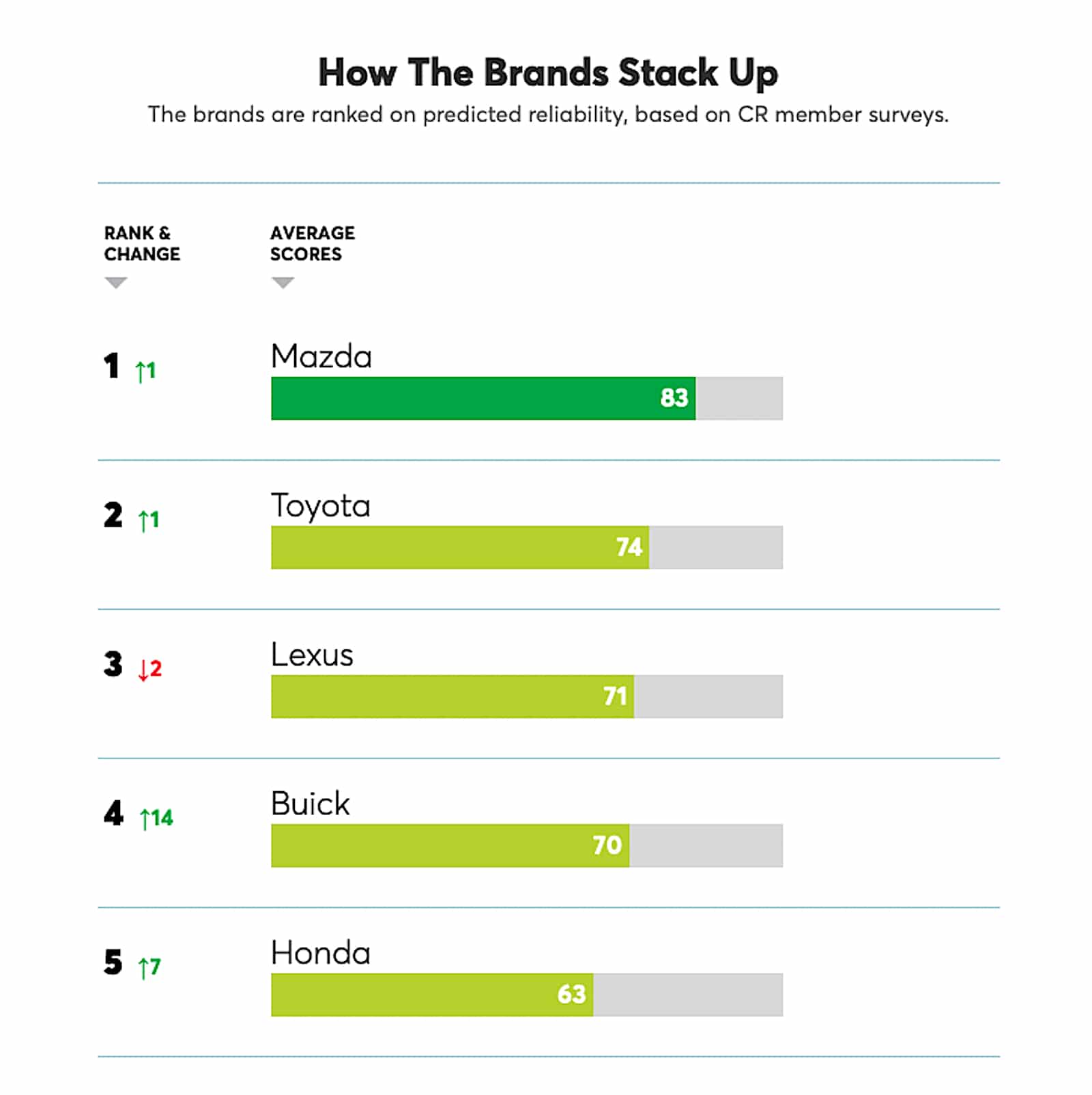 In general, issues with electronics – infotainment systems, in particular – hurt the reliability ratings of a number of manufacturers. In some cases, owners reported screens that would suddenly go blank or display upside-down.

On the positive side, more and more manufacturers are now making it possible to update electronics remotely through smartphone-style over-the-air updates. In many instances, said Fisher, that has resulted in quick fixes that don’t require owners to take cars in for service.

Traditional mechanical problems still show up on some vehicles. The Lexus LS, for example, has been hurt by issues with transmission and turbocharger problems – as well as infotainment glitches – and transmissions have been a sore spot for a number of Ford vehicles.

It wasn’t a good year for Ford or its luxury brand Lincoln. Both slid in the 2020 Consumer Reports Auto Reliability Study, in fact. Ford fell to 22nd among the 26 brands included this year, Lincoln coming in dead last. Three of the automaker’s new SUVs, the Corsair, Nautilus and Aviator all scored “Much worse than average.”

Tesla didn’t fare much better. Early on, CR said the original Model S was the best car it ever tested but, since then, the carmaker has been plagued with a variety of problems, according to the magazine. The Model Y had some of the worst reliability problems among all products studied, with the Models S and X rated “Worse than average.” Only the Model 3 came in with an “Average” score.

Tesla’s quality problems ran the gamut from traditional, mechanical issues to high-tech problems. That includes faulty touchscreens that can blank out and make it impossible to control vehicle functions or even see what gear the vehicle is in, noted Fisher. That defect has now triggered a federal safety probe. 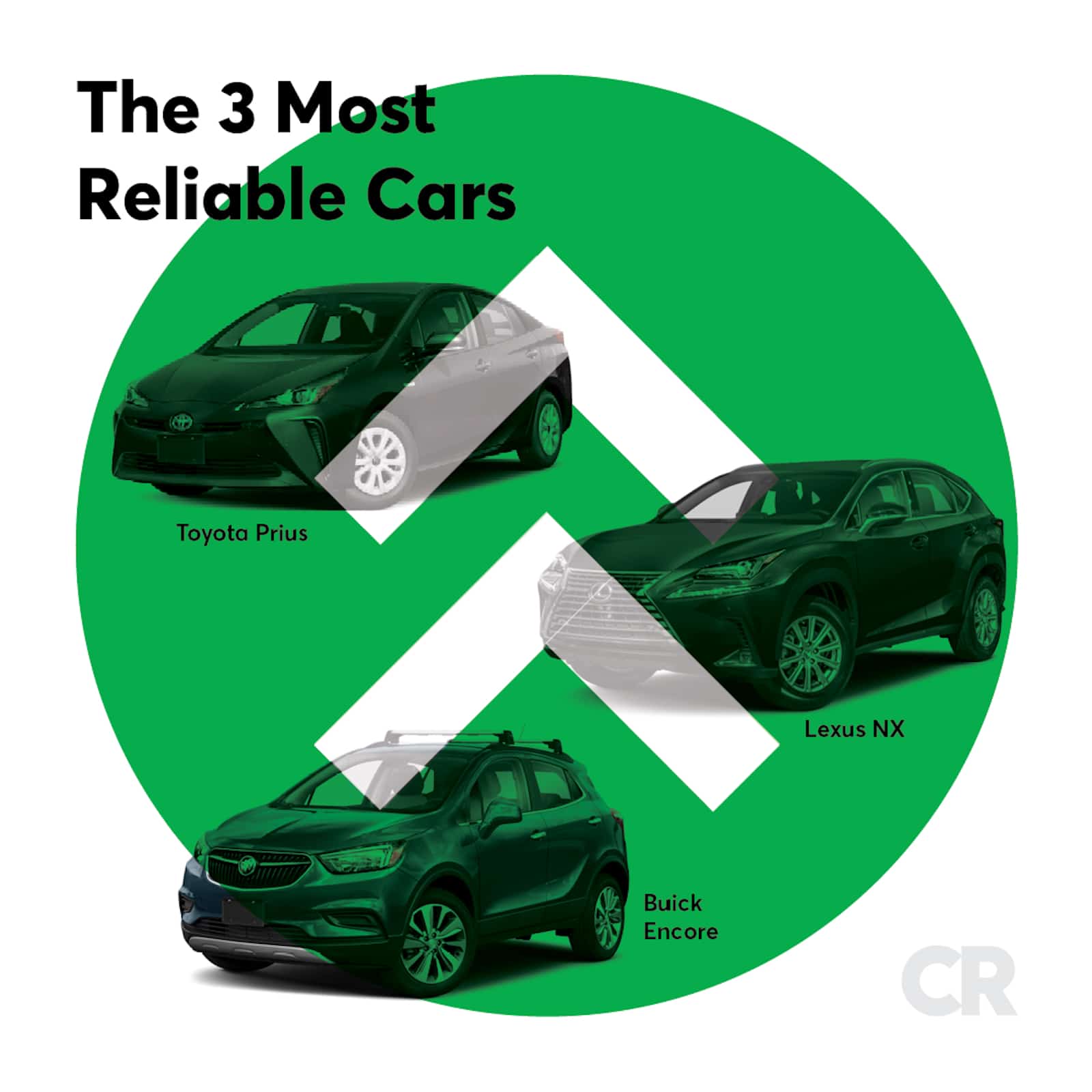 But Tesla also experienced an array of manufacturing issues, including the falcon wing doors on the Model X and tailgates on the Model Y that won’t latch. Paint issues are endemic, according to the study.

“A focus on the basics would help them a lot,” said Fisher, noting that Tesla continues to struggle with problems “ other automakers worked out 50 years ago.”

In a separate study released this past month, Consumer Reports also faulted Tesla’s semi-autonomous Autopilot technology. And Fisher said he is concerned about the company’s plans to launch a fully hands-free system next year. “Selling self-driving cars when you’re having trouble making the doors fit is concerning,” he said.

Tesla wasn’t the only automaker haven’t problems with EVs. Audi’s overall reliability was hurt by issues with the new e-tron SUV, some of which have experienced driveline failures. Similar problems has led CR to remove the coveted “Recommended Buy” rating for the Porsche Taycan.

Some manufacturers did fare better with their EVs, as well as their plug-in hybrids, however, Fisher pointing to the Nissan Leaf and Chevrolet Bolt, in particular. “Bolt was not a technological tour de force,” he noted. “They didn’t go overboard trying to make this the car of the future so that really paid off.” 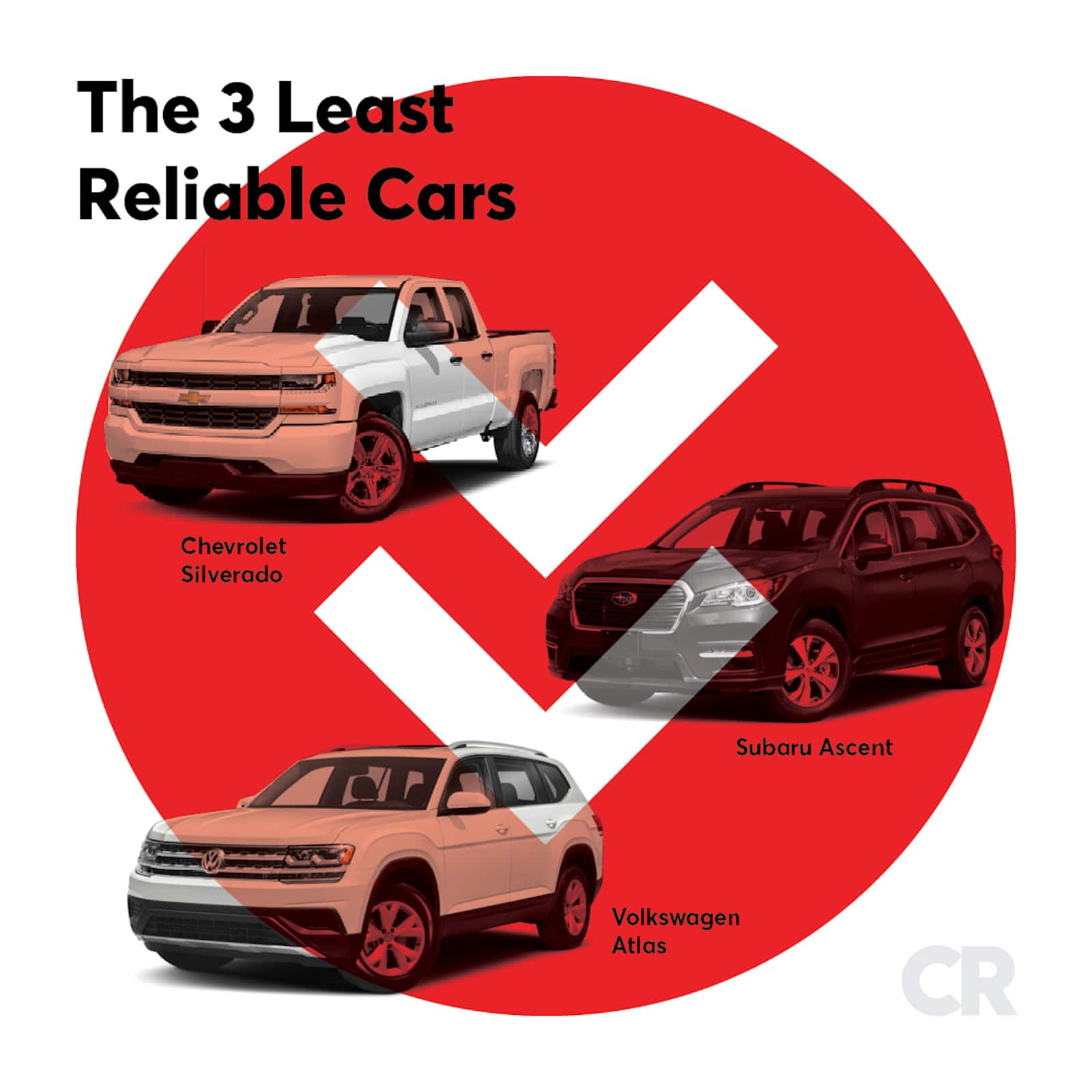 Overall, the Consumer Reports study found that Asian automakers had the highest level of reliability. That, notably, included SUVs. Detroit manufacturers, however, had the highest-ranked passenger cars. The reason is simple, according to Fisher: Detroit has largely abandoned sedans and coupes and the models left are, for the most part, older products that have had the bugs worked out.

There were some notable outliers. Buick was the fourth-ranked brand, Ram coming in seventh, with sibling Dodge rounding out the top 10.

European brands Volkswagen and Mini, were among the bottom five, according to Consumer Reports.

The magazine’s auto researchers look at 17 different areas of potential problems with the vehicles covered by the Auto Reliability Study. And five different elements go into each score: reports submitted by owners, the magazine’s own road tests, safety equipment, crash tests and predicted reliability for new models.