Rolls-Royce’s newest sedan, the freshly redesigned 2021 Rolls-Royce Ghost, attem­­pts to eschew ostentatiousness in the styling of its new sedan by terming it “post-opulent.”

Given that opulence has never gone out of style, it’s a curious phrase coming from an automaker whose products have represented unrivaled luxury for 114 years. But the anxiety that underpins the phrase is understandable. Brands like Packard, Pierce-Arrow, and Duesenberg once competed for Rolls-Royce clientele; all disappeared when they were no longer deemed worthy of their price, despite their excellence.

Despite the fact that tradition endures by its very nature, the products that maintain it, all the while bowing to modern-day demands, survive and thrive.

(Rolls-Royce poses twin mysteries plus app to help solve one.)

Overview: “It’s always a balancing job to make it really feel like a Rolls Royce. And if you think that there was a Rolls and a Royce, and they were two completely different people, actually it’s kind of the same thing,” Henry Cloke, designer of the new Rolls-Royce Ghost told TheDetroitBureau.

“I think you have the Pantheon grille and the Spirit of Ecstasy are actually so recognizable that we can actually change them and abstract them a little bit and you will always know it’s a Rolls Royce,” Cloke said.

Exterior: Designers wanted to instill The Ghost with a sense of motion. This explains the visual taper at the rear, where the trunklid suggests the classic bustle back Hooper-bodied Rolls, or even one with a boattail – both classic Rolls-Royce shapes, but implemented in a contemporary fashion.

“… The Ghost’s lower side-body line visually lowers the car, while the tapered rear visually reduces its mass as you walk around it. The scallops in the roof and hood also slim its appearance, while the near absence of panel gaps and shut lines lend it an air of refinement …”

And rain gutters are noticeable by their absence, although they are there; you just can’t see them. Also, there’s the illuminated grille. It resides on an aluminum spaceframe architecture derived from the larger Phantom sedan, unlike the first-generation 2009-2020 Ghost, which shared its platform with the BMW 7 Series. 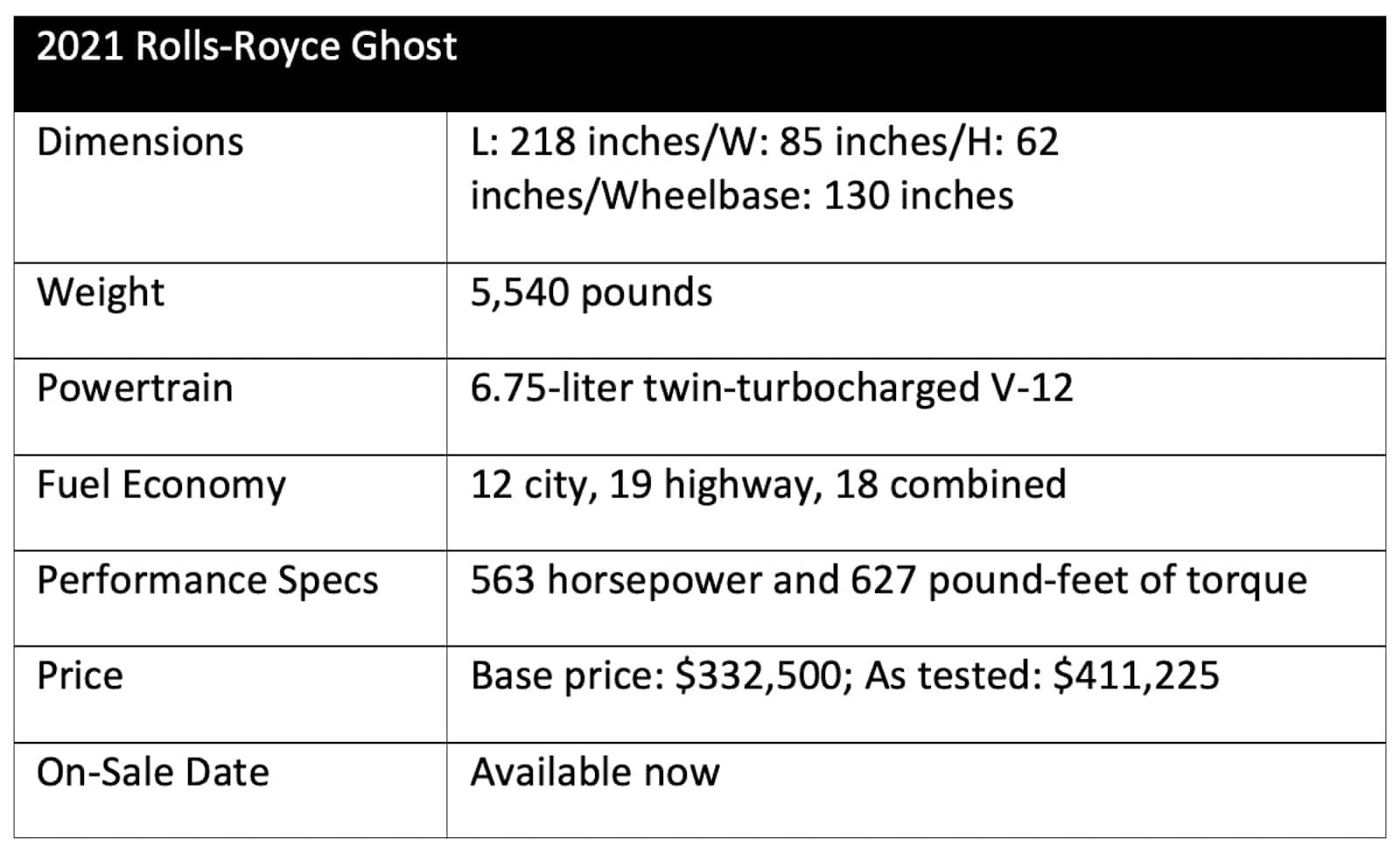 Interior: The careful attention to detail with the new Ghost goes beyond its clever exterior design. As you climb into the car, the doors powering shut at the touch of a button, you’re ensconced in an interior handsomely trimmed with 338 individual pieces of leather, and thick, plush lambswool carpet. Look up, and you’ll find a starlight headliner.

Taking two days to complete, it’s comprised of more than 1,000 fiber optic cables placed and cut by hand to mimic the look of a starlit sky. Those in the rear seat have a better view than those in front, and they get to climb through rear hinged doors, making it impossible not to look fabulous. Then again, this is a car to drive OR be driven in. Either way, the Ghost’s superb soundproofing keeps the outside world at bay.

All the while, the cabin’s ambiance is much like its name. It’s not so much silent as it is ethereal. Acoustic engineers tuned each component so that they shared a common resonant frequency. And yes, it maintains its column mounted transmission shifter and thinner steering wheel. Some traditions never die.

Driving Impressions: It all translates into a seamless driving experience, one where The Ghost glides majestically above the fray, remaining level even while cornering, where the many systems counteract any unwelcome bob and sway.

The all-wheel drive delivers outstanding grip, assuring that every drive will be effortless, while all-wheel steering increases stability and nimbleness when executing mid-to-high-speed lane changes by lending the driver more control.

Wrap Up: Once, many cars delivered a similar experience. Now there is only Rolls-Royce, a true luxury car in an industry where too many of its competitors unjustifiably use the term. If its price seems rarified, so too is its character, which is the true definition of luxury. 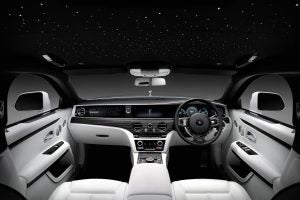 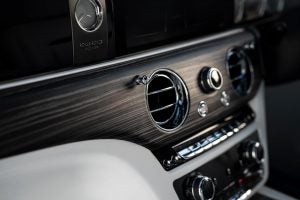 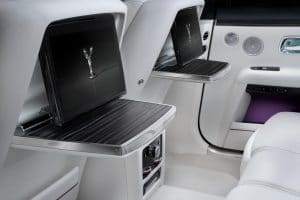