Elation’s Freedom model makes as much as 1,903 out of four separate motors. 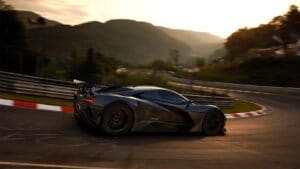 Influenced by F1, the Elation Freedom hypercar reportedly can hit 60 in 1.8 seconds and top out at 260 mph.

As weird as it might seem, the hypercar market is getting surprisingly crowded these days. Perhaps just as odd, however, is the fact that the new Elation Freedom model lays claim to being the first produced on U.S. soil.

But the new model has something essential in common with many of the European hypercars we’ve seen recently, such as the Pininfarina Battista and the Rimac C_Two: Elation’s offering is not only fast, and dazzlingly expensive; it is also all-electric, punching out as much as 1,903 horsepower from its four motors.

Members of the Elation Freedom development team have logged team working on Formula One, the 24 hours of Le Mans and other European programs, according to said Elation Hypercars co-found Carlos Satulovsky. “By dovetailing the worlds of high-performance motorsport with luxury, we have developed a purely emotional driving experience,” he said in a statement. “The goal of the Elation Freedom is to deliver just that.”

The appropriately named company, based in California’s Silicon Valley is following the guidelines of better-known hypercar companies, starting with Freedom’s hand-laid carbon fiber monocoque chassis. The start-up boasts it has 30% more torsional rigidity than the chassis of the Bugatti Chiron – yet it weighs a mere 180 pounds. 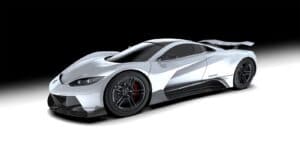 Two versions of the Elation Freedom will offer either 1,414 or 1,903 horsepower.

(Pininfarina celebrates its 90th birthday with the Battista Anniversario.)

Elation claims much of the Freedom’s mechanicals were “inspired” by Formula One, though the double-wishbone suspension isn’t quite as sophisticated, opting for a more conventional coilover damping system. One thing they clearly have in common is a heavy reliance on aerodynamics in the body design, the rear wing, for one thing, intended to provide significant downforce at triple-digit speeds.

The heart of the Freedom hypercar is its electric drive system. It allows significant customization, buyers able to choose between a package using three liquid-cooled electric motors producing 1,414 horsepower, or a four-motor system that bumps things up to an astounding “1,903 horsepower if desired,” Elation said in a statement.

To put things into perspective, even the three-motor system, when running flat out, produces over one megawatt of power. 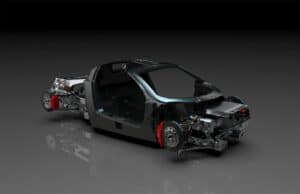 Energy to move can be drawn either from a T-shaped, 100-kilowatt lithium-ion battery pack, or from an upgrade pack whose 120 kWh capacity, Elation claims, can manage up to around 400 miles range. We’re assuming that is while driving at more moderate speeds.

One of the more unusual features of the Freedom is the use of a two-speed gearbox for the rear axle – and a single-speed transmission up front. The Porsche Taycan is one of the few performance EVs now on the market to go with anything other than a single-speed gearbox.

As big as all those numbers might seem, here’s an even bigger one: the Elation Freedom starts at $2 million – and that’s with the three-motor, 100 kWh drive system. The automaker isn’t yet saying what the upgrades will add.

Elation claims Freedom can hit 60 in 1.8 seconds and that it will top out at an astounding 260 mph. That would make it one of the world’s fastest street-legal vehicles, albeit falling short of the top end for conventionally powered hypercars like the Bugatti Chiron and the new land speed record-holding SSC Tuatara. 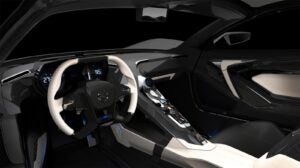 The closest comparison we can come up with in the electric world is the Pininfarina Battista Anniversario edition announced earlier this year. With its four electric motors spinning out 1,900 horsepower and 1,696 pound-feet of torque and also can hit 60 in 1.8 seconds. But the Battista’s top speed is a mere 217 mph.

Elation’s claim to being the first American-made hypercar could be up for some debate. Several months ago, regular readers will recall, TheDetroitBureau.com spotlighted the Hyperion XP-1, which also takes a non-traditional approach to power. It relies on a hydrogen fuel-cell system, rather than batteries.

Like the Elation Freedom, it’s still in final development, but whether it will reach market first could be irrelevant. The problem is that there are only a handful of places in the entire country where an owner could fill up with hydrogen. Freedom, on the other hand, can tap the growing network of high-speed chargers popping up across North America – or plug in on a home charging system.