Nikola Motors stock took another hit Friday after its CEO inadvertently suggested in an interview that a deal with General Motors may not come to pass.

The much-maligned EV maker’s stock slid 15%, closing the day at $19.54 after opening at $22.97. Investors expressed concerns with their cash after CEO Mark Russell told Bloomberg Thursday that the EV startup would carry on solo if it couldn’t come to terms on a deal with GM.

The two sides announced a $2 billion deal Sept. 8 calling for them to work together on hydrogen fuel-cell and battery-electric technology. The partnership would also have GM build Nikola’s new electric truck, the Badger, using the same platform it’s using for the coming GMC Hummer electric pickup while receiving 11% stake in the company.

(Nikola trying to salvage its reputation on Wall Street.)

The deal was expected to close by the end of September, although according to filings with the Security and Exchange Commission said the formal date for closing the deal is Dec. 3. However, a series of issues came up almost immediately after the partnership was announced, complicating the talks and pushing them pack the preliminary end date of Sept. 30.

Russell fanned the flames of doubt in the Thursday interview, revealing Nikola had a “base plan” if the deal with GM falls through. “If we have a partner,” he added, “that just enables us to consider going faster and helps reduce the risk.”

He added that the two sides are indeed talking, trying to find a way to resolve the fact that it appears that GM isn’t getting exactly what it expected in Nikola. Part of that is the benefit of building Nikola’s Badger pickup.

“The Badger is part of our discussions with GM. And we’ve been clear all along that we wouldn’t build a Badger without an OEM partner,” Russell said.

(GM takes foot off accelerator in talks with Nikola as controversy swirls.)

The Detroit automaker agreed to provide its hydrogen and battery technology to the startup — and also to build the Badger for Nikola using the same platform developed for its own battery pickup, the GMC Hummer. That would create a new market for GM technology and increase the capacity utilization at what is believed to be the Detroit-Hamtramck Assembly Plant. 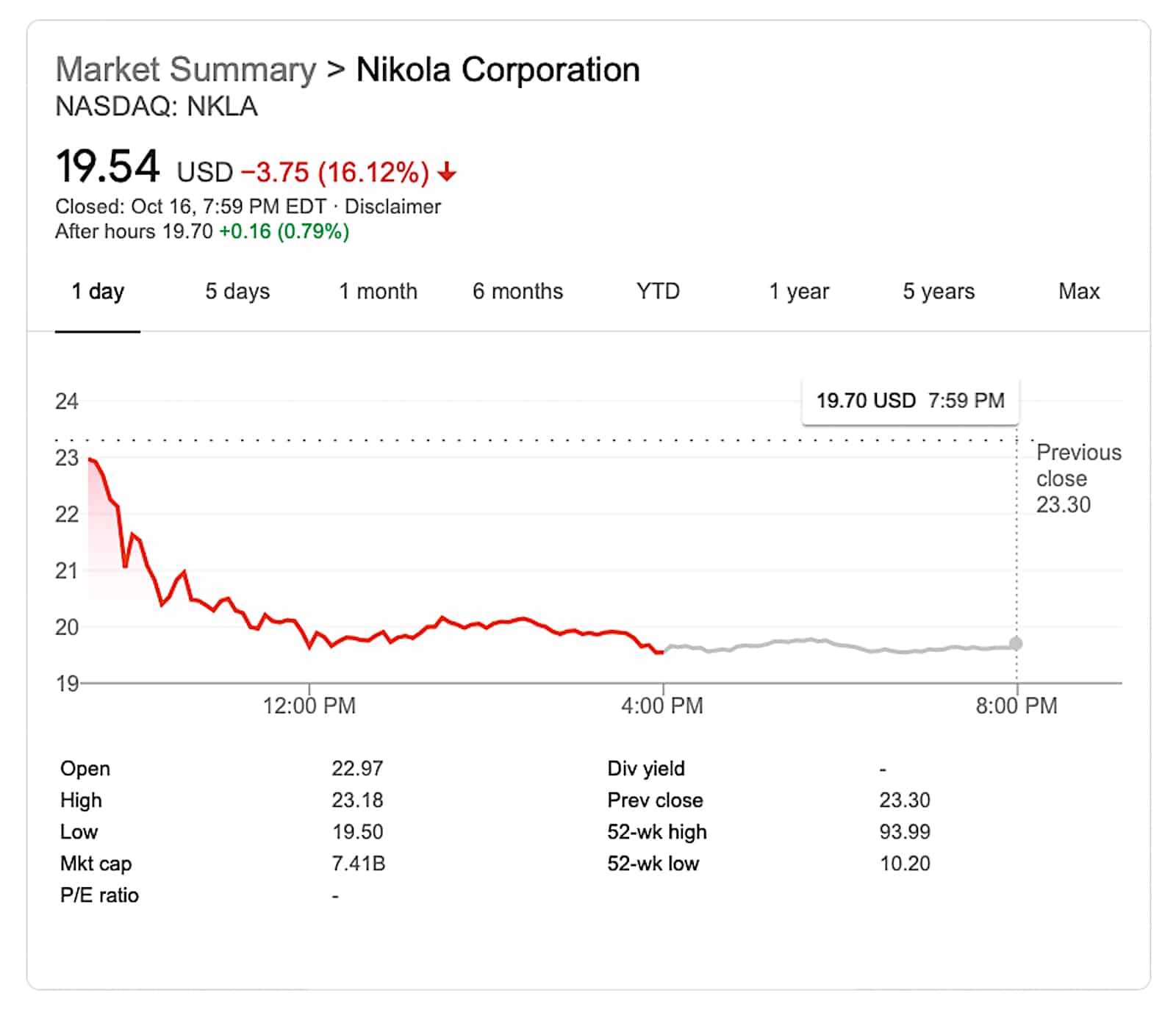 GM’s largely been quiet about the status of the deal, but insiders told TheDetroitBureau.com late last month that “there is no panic,” and that they still see a significant “upside potential.” One issue the two sides will need to resolve is the value of the ownership stake now. The Phoenix-based company’s stock price has fallen by more than half since it reached a high of $50.05 — the day it announced the deal with the Detroit-based automaker.

Analysts have suggested that problem can be resolved by growing the size of the stake, and reports have claim that’s one of the talking points in the ongoing negotiations between the two sides.

The stock price slide began after short seller Hindenburg Research released a study claiming Nikola was based on “intricate fraud built on dozen of lies” perpetrated by the company’s founder and chairman. That quickly triggered the SEC probe and led to the decision by Milton to resign Sept. 21.

Further complicating matters, two women now have filed sexual assault charges in Utah against Milton, both claiming they were 15 at the time of the assaults. One, a cousin named Aubrey Ferrin Smith, said the assault occurred in 1999 when Milton was 17.