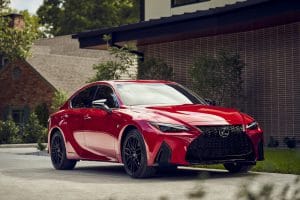 The 2021 Lexus IS 350 F Sport lives up to Akio Toyoda’s mandate for more passionate designs.

Few automotive marques are more polarizing than Lexus and, among those that are, few have made it work for them so successfully. To critics, Lexus is the brand for people who don’t really like to drive. And for many of its fans, that’s one of the things they like about it.

In recent years, though, Lexus has been working to change things up. Akio Toyoda, the CEO of parent Toyota Motor Corp., is fond of saying he wants to pump more passion into the brand. That, in itself, has triggered plenty of controversy over the aggressive styling recent Lexus models have adopted, symbolized by the brand’s broad spindle grille.

The new Lexus IS, however, has a different take on Akio’s aspirations and, with the debut of the fourth-generation sedan, nothing sums that up more succinctly than the 2021 Lexus IS 350 F Sport. Whether you’re looking at its 19-inch matte black wheels or listen to the satisfying growl of its 311 horsepower V-6, the 2021 F Sport is a car that amply rewards the type of people who do like to drive. 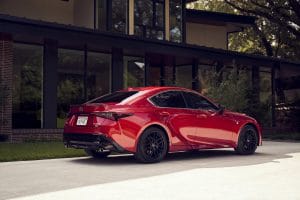 Lexus was out to show that dynamic capability and driving performance are now mandatory attributes.

Overview: In its earliest incarnations, the Lexus IS seemed almost intentionally boring. But then, in 2007, Lexus unveiled the original F Sport, transforming the sedan into a V-8-powered muscle car that gave a hint of where it could take things. Now, with the 2021 makeover, the automaker wants to show it can make “dynamic capability and driving performance … mandatory attributes” across the entire mix, from base IS to an F Sport with the new Dynamic Handling Package.

We’ll reserve judgement on the IS 300 trim for a future review but there’s no question we found the IS 350 F Sport equipped with the handling package capable of living up to that promise. And not just because of that beefy V-6. The “wow factor” has been enhanced by a lighter body, stiffer chassis and much improved ride-and-handling characteristics, all pulled together at the Toyota Technical Center in Shimoyama, Japan, which focuses on the automaker’s high-performance models.

Exterior: Visually, Lexus designers took inspiration from the automaker’s sweet LC sports coupe, starting with one of the biggest interpretations we’ve yet seen of that signature spindle grille. It’s framed by slit headlamps, with their LED signature lamps flashing forward like lightning bolts. The nose is clearly going to be one of the most polarizing features of the 2021 Lexus IS.

However, with far fewer harsh angles than the NX and UX sport-utility vehicles. The steeply raked windshield and fastback roofline, meanwhile, gives the IS a nice muscular feel and a solid stance, enhanced by the way the lines of the lower rocker panels flow up over the rear wheel wells.  The taillights pick up on the dart-like theme of the front running lamps. 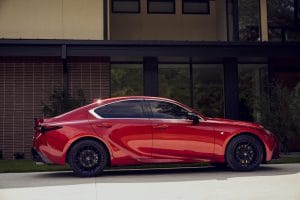 A steeply raked windshield and fastback roofline gives the IS a nice muscular feel and a solid stance.

Interior: The cabin picks up on the sportier exterior look, with a nice two-tone scheme and more choices of colors and materials. The instrument panel has a horizontal layout that gives the 2021 IS a wider feeling – even though the new platform is the same width as the one used for the outgoing model.

Two flying buttresses frame the center stack which is topped off by an 8-inch display for base models and on our F Sport a 10.3-inch touchscreen.  There’s a conventional shifter that doesn’t require one to learn a quirky pattern, something becoming increasingly common these days.

Among the options, the IS is offered with leather-trimmed seats with a 10-way power setting for the driver and eight-way for front passenger. The F Sport gets a unique, embossed graphic pattern and distinctive accent details, including ashwood ornamentation and aluminum pedals. Kudos for not only offering dual-zone climate controls, but also volume AND tuning knobs.

Powertrain: Where some automakers are simplifying their powertrain options, Lexus opted to go with three different powertrains for the 2021 sedan. The base, front-drive IS 300 runs with a reasonably peppy 241 horsepower turbo-four sending power to the front wheels. The IS 300 all-wheel drive bumps things up with a 260 hp 3.5-liter V-6 paired with a 6-speed automatic and paddle shifters. That was a bit of a surprise but Lexus officials insist the gearbox has little to no impact on performance and fuel economy but did help hold down vehicle cost. 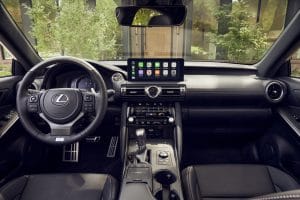 The cabin picks up on the sportier exterior look, with a nice two-tone scheme and more choices of colors and materials.

There had been some speculation about what engine Lexus might go with for the F Sport, that designation now limited to the IS 350. Rather than return to the original V-8, this generation’s F Sport is motivated by a carryover version of the 3.5-liter bumping output up to 311 hp and 280 pound-feet of torque. No, it’s not the monster the original IS F Sport proved to be, but acceleration is solid and linear and will provide plenty of thrills, especially in a version of the sedan equipped with all-wheel drive and the optional Dynamic Handling Package.

Safety & Technology: Along with the optional 10.3-inch touchscreen upgrade on versions of the IS equipped with navigation, there’s the audiophile-favored Mark Levinson sound system punching 1,800 watts of power through 17 individual speakers. Both base and upgrade systems handle Apple CarPlay and Android Auto.

The 2021 IS also gets the updated Lexus Safety System+ 2.5. It includes features such as Pre-Collision System (PCS), which include Frontal Collision Warning (FCW), Automatic Emergency Braking (AEB), Pedestrian Detection and Bicyclist Detection. There’s also Emergency Steering Assist, which is designed to assist steering within the vehicle’s lane as cued by the driver, explains Lexus, The update active cruise control system, meanwhile, can take the car down to zero and start up again in heavy traffic.

Driving Impressions: We were pleased when Lexus dropped off an all-wheel-drive version of the IS 350 F Sport equipped with the Dynamic Handling Package. To be blunt, the car is a bit of a poseur without that option which, among other things, adds dynamic dampers to the equation.

To get a feel for what the sedan could do, we headed out to our favorite driving route through the appropriatel 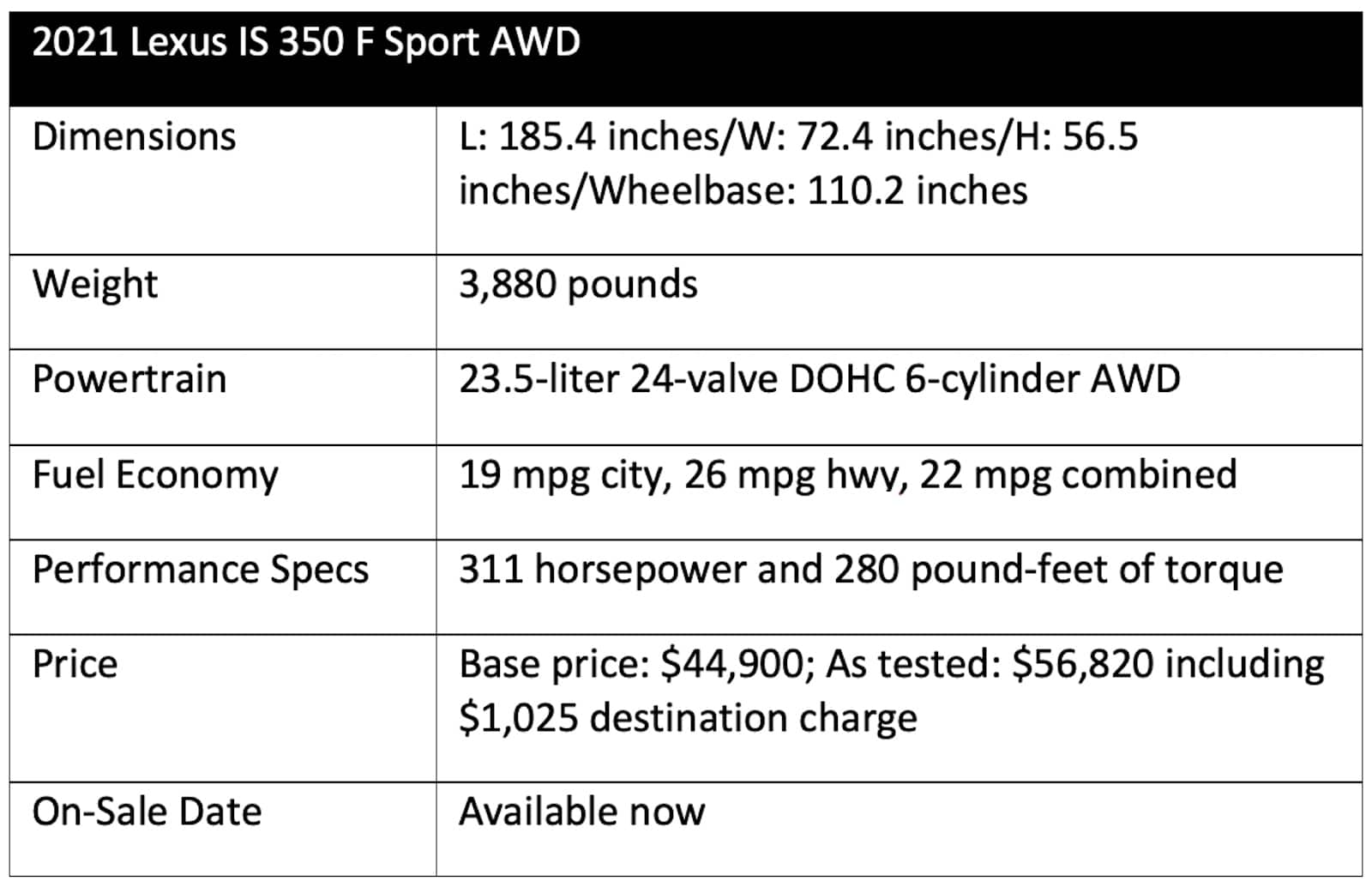 y named Hell, Michigan, flogging the F Sport around tight corners and across some road surfaces seriously in need of maintenance. For those who think of a Lexus sedan as something on the order of a ‘60s-era boulevard cruiser, our run would have come as quite a surprise.

To start with, the damping system proved adept at soaking up bumps while also holding us firmly down onto the pavement as we charged aggressively into tight turns. The F Sport’s steering provided good road feel and was predictable while delivering just the right sense of boost. Throttle response, as noted earlier, was linear and allowed us to use the gas pedal to nimbly manage turn-in. Braking was equally predictable and reliable.

(Lexus ready to rock with new IS sedan.)

Wrap Up: No, the F Sport isn’t what you’d call a BMW killer, especially if you have an M or M Sport in mind. But it’s a lot closer to that benchmark than the Japanese marque has come before. And the overall level of refinement, the detailed fit-and-finish, all add up to the sort of package that Lexus has long needed, especially at this level of the market.

Toyota’s luxury brand has had its challenges drawing in younger buyers throughout the years but the 2021 Lexus F 350 F Sport is the sort of product that could finally do the trick, bringing them in and then convincing them to stick around as they grow older and more affluent.

To pull things all together won’t be cheap. Our test model came in at $56,820 after adding in the handling package, triple beam LED headlamps and other options. The good news is that the base IS is significantly more affordable for those willing to pair back a bit on performance and handling. 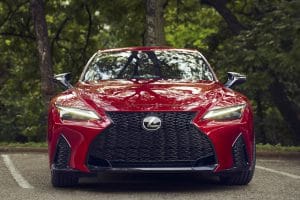 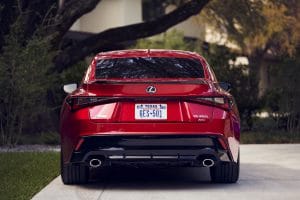 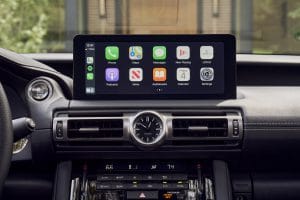