Delivers a nice driving experience, but it is pricey. 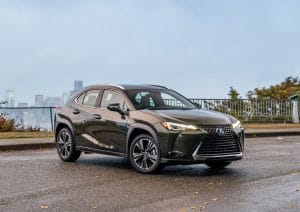 If you count hybrids, the shift to vehicles using electricity as a source of power is in full swing at Toyota Motor North America.

The Japanese automaker’s North American unit reported that more than 16% of the vehicles its sold last month were hybrids. The shift is driven, literally, by the growing popularity of a new models such as the hybrid version of the 2020 Lexus UX 250h, which I had a chance to drive recently for a week.

Overall: The Lexus UX has a dependable hybrid powerplant, and it is equipped with the latest in automotive technology including fresh designs on the inside and outside of the compact ute, which offers a first step into brand’s latest model line at a relatively affordable price. 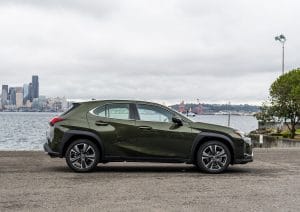 The new UX offers an angular look from the side.

Exterior: Vehicles such as the Lexus UX are basically designed from inside out. Often that puts them into a two-box exterior design that is hard to for designers to disguise or alter. Nonetheless, the Lexus designers have made a valiant effort to dress up the exterior of the UX and the finished product is impressive resulting in a vehicle with a lot of personality whether it’s sitting in at a curb or in a motion on the road.

The designers have given the UX a clean, rear liftgate, a sleek side profile while the sharp corners carrying the headlights frame the distinctive front fascia, which has become one of its most visible signature features. The LED headlights and taillights also make the UX easier to see in dark.

Interior: The interior of the 2020 Lexus UX is comfortable and relatively spacious for the vehicle’s overall compact size. It is nicely organized and well-appointed with comfort and convenience features that help bolster the brand’s luxury status.

“… The cabin isn’t lavish, but the materials are first class, adding to the overall ambience of vehicle’s interior …”

The controls are easy to reach, and the gauges are easy to read and well-lit with thanks to the cabin’s ambient lighting scheme. The cabin’s lighting also is easy on the driver during a night drive. Overall visibility from the driver’s seat is very good and the cabin is quiet for relatively small vehicle and helps reduce the stress of driving whether on a long drive or during a commute. 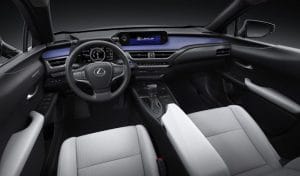 The interior of the 2020 Lexus UX is comfortable and relatively spacious.

Powertrain: The Lexus UX powertrain is built around the Lexus version of Toyota’s dependable hybrid system, which has proven very durable over the years.

It includes a 2.0-liter, four-cylinder engine and electric motor that combine to produce 181 horsepower and a continuously variable transmission and a start stop system that is designed to help the vehicle conserve fuel.

The UX hybrid is fuel efficient with a 39 miles per gallon combined rating. It gets 41 mpg in the city and 39 mpg on the highway. Lexus engineers maintain the vehicle will go from zero to 60 in 8.6 seconds. There also is an EV mode.

Safety and Technology: The Lexus UX is equipped with 10 airbags as Lexus Safety System+ 2.0, which includes bicyclist and pedestrian alerts to preventing lane drift as well as blind-spot alerts. The vehicle also is equipped with Bluetooth and a horizontal 10.3-inch multi-media screen that delivers both entertainment and the directions and maps for navigation. 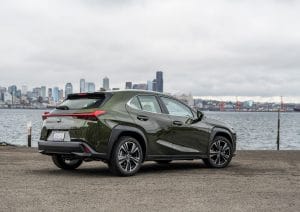 The UX hybrid is fuel efficient with a 39 miles per gallon combined rating.

It also equipped with Apple CarPlay or Android Auto as well as park assistance, rear cross-traffic alert and a heated steering wheel.

The model I drove also was equipped with a head-up display, which is useful in helping the driver keep their eyes on the road and the now mandatory backup camera. The UX also is equipped with four-USB ports for other media and an eight-speaker sound system.

Driving Impressions: Driving the UX was a surprisingly easy. The vehicle’s hybrid system has been given its own distinctive character by Lexus engineers and I found it to be quieter and smoother than the system found in the Toyota Prius.

The system also seemed quicker and more responsive from a standing start or when pulling out to pass on the freeway or open road.

The vehicle is quite maneuverable, making it easy to get into or out of a parking space or in tight quarters in the suburbs or city. I’ve always thought the regenerative braking system on hybrids – and now electric vehicles – add to the vehicle’s overall stopping power but the system on the UX seemed especially smooth. Meanwhile, the strong suspension underneath the vehicle helps deliver a smooth, comfortable ride even over different road surfaces. 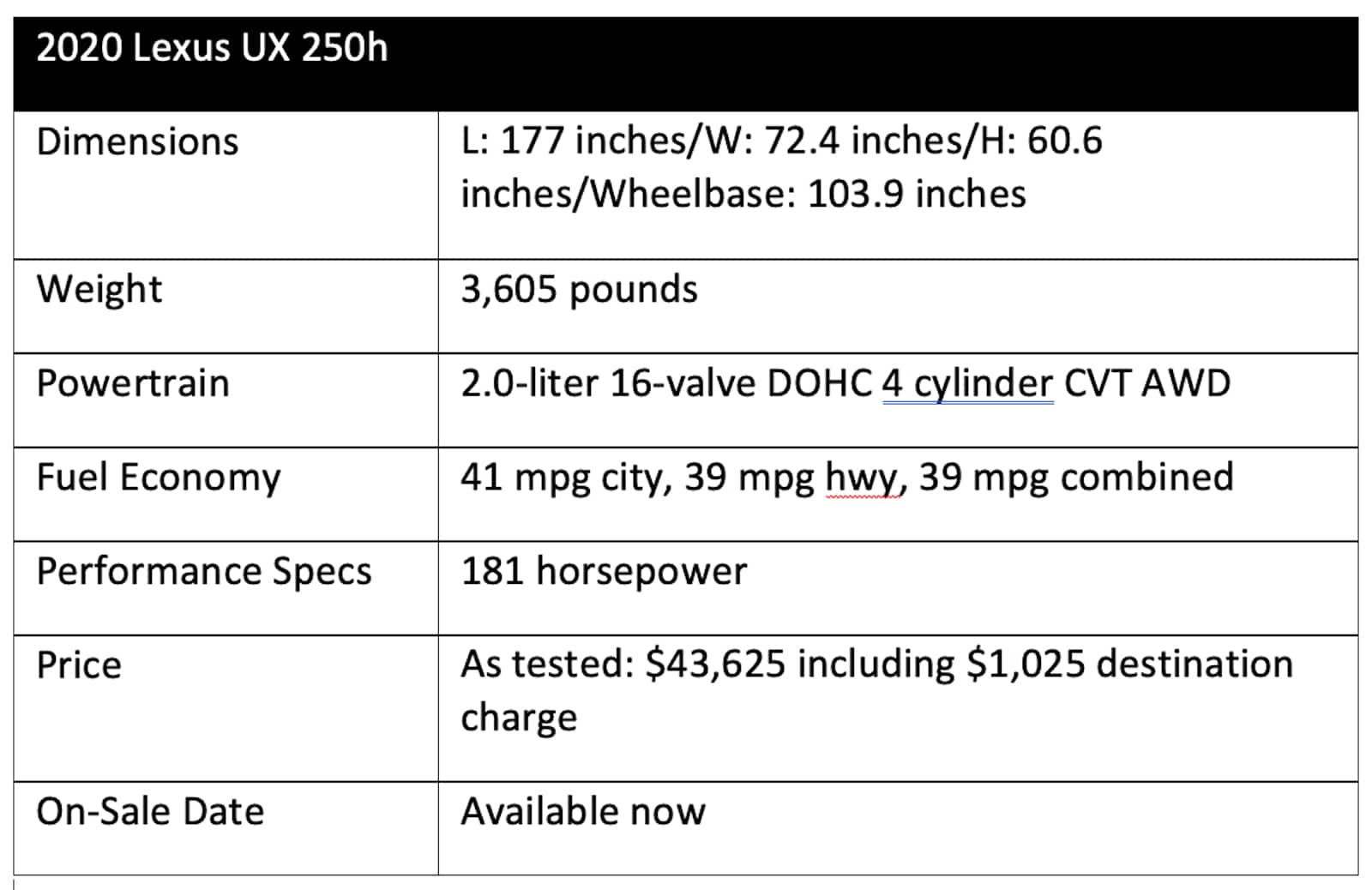 Wrap Up: The 2020 Lexus UX is a smooth, civilized vehicle that delivers a very nice driving experience. But it is rather pricey.

The model I drove carried a manufacturer suggested retail price of $43,625, including the $1,025 destination charge.

As a Lexus, it isn’t exactly classified as a mid-range vehicle such as a comparable Ford or Kia. It is instead classified a near-luxury vehicle with a lot of attributes that satisfy the everyday needs of a regular commuter and suburban driver while delivering a bit of status to motorist looking for a bit more. 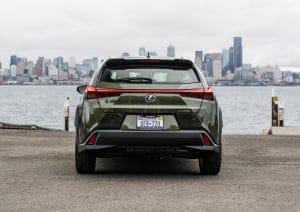 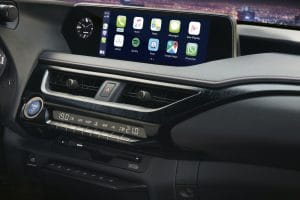 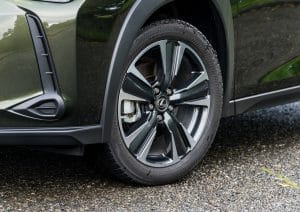