An outsider is challenging the United Auto Workers entrenched leadership for a spot on the executive board of the scandal-ridden union.

David Green, a veteran union official from Lordstown, Ohio, is seeking to become director of UAW Region 2-B, which represents UAW members from Indiana and Ohio on the board as well as handling he union’s day-to-day operations across critical region, which includes plants from General Motors, Ford and Fiat Chrysler as well an array of other companies including Navistar and General Dynamics.

Green led an unsuccessful fight against GM to retain the Lordstown assembly plant. But the pressure from UAW Local 1112 ultimately forced GM to create a new investment in the form of a new battery plant in Lordstown. Green, who hired in at GM in 1989, is now employed as a hot metal driver at the GM casting plant in Bedford, Indiana.

Green appealed for support in a recent note to union members, saying he wanted director’s job to give union members “an opportunity for change. An option to elect someone not hand-picked” by the administrative caucus, which is mired in scandal that has led to criminal charges being levied against former recent UAW presidents Gary Jones and Dennis Williams, who is expected to plead guilty to charges later this month.

The administrative caucus — which has proffered some of the union executives who have been charged and convicted in the ongoing investigation into union leaders, such as former UAW vice presidents Norwood Jewell and Joe Ashton — has maintained tight control over the union’s to offices for more than 70 years.

Rory Gamble, the UAW’s current president, has vowed to clean up the union. However, Gamble’s most recent move may suggest he has little inclination to dismantle the badly tainted administration caucus, supporting Wayne Blanchard, the acting assistant director and caucus loyalist, who replaced Richard Rankin in March. Rankin resigned after being accused of sexual harassment.

During the winter, the administrative caucus merged UAW Region 5, which had been engulfed in the unfolding scandal, with another region rather than see the directorship and its office near St. Louis. Missouri, fall into the hands of an outsider not beholden to the caucus.

In his letter to union members Green said, “The reason for this letter is to ask for your support and vote for the remaining term of UAW Region 2-B Director. You are the only road to change and only you can make this happen.”

Much of his letter said he is the best chance for rank-and-file members to break the stranglehold the administrative caucus has on the union, and to prevent another scandal like the organization is currently enduring.

“I have learned that we cannot sit on the sidelines when we feel like change is needed, we have an obligation to try and create that change. This is where you come in.

“Only you have the power to vote outside of the caucus. I have been at Constitutional Conventions including the last one, when I was asked and accepted a position on the Administrative Caucus. I fully understand the process and recognize the difficulty of anyone not chosen by the caucus, of having the ability to win. I also recognize that those chosen have an obligation to those who put them there.” He notes with their votes, he won’t be beholden to the caucus.

The scandal, which has damaged the union’s reputation, undercut its organizing efforts and led to criminal charges being filed against a dozen of the union’s top officers and senior staff members, also has left the union facing the possibility of supervision by the U.S. Department of Justice, which has led the investigations into Jones, Williams and former UAW vice president General Holiefield, who died before he could be prosecuted. 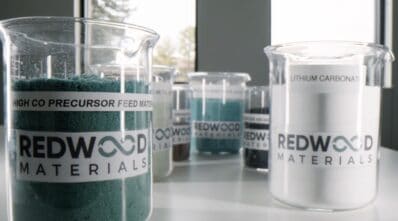 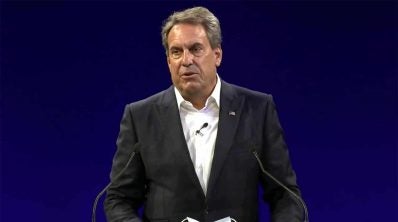