Ram, Alfa, BMW also stand out in measure of the market’s “most satisfying vehicles.” 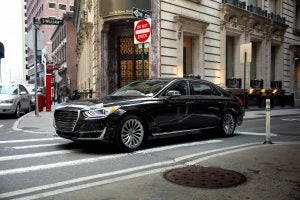 Once relegated to the back of the pack in quality, reliability and customer satisfaction studies, Korean carmakers have surged to the top of the charts in recent years – and the 2020 Vehicle Satisfaction Awards are just the latest example.

Genesis, the Korean luxury brand launched mid-decade, had the “most satisfying passenger car” in the annual study by California-based consultancy AutoPacific, the G90 sedan. The two Korean mainstream brands, Hyundai and Kia, tied for the most wins in individual vehicle segments.

The three brands didn’t completely lock out the competition, however. BMW’s X6 SUV was rated by owners the “most satisfying vehicle overall,” as well as the “Top Scoring Truck.” Lincoln ranked tops among premium brands, meanwhile, Ram was the top-ranked “popular brand.”

The annual Vehicle Satisfaction Awards, or VSAs, are meant to provide “unbiased insight into which vehicles are providing their owners with the most satisfying experience,” said George Peterson, AutoPacific founder and president. 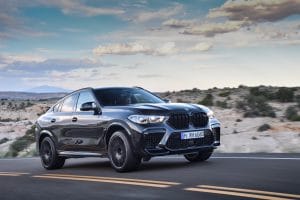 The 2020 BMW X6 is making its owners very happy, as evidenced by earning AutoPacific’s “Most satisfying vehicle” overall title.

Scores for 2020, he noted, were based solely on the input of 73,000 new car and light-truck owners. The study differs from traditional quality and reliability reports in that it measures how pleased owners are with their vehicles by focusing on 40 different vehicle attributes, ranging from seating to driving performance.

In some cases, that means vehicles that have fared relatively poorly in terms of both initial quality and long-term reliability still can score well by providing the sort of styling, performance and other features that drivers appreciate.

In recent years, the VSA has revealed some significant shifts in the U.S. market, including the growing appeal of SUVs, crossovers and pickups – underscored by the strong performance of the BMW X6, as well as the Ram brand.

Another marked trend has been the rise of the three Korean brands, which for decades lagged the industry, largely appealing to budget-minded buyers with their fire-sale pricing. But while Genesis may still offer a good value when compared with competitors like BMW, Mercedes-Benz and Lexus, it has put an increasing focus on offering appealing design, performance and high-line features.

The automaker slipped from its position as the number one premium brand two years ago but still scored big with the G90, ranked the most appealing of the scores of passenger cars covered by the 2020 VSA. 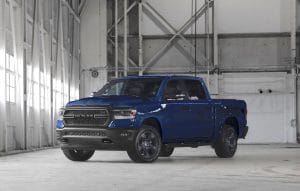 Ram continues its run up the ranks of quality and owner satisfaction lists.

Among mainstream brands, Hyundai and Kia also dominated the competition, each capturing three individual segment wins. That included a tie by the Hyundai Palisade and Kia Telluride in the “Large Crossover” category.

On a manufacturer level, Fiat Chrysler Automobiles was the real standout, with six awards covering not only its U.S.-based Chrysler, Dodge and Ram brands but two for its Italian-based Alfa Romeo. Its Giulia sedan won in the “Standard Luxury Car” category, while the Stelvio was the top-ranked “Standard Luxury XSUV” in this year’s VSA.

That’s good news for a brand that has struggled to win over buyers.

“Entering the US market alone has its challenges, but Alfa Romeo has the added challenge of taking on established luxury brands, which it has done exceptionally well through performance and styling.  Updates to the Alfas’ infotainment system for 2020 was especially instrumental in their wins.” said Peterson.

FCA brands have long been laggards in both vehicle satisfaction and quality measurements alike. But they have been gaining momentum over the last few years. The Dodge brand, notably, came in tops overall in this year’s J.D. Power Initial Quality Study, besting such traditional leaders as Lexus, Porsche and Toyota.