GMC Hummer to Offer “Crab Mode” – Here’s What Else We Know Ahead of Oct. 20 Reveal

Is this really the “world’s first all-electric super truck”? 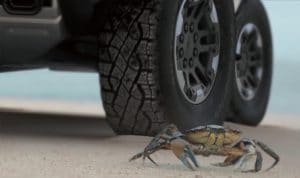 The new GMC Hummer pickup will be offered with optional “Crab Mode” using its 4-wheel-steer system.

There were plenty of questions going around when, earlier this month, GMC revealed an image teasing the new Hummer SUV with a crab in the logo. Now, we know it previewed the fact that the all-electric pickup will offer a feature called “Crab Mode.”

Essentially, by using the GMC Hummer’s front and rear electric motors and its four-wheel steer system, the truck – and an SUV version to follow – will be able to move diagonally, almost like a real crab. What GMC describes as an “industry leading” feature is “tailor-made” for those who like to go off-roading and who might find themselves able to crab out of a tight situation crossing sand or other tough conditions.

“The more we get in touch with it, the more impressed with it we are,” GMC brand boss Duncan Aldred told USA Today in a preview of the Hummer, which the marque is referring to as “the world’s first all-electric super truck.” 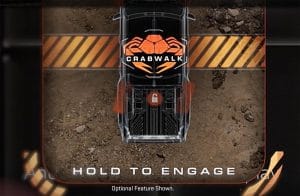 Hummer drivers can initiate crabwalk mode at the press of a button.

From some perspectives, that description could fit. TheDetroitBureau.com was offered a sneak peek at the GMC Hummer last March and learned several critical details. We’ve since picked up more about the pickup:

Teaser images – along with the prototype shown last March – suggest the primary layout will be a four-door Crew Cab with a short bed. Whether other body styles will be offered is unclear. We do know that there will be two Hummers, the initial pickup and an SUV to follow soon afterwards. 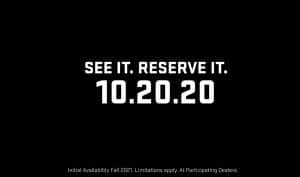 In case you might be wondering when the Hummer will debut.

The underlying architecture also will be shared with a Chevrolet-branded electric pickup now under development. But the GMC Hummer will be first to market, with its official debut scheduled for Oct. 20. The automaker plans to begin accepting advance reservations the same day. Deliveries won’t begin until next year, however.

Since the question continues to be asked: the pickup will be GMC branded. There is no intention of relaunching the Hummer marque that General Motors abandoned after emerging from bankruptcy a decade ago. That’s good news as there are lots of GMC dealers dotting the country, about 1,700 in total, so potential buyers won’t have to worry about traveling long distances to check one out – or to get service.

That could prove to be a plus for GMC as it will soon be facing plenty of competition. At least nine different all-electric pickups appear to be in the works, including both the GMC Hummer and unnamed Chevy model. Ford has a battery-powered version of the F-150 that will follow Hummer to market. Other established automakers, notably including Ram – and possibly Nissan and Toyota and even Volkswagen – may also enter the fray. 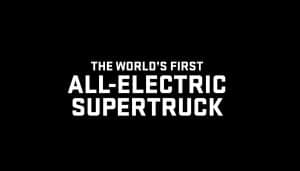 GMC isn’t shy about how it feels about the soon-to-arrive Hummer EV.

There is, of course, the new Tesla Cybertruck coming around the same time as Hummer. Other EV startups also see opportunities in the pickup segment, a list including Lordstown Motors, Bollinger and Rivian. The latter marque, incidentally, has talked about a variation of crab mode that would allow its own pickup to spin nearly on a dime by having front and rear motors turn in different directions.

Then there’s Nikola Motors, the Phoenix-based startup that GM formed a partnership with earlier this month. It plans to offer two versions of its Badger pickup, one running all-electric, the other using a hybrid pairing of batteries and hydrogen fuel-cell technology.

The question, of course, is whether there will be enough demand for all the all-electric trucks that are soon to come to market. The pickup segment is huge – the Ford F-Series is America’s best-selling vehicle year after year – but it’s too soon to tell if buyers will opt to go electric.

(GM’s electric Hummer breaks cover ahead of Super Bowl — and it’s a brute.)

For its part, GM certainly has to hope Hummer will charge up buyers. The automakers is investing billions to develop new products and the plants to build them. GM has not yet confirmed where Hummer will be assembled but that is widely expected to happen at the big Detroit-Hamtramck Assembly Plant currently in the midst of a $2.2 billion makeover to handle future EVs.