ChargePoint Latest EV Company to Go Public in $2.4B Deal 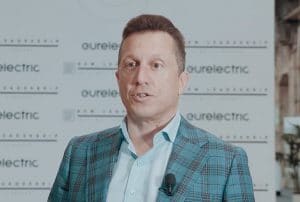 ChargePoint CEO Pasquale Romano earlier noted investor confidence in the EV segment is high — and is proving it in a $2.4 billion move to go public.

The frenzy of electric vehicle companies going public has expanded to include related enterprises, namely ChargePoint Inc., which is going public in a $2.4 billion deal.

ChargePoint, which operates a massive electric vehicle charging network, said Thursday it will follow the popular model in the space, merging with a special purpose acquisition company, or SPAC, in this case Switchback Energy Acquisition Corp.

Officials expect to close the deal by the end of the year and the company will be named ChargePoint Holdings Inc. While an end date is clear, a trading symbol for the new company on the New York Stock Exchange is not and no choice has been made.

“For 13 years we have been singularly focused on our vision to move all people and goods on electricity, and that has never been more relevant than it is today,” said Pasquale Romano, president and CEO, ChargePoint. “We’ve pioneered networked charging and are resolute in our aim to usher in the transition to mass EV adoption by electrifying one parking spot at a time. 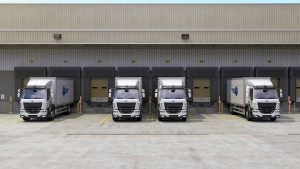 “Today, we are a charging market leader thanks to a winning business model, a complete portfolio and thousands of brands that have realized that EV charging is essential, good for business and aligned with their corporate and sustainability goals. Our technology charges all EVs – from passenger vehicles to delivery fleets – so there is no need to choose winners in electric mobility. We see ourselves as an index for the entire category.”

The deal is similar to efforts by EV makers like Lordstown Motors, Fisker Automotive, Canoo and now-troubled Nikola. The structure is designed to get a deal done quickly while helping to raise significant cash in the process.

“The EV charging industry is accelerating and it is expected that charging infrastructure investment will be $190 billion by 2030,” Switchback Chief Executive Scott McNeill said. “We believe (ChargePoint) will continue to grow its strong market position as the EV industry evolves.”

The deal will raise about $493 million in proceeds that ChargePoint will use to expand in North America and Europe. It includes $225 million from Baillie Gifford, Neuberger Berman Alternatives Advisors and other institutional investors. Baillie Gifford is one of the largest shareholders in EV segment leader Tesla Inc., according to Reuters. 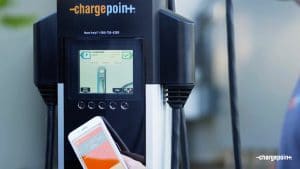 ChargePoint has more than 115,000 charging points in its global network.

“Being ready to be public means that you’re investing in scaling the platforms you already have because this addressable market is very, very large,” Romano, who will continue to lead the company after the deal closes, told Reuters.

ChargePoint has been raising money in an effort in recent months, including a $127 million infusion last month. That latest round of funding is designed to help expand the California-based company’s global commercial and fleet businesses, particularly in Europe.

That funding came from existing investors in the company. ChargePoint investors include automakers Daimler AG and BMW, and the trading affiliate of Japan’s Toyota Motor Corp.

ChargePoint says its global network currently has 115,000 charging ports, most of them in the United States, and it aims to build that to 2.5 million by 2025. In comparison, Tesla said it has nearly 2,000 supercharger stations with about 17,500 chargers worldwide.