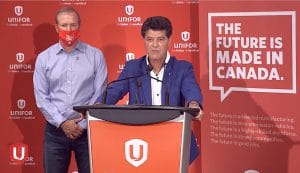 The union’s three bargaining committees will decide if a strike is necessary as the negotiations move forward. The deadline for settlement at one of the companies, which, as in bargaining in the United States, will set the pattern, is Sept. 21.

Traditionally, Unifor, the successor to the Canadian Auto Workers, follows a “no-extension” policy during bargaining. 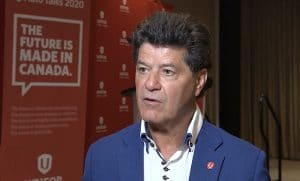 Dias said the strike target will be revealed during the Labor Day holiday.

“Our members voted overwhelmingly to support their bargaining committees and our bargaining priorities, including; job security, product commitments and economic gains for all members” said Unifor National President Jerry Dias.

“We will continue to push our agenda at the bargaining table, but remind government that they have an active role to play in securing our auto industry’s future. A future made in Canada,” Dias said.

Workers at General Motors voted 95.3% in favor, those at Ford voted 96.4% in favor and at FCA, voted 98.4% in favor of strike action in votes that took place over the weekend.

On or around Labor Day, Unifor plans to announce the company designated as the strike target, and will continue negotiations with that company until reaching a settlement and no later than the strike deadline on Sept. 21 at 11:59 p.m. 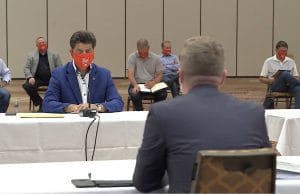 Dias begins the current set of negations with Ford, GM and Fiat Chrysler.

The union opened formal contract talks with the Detroit Three in Toronto on Aug. 12. Unifor’s theme for these talks is The Future is Made in Canada. The union will be looking to secure new products for the various plants, such as a replace for the Ford Edge, which is slated to be phased out in 2023.

Dias told CBC one of the companies is already standing out for him, but he wouldn’t specify which one. He said the union will make a decision on the target by Sept. 8 and hope that a settlement can be reached no later than the strike deadline Sept. 21.

(GM, Ford shutting down the “Arsenal of Health.”)

“It really is about the company that’s prepared and understands what our economic needs are … [and] understands strategically that it’s in their best interest to have a footprint here in Canada for the short and long term,” Dias said.