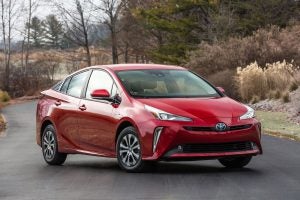 The Prius has been around for a long time, going back to the end of the last century when its introduction forever changed the way consumers and manufacturers look at powertrains by using batteries and electric motors.

This little hybrid began the slow but inexorable shift away from gasoline-driven automobiles that has spurred the development and production of vehicles like the Nissan Leaf, Chevrolet Bolt and, of course, Tesla’s entire line-up.

Overall: For anyone still interested in fuel economy, the 2020 Toyota Prius XLE is still a champ with combined 50 mpg rating from the Environmental Protection Agency. However, once considered pricey, the Toyota Prius now carries a relatively modest sticker price by today’s standards.

(Toyota marks 20th anniversary of “The Car That Changed an Industry” with special edition Prius.) 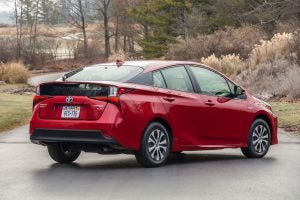 The new Prius still features one of the most recognizable exterior shapes in the market.

In fact, it is well below the average of vehicles sold in the United States of $31,755. It’s also proven to be durable and appears to have captured – or at least earned permanent place – the hearts of American motorists, which belies all the millions of words of snark and criticism sent its way throughout the years.

Its zero to 60 time remains mired, we would guess, in the double-digit range. But it is versatile and still really is one of the greenest of green vehicles on the road after all these years, getting better than 56 miles per gallon in the city.

Exterior: The five-door hatchback shape of the Prius makes it easily one of the most recognizable vehicles on the road. Even people who couldn’t care less about automobile design can recognize a Prius almost instantly.

“…Say what you will about its exterior shape, it is one of the few designs of the past two decades to have carved out a distinctive niche in automotive lore…”

That said, the face of 2020 Toyota Prius has been altered to give the car a more contemporary look. There also LED lights and the wheel have been dressed up, providing the car with more curb appeal. 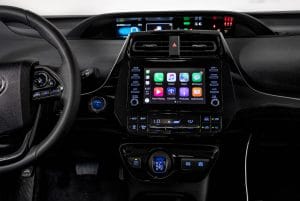 The Prius comes complete with plenty of technology, including Apple CarPlay integrated into the infotainment system.

Interior: At its heart, the Prius is a compact car. But the interior also is comfortable, and the controls and the center stack is within easy reach of the driver’s seat. The materials used throughout the cabin of this version of the Prius has been upgraded from past when the interior had the distinct aura of cost cutting that worked against the vehicle’s technical virtues.

The seats are supportive with the rear seats being quite usable. The car’s interior is quite versatile with fold-down seats that increase the car’s capacity for carrying cargo or extra luggage and the area under the hatch can even accommodate a set of golf clubs. The visibility from the driver’s seat is excellent. However, the security shade that covers the cargo area tends to interfere visibility.

Powertrain: Toyota has been tinkering with the hybrid drive system that utilizes nickel-metal hydride batteries, electric motors and a 1.8-liter double overhead cam four-cylinder engine. In the 2020 Prius XLE, the basic front-wheel-drive layout has been augmented by an electronic all-wheel-drive system. 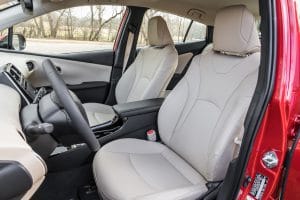 The Prius offers plenty of room for five passengers.

Overall the system produces 121 horsepower and 105 pound-feet of torque. The 2020 Prius can operate solely on electric power in slow traffic for short distances. However, once the speed picks up, Synergy drive, unique to Toyota, is designed to connect the gasoline engine, electric motor and generator into one operating unit.

Safety and Technology: The 2020 Toyota Prius XLE that we drove was loaded with technology and safety features For 2020, the Prius offers Bluetooth a new Toyota Audio 7-inch Touch-Screen Display on L Eco, LE and XLE, new Apple CarPlay and Amazon Alexa Compatibility standard on all model grades and newly standard Safety Connect on all grades.

The rear passenger seats also have been equipped with USB ports. The safety equipment on the XLE includes driver assistance features such as lane-keeping and blind-spot monitoring and pedestrian alert. The XLE version I drove also came with a head-up display and automatic headlines that turn on dark roads and off when there is oncoming traffic. 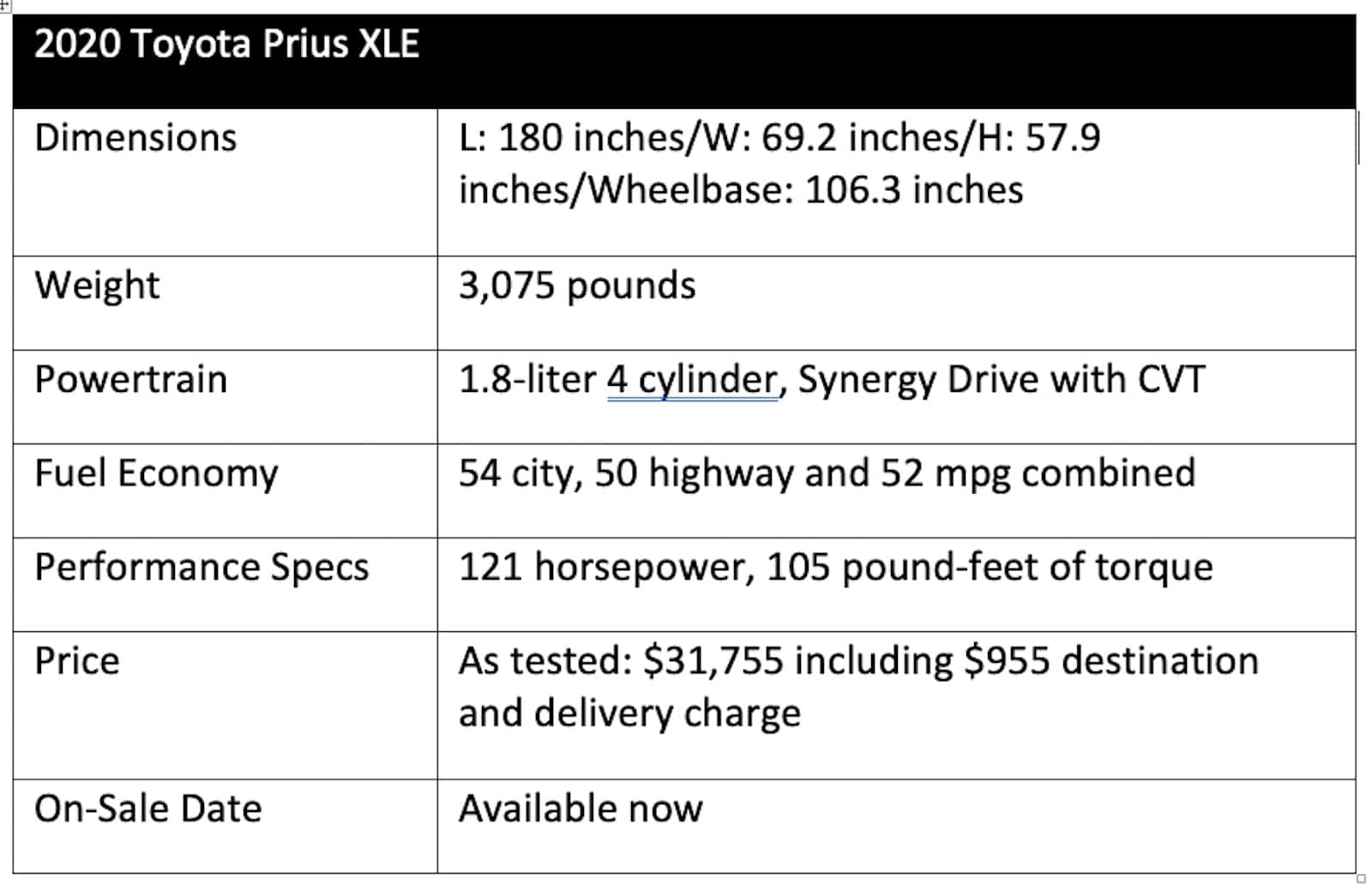 Driving Impressions: Throughout the years, Prius has come under fire due to complaints about its sluggish performance. We found the 2020 Toyota Prius XLE is still rather sluggish in certain situations on the highway.

The powertrain performed well. There is plenty of torque, coming off a standing start and the regenerative brakes add stopping power and the shifts are seem virtually invisible because they were so seamless. The steering wasn’t as crisp as in conventional sedan but the Prius delivered a smooth, steady ride and handled curves and varied pavement conditions easily.

Wrap Up: The Prius has been a mainstay of the Toyota line-up for years and while it may not be th most fashionable passenger car on the road today – and let’s face it, the automotive industry is nothing if not acutely fashion conscious – it has proven itself to be a versatile and reliable vehicle for urban and suburban driving.

The drop in fuel prices has diminished some of its appeal, but it is still one of the most efficient vehicles on the road today. As it prices come come into line with other sedans and crossovers available on dealer lots these days, it does offer the added benefit of being more environmentally friendly than other vehicle choices. The fact that the vehicle introduced years ago and hasn’t been scrapped underscores its durable character. 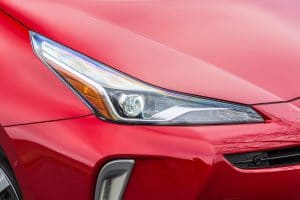 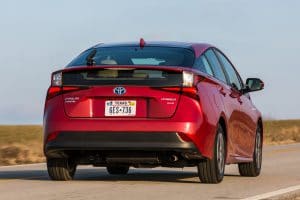