Mini Planning to Close Up Its Convertible in 2024

Reports suggest there may be another option. 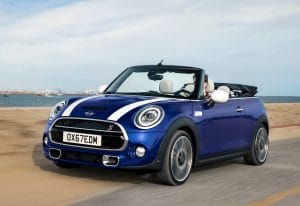 For 2021, Mini convertibles start at just under $28,000. The brand  is reportedly cutting production after the 2024 model year.

Mini will join a growing list of manufacturers abandoning the shrinking convertible market, according to industry sources.

Passenger cars, in general, are rapidly losing traction in a market dominated by pickups and utility vehicles, but convertibles have posted some of the sharpest declines over the last several years, leading more and more manufacturers to abandon the segment.

According to a report by Automotive News, Mini will end the convertible’s run in February 2024, the trade publication citing “supply chain sources.” 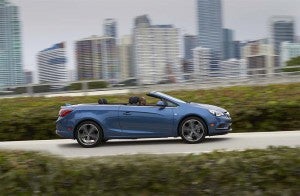 Buick is also trimming its sole convertible, the Cascada, from its line-up as it adds more utility vehicles.

A Mini official declined to discuss future product plans, but the numbers clearly don’t look good considering U.S. sales of the Mini Convertible fell 25% last year, to just 4,031. The automaker this year switched from monthly to quarterly reporting of sales numbers and has not yet released a breakout on the ragtop model alone, but it is believed to have suffered another sharp decline – if for no other reason than the coronavirus pandemic. Mini’s overall sales fell 39.5% during the second quarter of 2020.

The Mini Convertible has done slightly better in other markets, but it is still down 14% from 2016, buyers worldwide pushing just 30,426 of the ragtops last year.

Convertibles once accounted for a major portion of the U.S. market, but demand has slipped to barely 1% of overall sales in recent years. The ongoing decline in demand reflects both a shift in consumer tastes but also the declining availability of new product.

Buick dropped the Cascada model at the end of the 2019 model year, and Mercedes-Benz is set to roll the hardtop back on its SLC for the last time in the coming months. Fiat walked away from the 124 Spider and Nissan killed off the open-top roadster version of its 370Z last year. 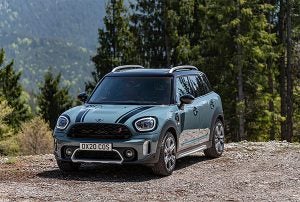 Mini’s four-door Countryman is the brand’s best-selling model these days.

Several automakers have tried to find new ways to keep buyers interested in ragtops. Nissan tried rolling out a ragtop version of its Murano SUV, Land Rover attempting a similar move with a convertible version of the Range Rover Evoque. Both have been dropped due to slow sales.

That said, there are still some compelling convertible options available, especially among sports cars and exotic imports ranging from the time-tested Mazda MX-5 Miata to the Porsche 718 Boxster to the Ferrari 488 Pista Spider.

Lexus just added a droptop version of its LC touring model. Chevrolet launched its new C8 Corvette in coupe form but quickly announced it would bring out a convertible version as well.

Among more mainstream product segments, however, the pickings have grown increasingly slim. For buyers on a budget there are the Chevy Camaro and Ford Mustang muscle cars. But most of the remaining products target luxury buyers, models including the Audi A5, BMW 2-Series and the recently redesigned Mercedes-Benz E-Class. 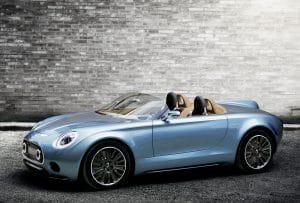 Could this be the next Mini convertible? The company showed off the Superleggera Vision concept in 2014.

As for Mini, the British marque introduced the U.S. version of its Convertible model in 2005 and had high hopes, backed by a sales campaign that encouraged buyers to drive as much as possible with the top down. It even came with a clock that kept count of the hours the ragtop ran al fresco. The latest model was introduced in 2015 and, like the rest of the Mini line-up, featured a number of changes, starting with a significantly redesigned instrument panel.

But demand for the brand has been sliding in recent years, the numbers clearly impacted by declining interest, in general, in small cars. The Countryman, the first Mini to offer all-wheel-drive, and its first crossover-utility vehicle, now dominates sales. Mini is planning to add at least two more CUV models, according to various reports, hoping to fit into current market trends.

That said, there is a possibility that Mini could yet bring back a ragtop, suggested Autoblog. The company showed one possibility in the form of the 2014 Superleggera Vision concept. But it appears the brand may be looking at an alternative option, possibly a roadster that would go all-electric. The automaker recently introduced the all-electric Cooper SE and, like parent BMW, is planning to add more battery models in the years ahead.