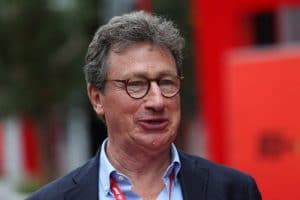 Ferrari officials offered an optimistic look ahead despite a difficult second quarter when its net income fell 95% and deliveries fell by nearly half.

The Italian sports car maker said that despite the tough quarter, induced by the global COVID-19 pandemic, the company expects an improved third quarter as the company’s order book saw a double-digit increase compared with year-ago results.

“Demands remains vibrant and our order book is up significantly,” Chief Executive Louis Camilleri told analysts, according to Reuters.

(Ferrari pushes back arrival of full-electric vehicle until 2025.) 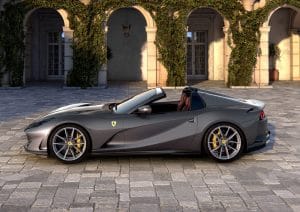 Ferrari is beginning to deliver its new 812 GTS in the wake of a tough second quarter.

Like most automakers around the world, the company was forced to shut down its operations for a few months, which led to a 60% drop in adjusted EBITDA to 124 million euros, or $145 million. This was in line with analyst expectations of 120 million euros, according to Reuters.

During the second quarter, Ferrari shipped 1,389 units, which was down 1,282 units or 48% versus prior year. Sales of 8-cylinder models were down 49.4% while the 12-cylinder vehicles decreased 42.9%. The first few deliveries of the F8 Spider and the 812 GTS commenced in the quarter, while the 488 Pista family approaches the end of its lifecycle.

The company laid out some of its plans and expectations for the rest of the year, including that it believes it can tweak its production schedule “resulting in a recovery of some 500 cars partially offsetting the loss of approximately 2,000 units incurred during the plant shutdown.” 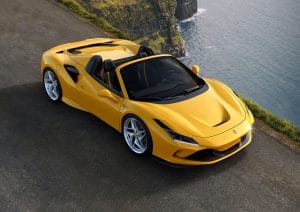 The new F8 Spider is also rolling off the assembly line and to customers now too.

There will be delays in the full production ramp up of the SF90 Stradale, implying a softer mix for the brand. The company also reconfirmed its capital expenditures for 2020 should come in at approximately 750 million euros.

(Ferrari plugs in, charges out with its first-ever plug-in, the SF90 Stradale.)

Ferrari is also pushing ahead with its strategy of new model roll-out to support growth and profitability, confirming that two new supercars would be unveiled by the end of this year, Camilleri noting that next year the brand will have “some exciting models that will be presented.”