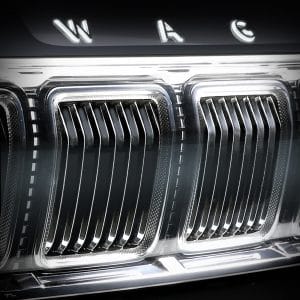 Jeep’s slow tease of the long-awaited Wagoneer and Grand Wagoneer continued on Twitter.

The social media folks at Jeep are keeping themselves business, dropping two more photos of the soon-to-come Wagoneer and Grand Wagoneer. However, there are rumors that we’ll all get a look at the full vehicle sometime in the next few weeks.

The latest pics show a partial shot of the grille of the new SUV with part of the word Wagoneer showing. It’s tough to tell if it’s just a Wagoneer or Grand Wagoneer, but upon closer inspection, there’s a curve in the sheet metal next to the W in Wagoneer — perhaps where the hood bends up a bit in the middle? If the word “Wagoneer” starts on the right half of the hood, then it doesn’t take much to extrapolate the word “Grand” occupies the left half.

The vehicle in the picture is black and the chrome grille and lettering stands out almost like diamonds on black velvet in the picture. 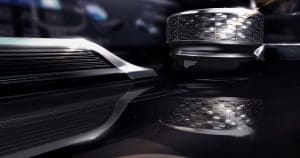 The Wagoneer/Grand Wagoneer appears to use a knob to control either the transmission and/or drive modes.

The second picture released is an up-close shot of a knob on we suppose is a center console inside the vehicle. FCA has extensively used shift knobs in its vehicles so this would certainly fit right in the current set of vehicles from the company and two other pics the company released recently.

Last week, Jeep tweeted a picture of the Grand Canyon with the definition of Grand (magnificent and striking in appearance, size or style, if you’re curious) with tag “Coming Soon.”

It followed that up with a partial picture of the car’s badge and another of the push button starter that will bring the not-yet-revealed behemoth.

The new model, which was originally scheduled to return last year, gives FCA a competitor in the large SUV market currently occupied at the luxury level by the Cadillac Escalade and Lincoln Navigator, in terms of domestic automakers. 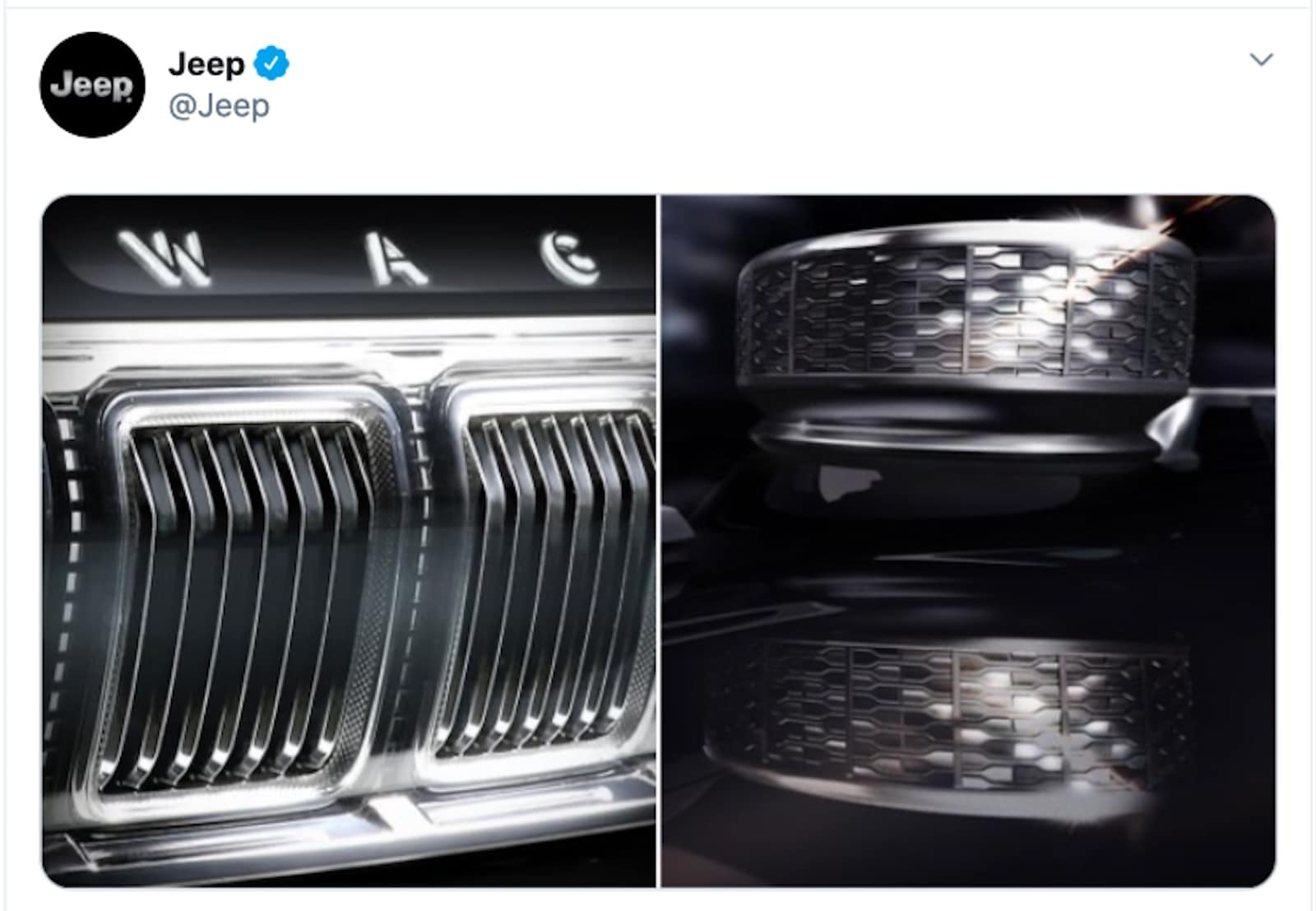 Details are still sparse, but it’s expected to be offered in two versions, the Wagoneer, which will be standard model, and the Grand Wagoneer, the upscale model with an extended wheelbase.

The new Grand Wagoneer will be built on the Ram 1500 body-on-frame platform and is being produced at the Warren (MI) Truck Plant where the Ram was manufactured until recently. The smaller Wagoneer is expected to share the same platform as the Jeep Grand Cherokee.

When it comes to power, the Wagoneer and Grand Wagoneer are likely to offer V-6 and V-8 engine options along with hybrid and plug-in-hybrid variants, although none of those have been confirmed by FCA officials.