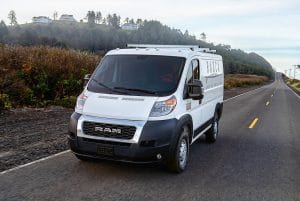 With some help from Fiat Chrysler, Waymo is expanding its push into commercial vehicles.

FCA and Waymo, which already have a well-established partnership, said this week they are taking the next significant steps “in the expansion of their successful autonomous driving technology partnership.”

Waymo will now work exclusively with FCA as its preferred partner for the development and testing of Class 1–3 light commercial vehicles for commercial delivery customers, including Waymo Via, which is oriented towards carrying freight with autonomous vehicles. 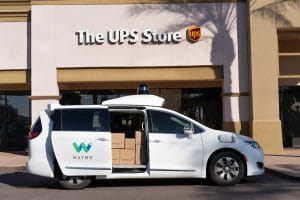 Waymo Via is the company’s growing service that uses autonomous vehicles to deliver packages.

Waymo Via was first established in 2017 and Waymo and FCA said the will initially target integration of the Waymo Driver into the Ram Pro Master, which is frequently used as a delivery vehicle with Waymo Driver.

The pairing of FCA and Waymo helps each company use what each does best to accelerate the development of the technology. The goal, ultimately, is to not only find a solution that helps the automaker with its delivery needs, but also aid each company’s customers delivery services.

FCA also has selected Waymo as its exclusive, strategic partner for L4 autonomous technology across the FCA fleet and has already started to work with Waymo to imagine future FCA products for the movement of people and goods operated by the Waymo Driver. 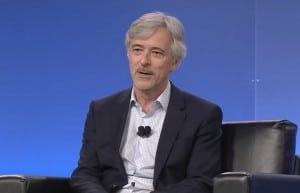 “With this next step, deepening our relationship with the very best technology partner in this space, we’re turning to the needs of our commercial customers by jointly enabling self-driving for light commercial vehicles, starting with the Ram ProMaster.

(FCA maps out a self-driving strategy.)

“Adding Waymo’s commitment to partner with us to deploy its L4 fully autonomous technology across our entire product portfolio, our partnership is setting the pace for the safe and sustainable mobility solutions that will help define the automotive world in the years and decades to come.”