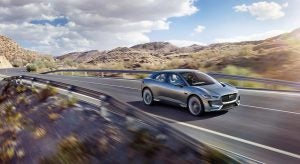 The I-Pace was Jaguar’s first all-electric model, and despite the desire for more EVs in China, tensions between China and the UK could hurt JLR sales.

The Chinese are making new threats at the United Kingdom in a feud about the fate of Hong Kong, putting English brands such as Jaguar and Land Rover in the crosshairs of what amounts to a consumer boycott with the huge comment, according to new analysis from Fitch Ratings.

Chinese state media began explicitly warning how Beijing will retaliate, via economic means, against the UK’s comment that it would suspend its extradition agreement with Hong Kong about security concerns as well as banning the Chinese telecom firm Huawei from building the country’s 5G network, Fitch noted in a new report issued this week.

Part of the retaliation would include a consumer boycott on luxury brands, such as Burberry and Jaguar Land Rover, Fitch said. 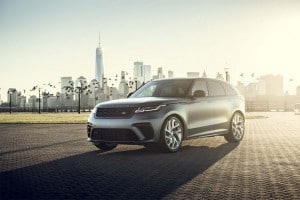 The next-generation Range Rover, due out in 2021, would be a big hit in luxury SUV crazed China.

Fitch noted the latest warnings are the part of an ongoing escalation of rhetoric between China and countries that have commented on the situation in Hong Kong, as well as the banning of Huawei from 5G networks.

In May 2020, China imposed higher tariffs and bans on Australian barley and meat exports. In July, China was said to be considering retaliation, through export controls, against telecom gear makers Nokia and Ericsson if the European Union follows the U.S. and Britain in banning Huawei from their 5G networks.

Boycotts are increasingly becoming a risk for foreign businesses operating in China. As the tension about politics and trade has increased in recent years, global automakers have re-arranged supply chains in an effort to avoid disruptions created by trade friction.

However, China is too attractive a market for car makers to avoid. China also has emerged in recent years as the largest market in the world for luxury goods of all kinds, including luxury automobiles such as those from Jaguar and Land Rover. 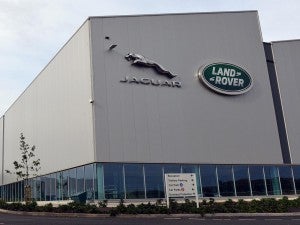 BMW and Jaguar Land Rover along with other UK luxury brands may get banned by China.

“When foreign companies are perceived to have crossed China’s red lines, a boycott usually follows. The next steps taken depends on whether the boycotts are led by consumers, businesses or the central government,” Fitch noted in its new report.

“Consumer-led boycotts leverage the country’s 1.4bn consumer market to shift spending away from certain products. A business-led boycott leverages sponsorship deals, while recently, e-commerce platforms are able to voluntarily remove products and merchandise from their platforms.

“Finally, the state can trigger a public response via the state press. The state can also institute more red tape or regulatory difficulties on companies. The table below highlights some of the more recent boycotts in China,” Fitch added.