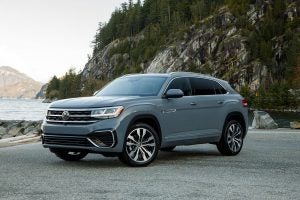 The 2020 Volkswagen Atlas Cross Sport expands the automaker’s sport-utility line-up in the U.S.

After proving that Americans would buy cars made in Europe, Volkswagen has struggled, seemingly for years to connect or re-connect. It has been a bit like a hitter in baseball who is always swinging behind the pitch or a quarterback in American football who can’t quite connect with a receiver on a critical down.

The German automaker’s missed connection came from the lack of sport-utilities in its line-up. However, the company’s been resolving that issue for more than a decade.

Although the Touareg and Tiguan helped to put VW on the radar of SUV-crazed buyers, it was the Atlas that really cemented the company has a “full-fledged” player in the segment. Volkswagen kept up its efforts with the new Atlas Cross Sport. 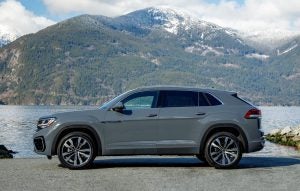 The new Atlas Cross Sport is a full five inches shorter than the conventional Atlas SUV.

Overview: With the Volkswagen Atlas, a midsized sport-utility vehicle aimed at the broad and popular middle of the U.S. market, VW finally seems to have connected with buyers with a stylish, well-equipped vehicle with plenty of new technology and capability that is in tune with contemporary tastes at a competitive at a time when the prices charged for comparable vehicles from the American and Asian rivals have escalated.

Overhead, silver roof rails are standard, as is a panoramic sunroof measuring with a two-part glass opening system and powered sunshade, is available. At the back, the Atlas Cross Sport features the same chromed “Atlas” name strip as the seven-seat version. 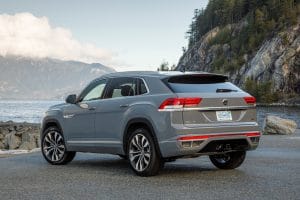 The sportier version of the Atlas Cross Sport is just a two-row vehicle.

Interior: It’s not unusual for designers to note that utility vehicles are designed from the start inside out and it’s obvious when you climb behind the wheel of the Atlas that the interior of the vehicle has been carefully considered. There isn’t anything flashy but the moves and needs of the driver and the passenger have been anticipated in the thoughtful design.

… The Atlas isn’t furnished as a luxury vehicle, but that materials and bright work used to accent the interior design are first rate and offer a generous tactile experience whether in the driver or a passenger seat …

The visibility from the driver’s seat of the steering wheel, key controls and gauges combine to create a level of comfort with a minimum of distraction. The layout of the interior is simple, and the center stack screen is at a height that makes it easy to observe while paying attention to road. 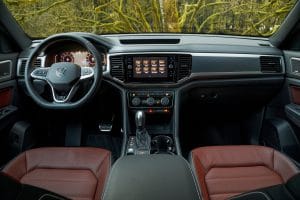 The interior of the new Atlas Cross Sport features a slew of technology and sporty interior.

The inside of the Atlas is also roomy with plenty of headroom, legroom and shoulder room I found and more than enough space for large packages, sporting equipment or luggage. The cargo space behind the second-row seats in the Cross Sport are designed with heavy duty rubber lining that can be washed down after carrying muddy gear. It also has aluminum-trimmed pedal to emphasize it R Line roots.

Powertrain: The Atlas Cross Sport SE w/Technology I drove was powered by a 3.6-liter with direct-injection engine delivering a 276 horsepower and 266 lb-ft of torque delivered through an eight-speed automatic transmission with driver mode control. The engine utilizes a crossflow aluminum-alloy cylinder head design, twin overhead camshafts, four valves per cylinder, and variable valve timing. It also was equipped with the available 4Motion with Active Control all-wheel-drive system.

The latest generation, which is designed to activate before wheelspin occurs, helping eliminate traction losses by using an advanced control function that adjust to specific driving conditions. At relatively low load or when coasting, the front wheels are driven and the rear wheels are decoupled, a feature designed to help to save fuel. 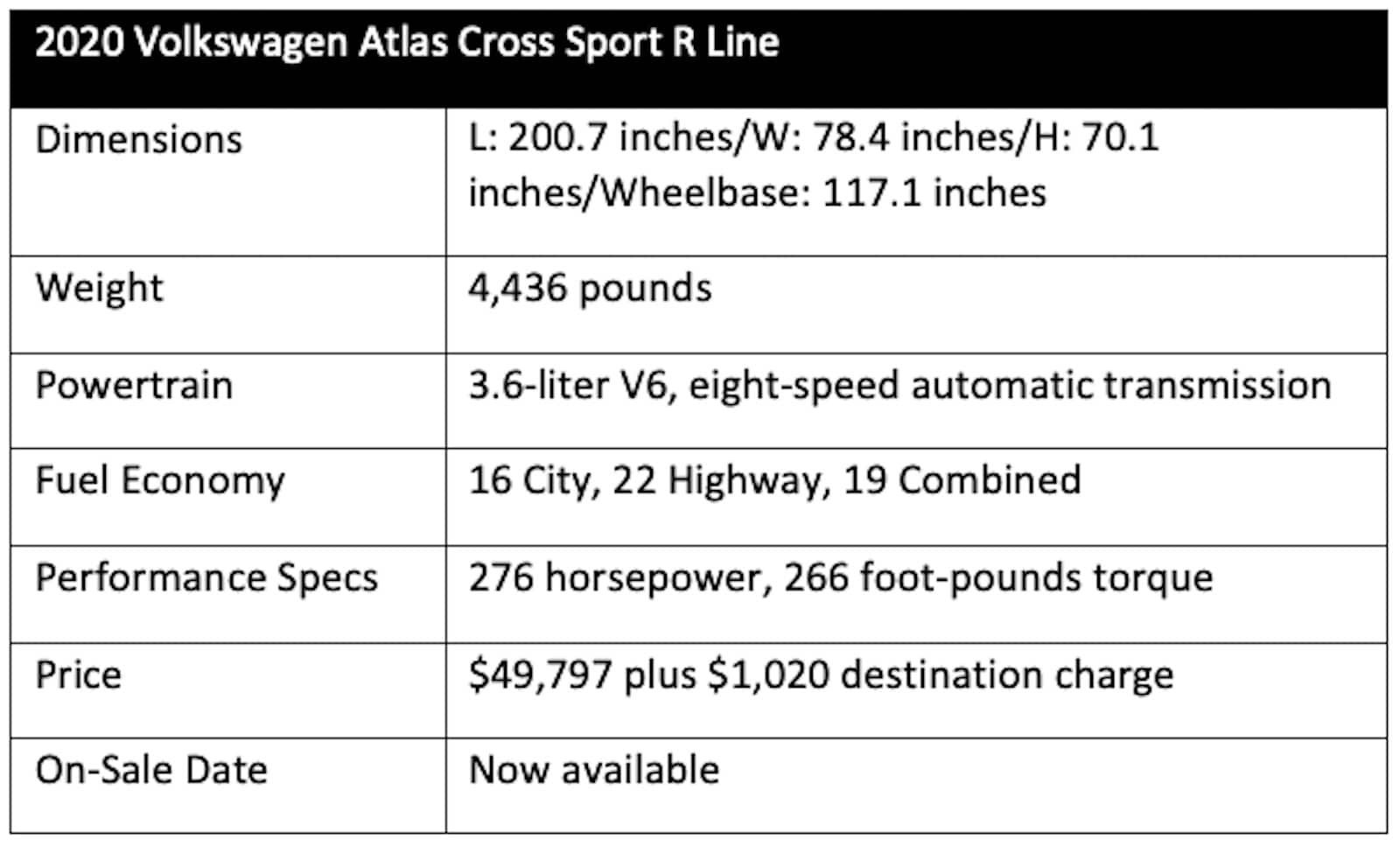 Safety and Technology: Volkswagen of America has emphasized the Atlas is equipped with the technology expected on a vehicle for which the German automaker with a manufacturers suggested retail price of $49,795.

It also has, wireless charging, USB ports, Volkswagen App Connect, Bluetooth, a SiriusXM connection and a Fender Sound System that couldn’t quite seem to hold the radio station to which it was set. Overall though the technology is nicely integrated and ready when its needed.

Driving impressions: I had a chance to take the Atlas Cross Sport on several miles of unpaved country roads and was most impressed, both by the way it handled on loose gravel and over rougher pieces of dirt road. The suspension was very solid and managed the drive with relative ease. Out on the pavement, the Atlas Cross Sport also managed the varieties of pavement with ease. 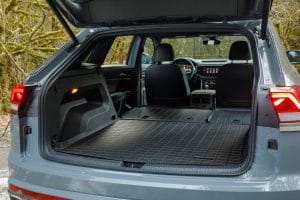 The vehicle also offered all the pickup needed for freeway driving and the steering seemed alert and nimble for a big vehicle, making it easy to handle in a variety of situations and I found the Atlas quite maneuverable. The brakes were up to the challenge that invariably seems to come with urban driving.

Wrap Up:  The Atlas Cross Sport is undoubtedly the most American flavored vehicle offered by Volkswagen since it sold a minivan, the Routan, that was actually made by Chrysler.

But the all-American flavor means that the Atlas fit easily into the market segment where it is up against very aggressive competition and the suburban customers with families who have come to prefer a midsized SUV for its immense versatility have a very concrete set of expectations, including space, power and entertainment. The Cross Sport, with its ground clearance and impressive suspension, adds a bit of capability to the mix at a reasonable price. 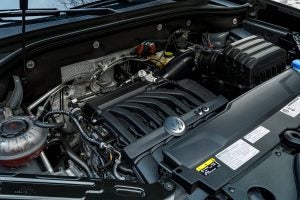 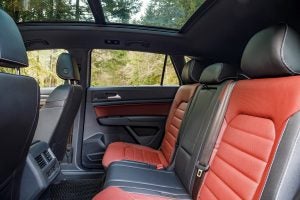