“Whichever Way is Necessary,” Detroit Auto Show Will be Back in 2021, Organizers promise

Move to June will create numerous opportunities – including ways to react should pandemic linger on. 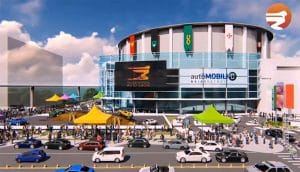 A rendering of the 2021 North American International Auto Show reveals one new feature: a chance for visitors to test drive new vehicles.

The North American International Auto Show, forced to cancel its debut June outing, will be back in 2021, organizers promised on Tuesday, adding that they are looking at ways to handle the event should the coronavirus pandemic drag on through next year, as a number of experts are warning.

This was to have been a big month for the NAIAS which had been scheduled to switch from its traditional January timetable. Like virtually all global auto shows, the event was scrubbed, however, due to the massive outbreak of COVID-19, the disease caused by the coronavirus. As the number of cases reported in Motown soared over the spring, the TCF Center convention facility where the show was to have been held was converted to an emergency field hospital to help Detroit’s struggling hospitals.

Detroit isn’t alone, however. Events from Beijing to New York to Paris have been cancelled or postponed, adding to concerns that auto shows may be running their course, automakers looking for alternatives like CES or even the online webinars that have become this year’s alternative for introducing new products.

There’s no question, “We have to evolve. We can’t stay static,” said Rod Alberts, head of the Detroit Auto Dealers Association, during a webinar sponsored by the Detroit Automotive Press Association. But that doesn’t mean traditional auto shows are going away. No alternative, he argued, offers “the bang for the buck,” whether for automakers showing off new products or consumers looking to compare the various vehicles on their shopping list. 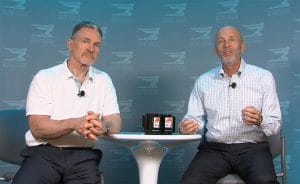 Detroit organizers will have a chance to prove how well they’ve evolved in June 2021, picking up and adding to the plans for the event that was to have taken place this month. DADA officials say they’ve created seven car shows in one, starting with the traditional gathering at TCF Center. They also will use adjacent park space along the Detroit River, as well as facilities in other parts of downtown Detroit. One, for example, will focus exclusively on the ultra-premium brands that have been absent from the January NAIAS in recent years. Another, the Motor Bella, will focus on various British and Italian brands.

“If there’s any silver lining it’s that we have more time to refine our show” by pushing back to June 2021, said Doug North, a suburban Detroit auto dealer serving as the chairman of next year’s event.

Part of the challenge, however, is figuring out how to deal with the coronavirus. As the surge in cases across the U.S. is demonstrating, the disease is proving tough to beat back. Dr. Anthony Fauci, the man leading the government’s containment effort, has repeatedly warned of a second wave of infections, other experts telling the country the pandemic could drag on for a year or more.

What that could mean for large public gatherings is far from certain, but DADA Director Alberts said, “We’re confident we’ll find a way to pivot the show whichever way is necessary,” if the pandemic drags on. That could force a reduction in the number of people allowed on the show floor at any one time, he said, while the organization might also have to trim back on ticket sales for the annual charity ball marking the public opening. The DADA might also have to put limits on the number of journalists credentialed for the 2021 media preview, he added. 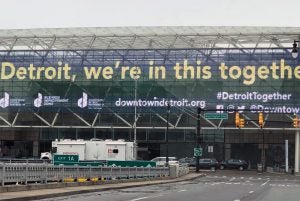 Detroit’s TCF Center was converted to an emergency COVID-19 treatment center, ensuring the cancellation of the 2021 auto show.

The pandemic has hit the auto industry in all manner of ways. A recent study by AlixPartners noted automakers around the world have generated more debt since March than they did during the entire Great Recession, something the consultancy said would contribute to an industry-wide “profit desert.”

J.D. Power, LMC Automotive and other research firms anticipate U.S. sales will slip to around 13 million this year compared to 17.1 million in 2019. That is, however, slightly better than many had expected going into the nationwide lockdown in March.

“We can thank this emerging digital sales process for the better-than-expected sales we experienced,” said NAIAS Chair North, whose own showroom joined those around the country in switching to online retailing to keep demand building.

Ironically, the pandemic may actually play out to the auto industry’s advantage in at least one way, noted Alberts.  As recently as last winter, conventional wisdom suggested Americans would start abandoning personal vehicles in favor of ride-sharing services Uber and Lyft. But, recent studies by Capgemini and IBM, among others, have found Americans increasingly reluctant to use either mass transit or ride-sharing. There already are signs that this is encouraging a burst of demand for new vehicles.

“Sometimes it take something like what we’re going through to rekindle the American love affair with the automobile,” said Alberts.

(GM hopes to back to normal production capacity by end-June.)