Corridor runs from Mexico to Canada. 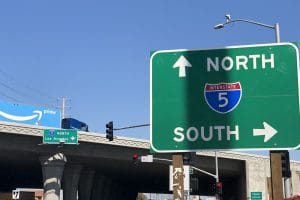 A group of utilities and agencies claim the 1,300-mile stretch of I-5 from Mexico to Canada can form a massive charging network for BEV trucks.

Just as Tesla said it was accelerating the timeframe for production of its battery-electric semi and rival Nikola showed off its BEV model, the way these things are going to get charged up on the West Coast has just become a little clearer.

Nine electric utilities and two agencies representing more than two dozen municipal utilities in California, Oregon and Seattle have come up with a plan to add electric vehicle charging for freight haulers and delivery trucks at 50-mile intervals along Interstate 5 and adjoining highways.

This more than 1,300-mile stretch of interstate from Mexico to Canada has been dubbed the West Coast Clean Transit Corridor, and all of the stake holders rolled out a new study showing just what they want to do to make it happen.

The study proposes a phased approach for electrifying the I-5 corridor, starting with the installation of 27 charging sites along I-5 at 50-mile intervals for medium-duty electric vehicles, such as delivery vans, by 2025. Then, later, 14 of the 27 charging sites would be expanded to also accommodate charging for electric big rigs by 2030, when it is estimated that 8% of all trucks on the road in California could be electric. 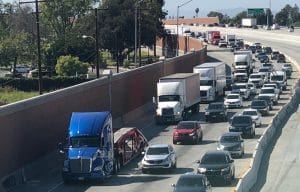 Several utilities have pulled together to posit the idea of a charging corridor on I-5.

“The results of this study provide a roadmap for electric utilities in Washington, Oregon and California to help electrify transportation in a coordinated fashion,” said Katie Sloan, director of eMobility and Building Electrification for Southern California Edison, one of the study’s sponsors.

This means the millions of dollars invested by companies like Amazon, UPS, FedEx and others to develop battery-electric delivery vehicles will see a real return. As for the larger Class 8-style electric rigs from Tesla, Nikola, Thor and others, the future is a bit further down the road.

However, many of those vehicles were initially seen only as vehicles to help improve air quality while moving freight from ports to intermodal distribution centers within a 200-mile range where they could offload their cargo and it would be transferred to more conventional transportation options. 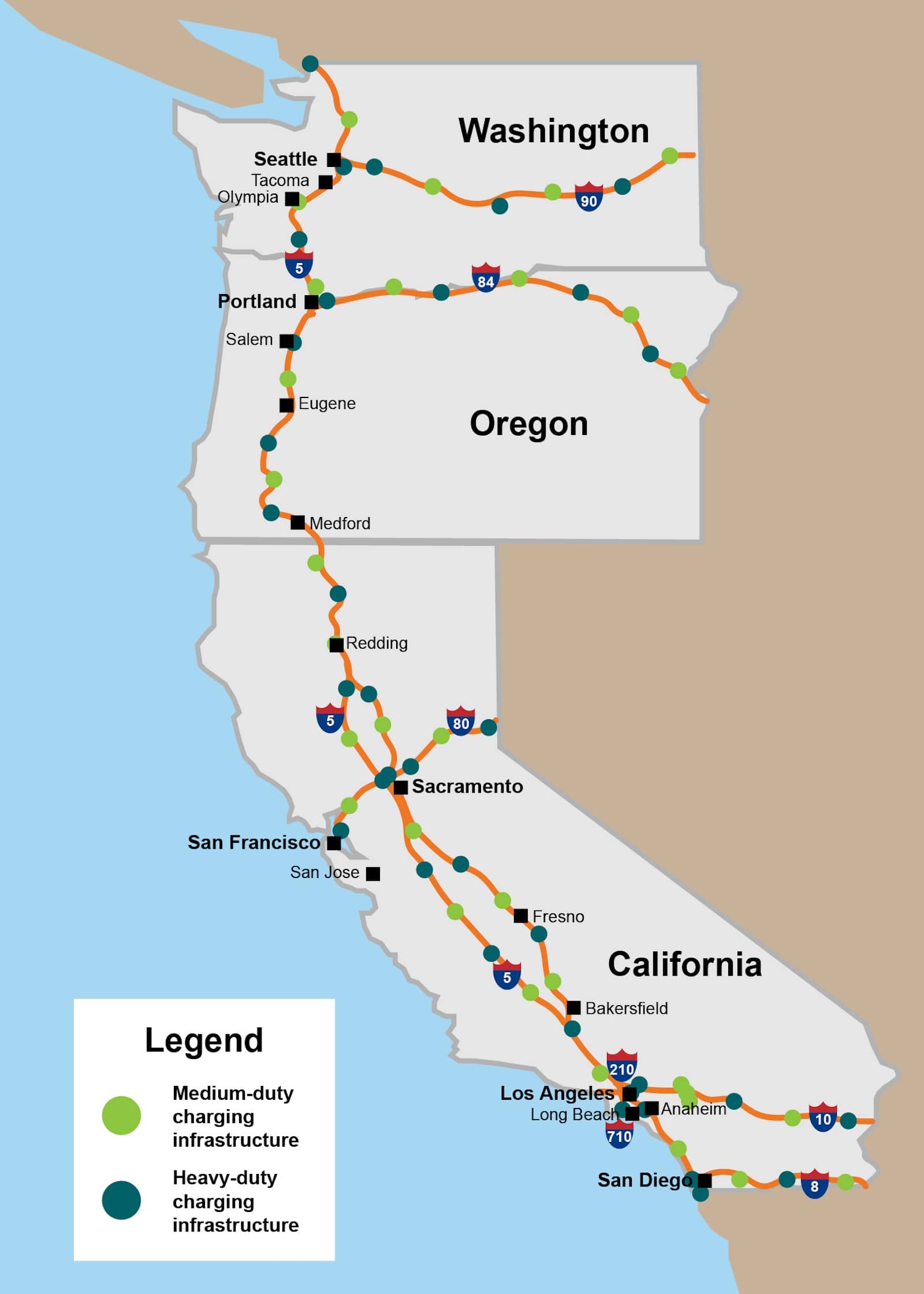 The map of the West Coast Clean Transit Corridor.

Key findings in the report include that:

“Electrifying delivery, freight and other commercial transportation on I-5 and adjoining highways will help bring us closer to achieving clean energy and environmental goals, and will mean major health benefits to the communities near those highways,” said Eva DeCesaro, senior product manager, Transportation Electrification for Pacific Power. “This is especially true for underserved communities that are disproportionality impacted by carbon pollution.”