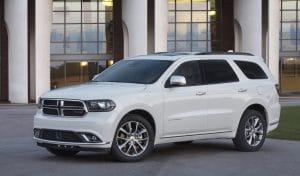 Fiat Chrysler’s Dodge brand leapt to the top of J.D. Power’s latest IQS courtesy of vehicles like the Dodge Durango.

It’s not often an automotive brand can go from laggard to leader, but that’s precisely what happened on this year’s J.D. Power Initial Quality Study where Fiat Chrysler’s Dodge division became the first-ever domestic brand to rank number one overall.

FCA’s Ram brand, meanwhile, slipped into third, outperforming such traditional quality leaders as Honda, Toyota and Lexus. Jeep also outperformed the industry average on Power’s 2020 IQS – which measures the number of problems owners report with their vehicles after the first 90 days on the road. Of all the automaker’s Detroit-based brands, in fact, only the namesake Chrysler division lagged the pack.

While “I wouldn’t say we were completely surprised … we are thrilled” by the results, Mark Champine, head of quality for FCA North America, told TheDetroitBureau.com in an exclusive interview.

It wasn’t all that long ago that FCA’s U.S. brands all struggled at the back of the back, considering it a good showing to just come close to industry average. So, the results of the 2020 Initial Quality Study are significant on a number of levels. And it’s all the more significant considering the changes made to the survey of owners this year that dragged the overall industry score down a fair bit. 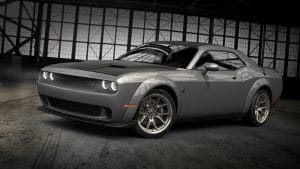 The Dodge Challenger, which is celebrating its 50th anniversary, has been around a while, leading some to think that FCA finally sorted out all of its problems.

Not only did three of FCA’s four domestic marques climb into the ranks of the industry’s best, but also nine out 12 nameplates scored above average.

For his part, Champine insisted “These awards are not a fluke,” adding that “Quality is not by accident.”

After years of struggle, FCA made a determined effort to move out of its low-quality rut, he said. It worked with Power and other researchers to identify the sources of its problems. It targeted specific issues and, as the company came up with a fix for one model, it transferred that learning to other products.

“We knew we had work to do on quality. We took a very disciplined approach,” Champine said during a telephone interview on Wednesday, just as the results of the 2020 IQS were formally being released. “It’s why we’ve seen progress across the board, and not just limited to a handful of models.”

In years past, FCA would wait until problems became apparent and then search for fixes. The drawback to that approach, said Champine, became readily apparent with the quality problems the company faced two years ago with the launch of key products like the latest-generation Jeep Wrangler. The carmaker was determined to avoid such problems with the debut of the eagerly awaited Jeep Gladiator this past year, setting out to identify – and correct – potential quality issues before the first of the pickups rolled down the assembly line.

”The success execution of our launches is a huge focus,” said Champine, adding that “The Gladiator launch exceeded our targets.”

The introduction of the all-new Jeep Gladiator was the inspiration for FCA to take a closer look at resolving its quality problems.

But not everything is going as smoothly as he’d like, Champine admitted. The Chrysler brand ranked 26th among the 32 brands covered by the 2020 IQS, hardly something to be proud of – especially considering the marque’s only product these days is the Pacifica minivan.

Fixing Chrysler is “our assignment,” he said. “That’s our follow-up.”

Exactly why Pacifica fared so poorly may take time to fully understand, however. The minivan took a number of hits for its infotainment and other high-tech systems, many of them shared with other FCA nameplates.

Whatever the source of the problems, said Champine, “We have to work to make sure the ease of use of the features on that vehicle satisfy the customer. We still have work to do.”

The unexpected surge by FCA overall, and the Dodge brand, in particular, took some observers by surprise. 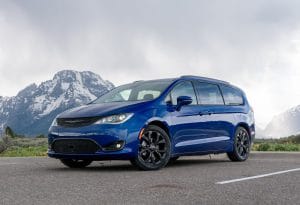 Despite the efforts to improve quality across the board at FCA, Chrysler finished in the bottom third of the Power IQS.

“It may be the fact that their product line-up has been around so long,” said an executive with a competing manufacturer asking not to be identified by name.

There is little doubt FCA has had plenty of time to pore over past problems with aging models like the Dodge Charger and Challenger. But the successful launch of the new Jeep Gladiator can be seen as a sign that FCA is becoming more proactive about quality.

“You’re going to see that this isn’t a one-year fluke,” promised Champine.

The IQS is one of the industry’s most closely watched studies. But there’ll be close attention paid to two other upcoming J.D. Power reports. In the month to come, the research firm will follow up with its APEAL study which, as the name suggests, puts its focus on the things customers like about individual brands and products. Think of it as a “things gone right, rather than a “things gone wrong” survey.

There, FCA products have traditional done quite well, especially Dodge which has a solid following for its muscle car lines like the Charger and Challenger. If that holds true this year, “that (would be) a very powerful combination,” said Champine, indicating “we deliver to customers what they want and now they’re satisfied with the quality of the vehicle, too.”

The third Power report, the Vehicle Dependability Study, focuses on longer-term reliability, another area where FCA has traditionally lagged. It could take a few years before the surge in the automaker’s quality numbers show up in the VDS, however. But if that eventually happens it would complete a long-sought transformation from laggard to leader.