Tesla CEO Elon Musk finds himself and the Tesla board being sued by investors about his compensation and other issues.

Tesla is facing a variety of accusations involving alleged mismanagement, the awarding of improper compensation and other examples of “unrelenting avarice.”

With its stock floating in the $1,000 range and its market capitalization approaching that of industry giant Toyota, Tesla finds itself coming under closer scrutiny than ever from both friend and foe. One major investor this week filed a lawsuit against the company, its board and CEO Elon Musk, while another large shareholder pushing to block the re-election of Tesla’s Chairwoman Robyn Denholm.

The lawsuit filed by the Police and Fire Retirement System of Detroit points, among other things, to lavish pay and compensation awards for CEO Musk – who stands to receive billions of dollars if Tesla hits various earnings and market cap targets. It alleged such packages, approved by board members such as Oracle Corp. founder Larry Ellison; Fox media mogul James Murdoch, and Elon Musk’s brother, Kimbal Musk, have drained corporate assets during a three-year period.

“They have granted themselves millions in excessive compensation and are poised to continue this unrelenting avarice into the indefinite future,” lawyers noted in a 78-page complaint filed in Delaware Chancery Court, the case now scheduled to go to trial in October 2021. 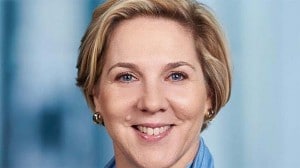 Australian Robyn Denholm succeeded Elon Musk as Tesla’s chairman, but some investors want her out.

In a separate development, the proxy advisory service, Glass Lewis, has become the second group to seek to oust Denholm as Tesla’s chair. It joins proxy adviser Institutional Shareholders Services, or ISS, which raised its own concerns about the Australian transplant earlier this week.

Both have raised numerous concerns about her stewardship. As with the Detroit pension fund’s lawsuit, they point to the high compensation that has been awarded to CEO Musk and other Tesla directors.

The 57-year-old Denholm was working in the Australian telecomm industry when recruited by Tesla, becoming its chair in November 2018. She replaced Elon Musk in that role, a move that came as part of a settlement with the U.S. Securities and Exchange Commission resolving the CEO’s false claim to have “funding secured” to take Tesla private.

Musk continued battling with the SEC about tweets the agency felt had material impact on Tesla stock. At one point, government lawyers threatened to have Musk barred from any management role in the company, but the two sides ultimately reached a more limited settlement that requires Musk to have tweets reviewed by Tesla lawyers if they could impact the company’s stock in addition to his removal as the company’s chairman.

Ironically, Tesla shares are now going for nearly 2.5 times more than the $420 figure Musk claimed it would be priced at in his privatization scheme. That has generated celebrations by investors – and significant additional wealth for the CEO. Not only have his own holdings skyrocketed but, in May, he received a $700 million payout based on hitting share price and market cap targets. Eventually, Musk could gain compensation of as much as $55 billion, according to a report by Forbes. 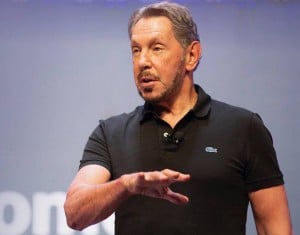 Tesla added Oracle founder Larry Ellison to its board of directors, meeting the terms of its settlement with the SEC.

Directors, meanwhile, have also fared well, the Detroit pension fund lawsuit noted. Non-employee directors Ellison and Murdoch each received stock grants worth over $8.7 million in 2018, while Denholm was the second highest-paid board chair in the country that year.

Members of the board, the lawsuit claims, have used their positions to “enrich themselves at the company’s expense.”

Whether other major investors will sign on in the bid to block Denholm’s re-election is uncertain, especially at a time when Tesla’s finances appear to be moving in the right direction. The company delivered an unexpected profit for the first quarter, its first ever during that three-month period. It has its second plant in China rapidly accelerating production for a market promoting sales of “New Energy Vehicles.”

It is now pitting the states of Texas and Oklahoma against one another in a bid to gain maximum handouts in return for setting up its second U.S. assembly line. Another plant is under construction in Berlin.

But there could be challenges ahead. There have been reports of weaker than expected U.S. sales for the new Model Y, and the electric-SUV has come under widespread criticism for quality problems including faulty seats, bad paint and misfit trim.